Former President Trump headlined the Conservative Political Action Conference tonight and declared Americans would take the country back for him in 2024 and urged them to “stand up to left-wing fascists” in the midterms this year.

He declared the 2020 election was “stolen,” and said it will be proven on camera soon.

“We did it twice, and we’ll do it again,” he said, once again teasing his first presidential announcement.

“You could take the five worst presidents in history, and they wouldn’t have done the damage President Joe Biden has done in such a short time.”

He painted a dim view of the country at present, saying that the streets are “drenched in blood,” and that a “radical left zealot” has been nominated to the U.S. Supreme Court.

Trump said the United States military was “humiliated” in its exit from Afghanistan.

“Joe Biden has turned calm into chaos,” he said. “Stability into anarchy.”

Speaking most extemporaneously for more than an hour and 30 minutes, he touched on the crisis in Ukraine, calling president Volodymyr Zelenskyy “a brave man.” He praised him for “hanging in.”

“[The Ukrainian crisis] is an outrage and it should never have been allowed to occur, we are praying for the proud people of Ukraine. God bless them all,” he said, adding that it never would have happened had he been president.

Trump called Biden “weak and grossly competent,” blaming him for the crisis in Ukraine.

He defended his previous comment calling Putin smart, adding that NATO is looking “the opposite of smart,” and that sanctions are a weak response.

“The problem is not that Putin is smart, it’s that our leaders are dumb,” he said. “They’re allowing [Putin] to get away with this assault on humanity. Putin is playing Biden like a drum.”

Trump said he got along with Putin, as well as North Korean leader Kim Jong-un.

“It’s not a bad thing to get along with people,” he said.

Trump promised that the wall along the southern border will be finished.

“They want to say their borders are sacred and we feel for Ukraine in so many ways,” Trump added. “But Ukraine’s sovereignty must be defended at all cost, they say, even while they destroy our own borders and surrender our own sovereignty.”

Trump took note of reporters covering the event, saying, “That’s a lot of fake news, look at all of those cameras.”

The crowd quickly booed the media at the event. 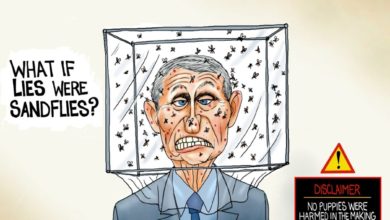 Cartoon of the Day: It’s A Dog’s Life 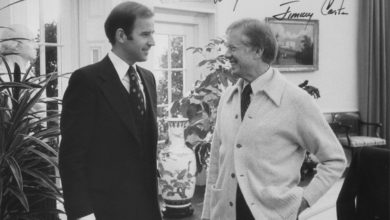 2022 Inflation Crisis Worse Than Anything Experienced In The 1970s 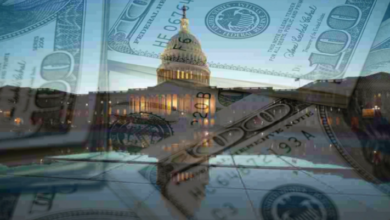