The defining moment of the speech was the Democrats’ attack against Carryn Owens, widow of slain Navy SEAL William “Ryan” Owens.  The party who booed God twice during their 2012 national convention just booed a woman whose husband sacrificed his life for the country he loved.  The Democrats would have you believe that President Trump planned and carried out the mission and is personally accountable for the SEAL’s death.

The truth is that planning for the mission began under Obama.  The intelligence and military leaders proposed the plan to Trump but the fact that those responsible for carrying out the mission botched it is not the president’s fault.

Here is what liberal snowflakes had to say: 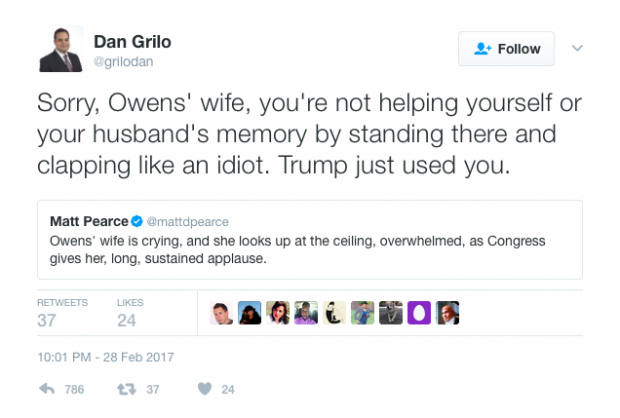 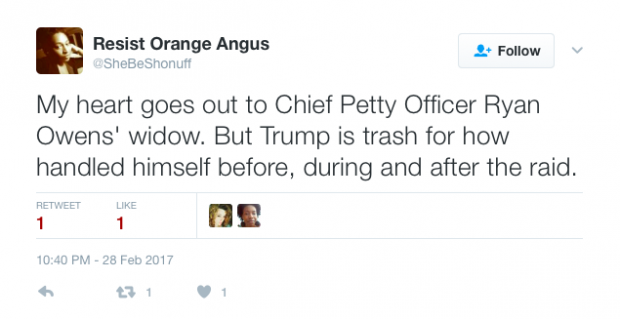 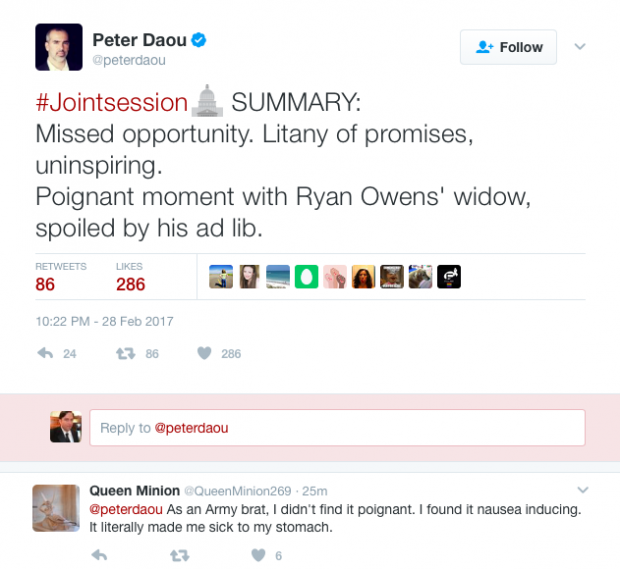 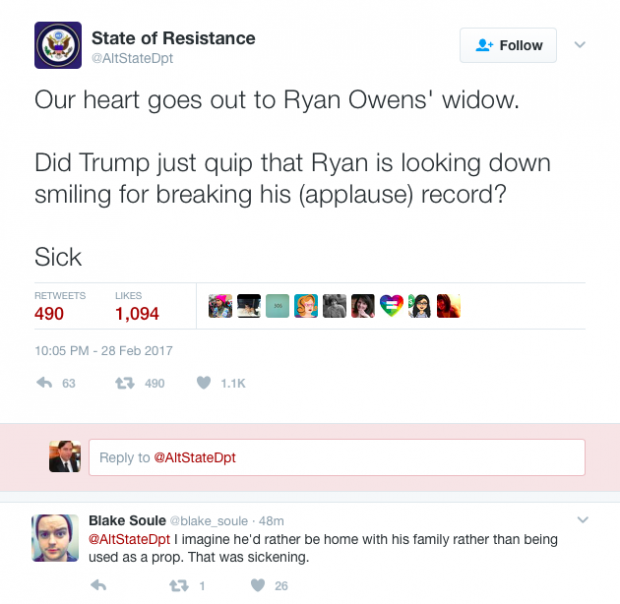 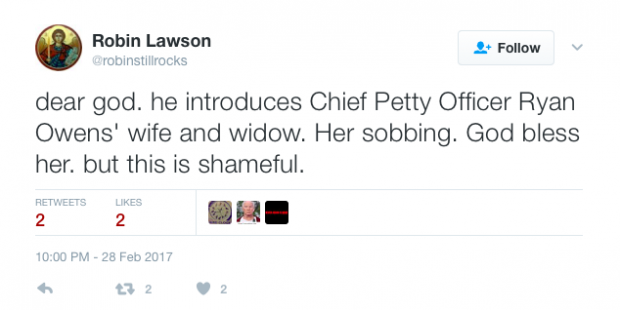 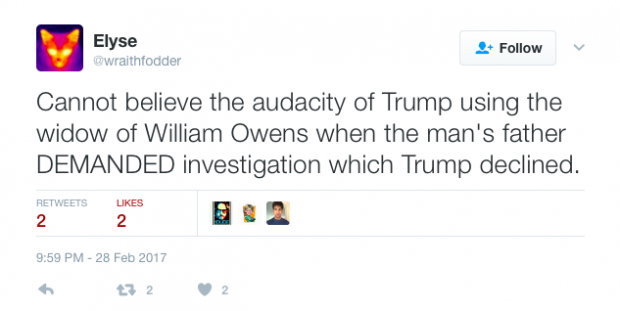 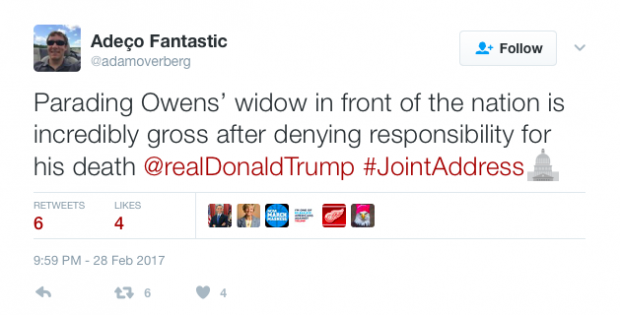 Trending: House To Vote On DC Statehood On Tuesday! 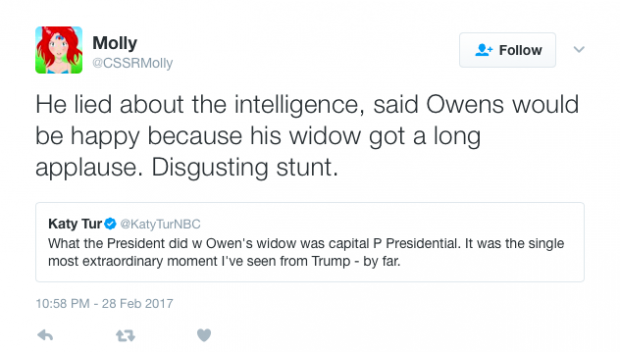 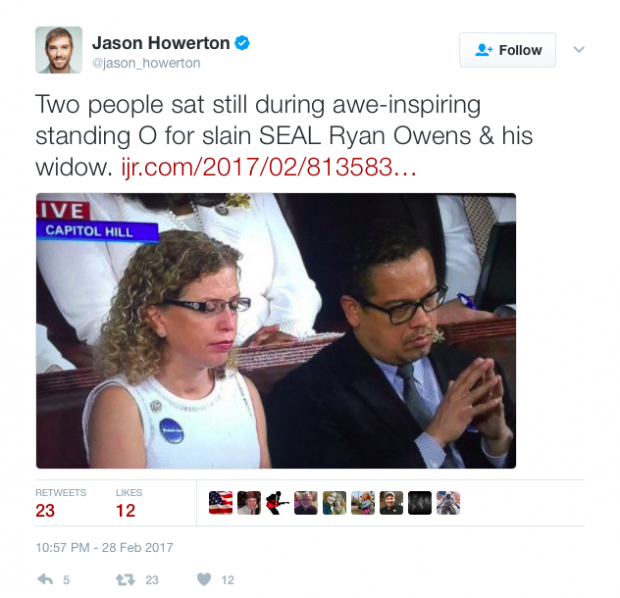 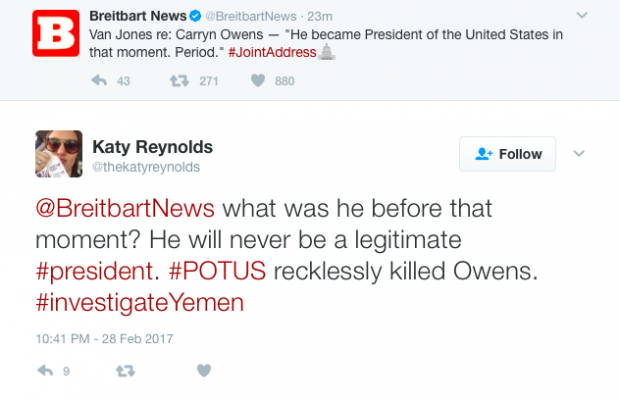 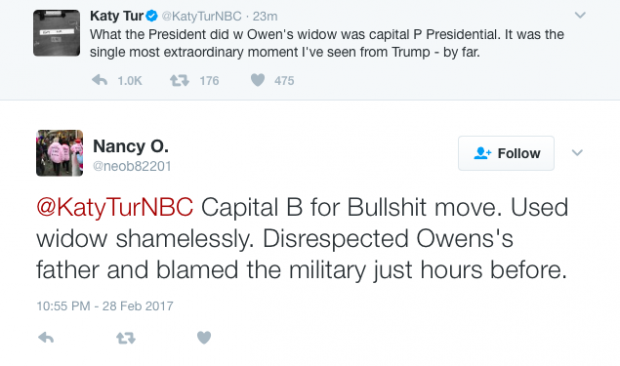 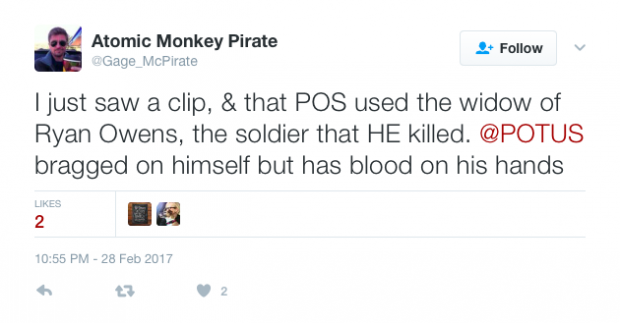 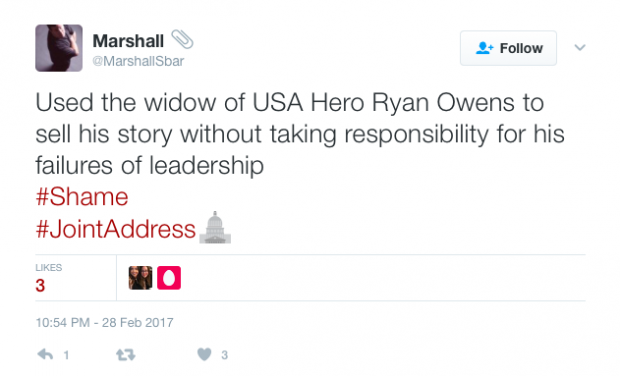 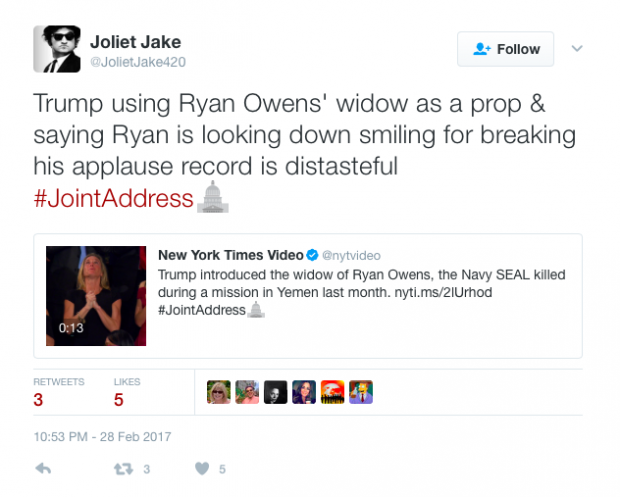 Yes, Bernie.  It’s disgusting that someone who went to college for 12 years makes more than a high school dropout, you freaking idiot. 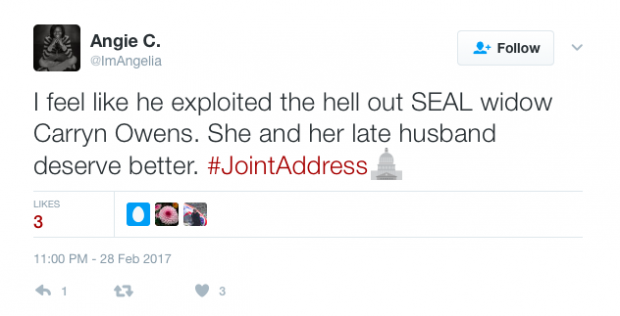 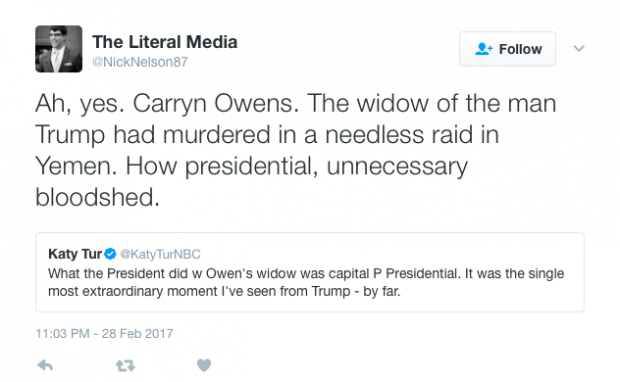 By their deeds, you will know them.