No, this isn’t satire. Cuomo really has made the political hatred intensely personal, like almost everything else he does.  He vetoed a bill literally having nothing to do with Trump… because of Trump. Andrew Cuomo is embracing his inner Godfather.

A New York Democrat put forward a bill to extend the right to officiate weddings to Federal judges as well as State judges. Here’s the problem they were trying to fix:

Under current New York law, all state judges can preside over weddings in their official capacity — as can the governor, mayors, former mayors, some city and deputy city clerks, local justices, clergy members and any member of the public ordained especially for the occasion.

But only certain federal judges in New York — from the second circuit court of appeals and Southern, Eastern, Northern and Western districts — are eligible to officially preside over the ceremonies. The bill would have expanded that to all New York federal judges, as well as those from out of state.

So, a New York Democrat co-sponsored a bill extending that same ability to Federal judges.

Democratic state Sen. Liz Krueger of Manhattan told The Post that she helped sponsor the bill because it was a no-brainer.

’Four years ago, we gave the governor the ability to perform marriages. Two years ago, we gave legislators that ability. So when it was suggested to me that we expand it to federal judges, I thought, ‘Why not? The more the merrier!’ ‘ Krueger said.

‘I’m certainly no fan of the judges this president is choosing to appoint, but since any New Yorker can become a minister online for $25 and legally perform weddings, I didn’t consider this to be a major issue.’’

But we are talking about the Governor who once told conservatives to get out of New York,  who threatened organizations that did not endorse him for re-election, who pressured several financial service providers, banks, and insurance providers to stop doing business with the NRA, who won’t allow fracking in NY State, despite the rich reserves of natural gas. Cuomo only cares about one opinion—Cuomo’s.

Must have been his brother’s turn with the shared Cuomo brain.

Here’s what he said:

“I cannot in good conscience support legislation that would authorize such actions by federal judges who are appointed by this federal administration,” Cuomo said in a statement Friday as he shot down the bill — which was passed overwhelmingly by the Democratic-controlled state legislature.

“President Trump does not embody who we are as New Yorkers,’’ the Democratic governor said. “The cornerstones that built our great state are diversity, tolerance, and inclusion. Based on these reasons, I must veto this bill.”

HUH? That was obtuse, even for Andrew Cuomo.

What’s the over-under on Federal Judges in New York suddenly experiencing a ‘Mass Conversion’ to Jedi or some other mail-order religion as a workaround? You know—we could use some Jedis in NY State—especially since Andrew Cuomo’s real first name is Darth.

Or will New Yorkers have the good sense to send that bill BACK up to the ‘GodCuomo’ for him to choke on it and his own ego?

It takes a small man to play such petty politics. And Andrew Cuomo is a small man who needs to have big control, as his ego is the only thing that matters. 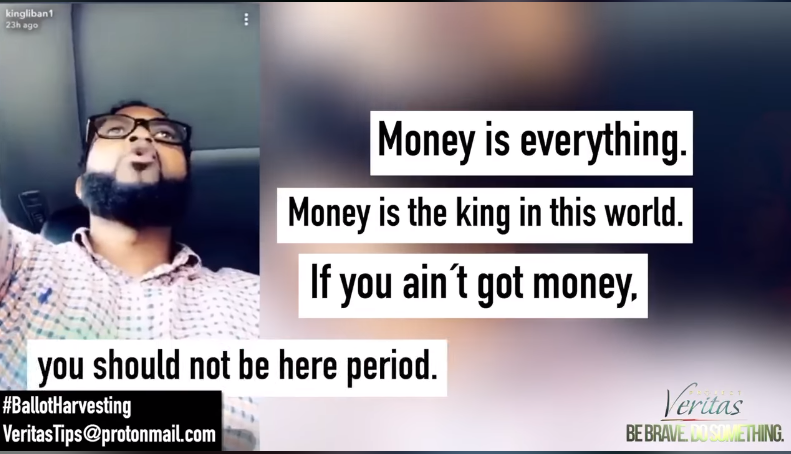 Liberal pastor dumps on 4th of July as racist, fascist, gets hammered on Twitter