On Monday, Democratic Party front-runner Hillary Clinton was seen nodding in approval as one of her supporters falsely claimed that manufacturers of guns and ammunition are turning U.S. citizens into terrorists.

“If we all get angry enough we can start saving lives and stop making…our citizens are the terrorists,” said a woman who participated in a gun violence forum held in Port Washington, N.Y.

“We’re so worried about terrorism but we have terrorism on our own soil. Our gun manufacturers, our ammunition manufacturers are making terrorists out of our citizens. A sobering fact,” the woman falsely claimed.

“Go online,” she added as Clinton continued to nod in approval. “Go buy a semi-automatic weapon. They’re all available online with not much to prove because mom and pop somewhere out there are making them, and there’s nothing to prevent people who are mentally ill and people who are on terrorist watch lists to making our citizens become terrorists.”

Out of 7,686 firearms recovered and traced in New York that year, only 55 were first purchased in Vermont, according to the Bureau of Alcohol, Tobacco, Firearms and Explosives.

That’s compared to 371 that came from Pennsylvania, 395 that were sourced to Virginia, and 386 from Georgia.

But Clinton added a new wrinkle to her claim on Monday.

“The state that has the highest per capita number of those guns that end up committing crimes in New York come from Vermont,” Clinton said at the forum.

A 2010 report from the anti-gun group Mayors Against Illegal Guns said Vermont was 16th in terms of the number of “exported crime guns” per 100,000 state inhabitants — a far cry from Clinton’s claim. 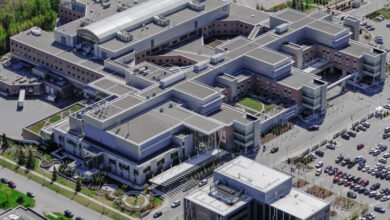