Democrat lawlessness is on display in Florida: In two articles in the Gateway Pundit, one of the Republicans designated to watch the recount in Palm Beach County, John Loudon, stated that he not only witnessed what appeared to be fraud, but was threatened by election officials. An election worker in Broward County saw officials filling out blank ballots and brought it to the attention of the SOE. She was fired and told not to come back.  Democrats have no solutions: all they have left is fraud.

Democrats complained about illegals whose votes were not counted. Does the word “illegal” not register in their brain? They want those votes counted. They know exactly what they are doing- and they do not care. 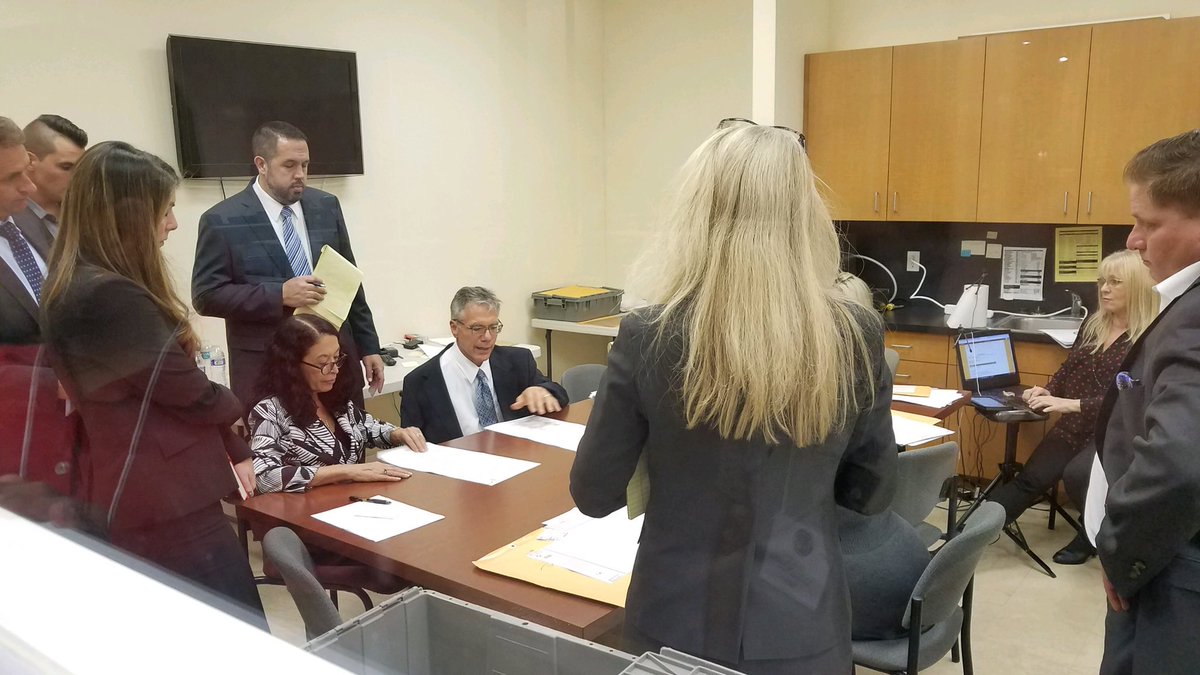 Affidavit filed by Broward Election’s employee in support of Caldwell lawsuit provides eye witness account of Elections staff filling in blank ballots. When this was reported the employee was fired and told not to come back. #sayfie

Jeff Kottkamp is the former Lieutenant Governor of Florida. The elections employee filled out an affidavit claiming that she saw elections staff filling out blank ballots. It also occurred in 2016.

Elections supervisor Brenda Snipes has been accused of mixing bad ballots in with good ones, and suddenly allowing three truckloads of ballots that were legally supposed to be uploaded before the election. She has in the past been accused of “1. Illegally destroying ballots, 2. Secretly opening mail ballots, 3. Sending voters too many ballot pages, and 4. Leaving const question off ballot” as Marco Rubio tweeted (we previously reported). And she still has her job. Lawlessness. Democrats do not care.

Dr. Gina: Reposting former tweet to be VERY specific since @johnloudon was (finally) sleeping after being up all night watching the #FloridaRecount when I posted. The details are important so I want to use his words, exactly…

Dr. Gina: My husband @johnloudon spent the entire night (midnight-8 am) watching Dems steal our #FloridaRecount. He saw 1000s of ballots not counted then moved, unsecured out of view of observers to be filled in later by unknown people as they see fit…

(3/3) He saw clerks coming in & out of a back door where there were trucks at totally unsecured rear dock. When he tried to call infractions to the attention of SOE, she told him she would throw him & ALL repub’s out. He recorded all & signed affidavits. #FloridaRecount2018 pic.twitter.com/yb0Igf8Nhy

Think about it, America. Democrats have worked hard to steal the midterm elections. And they do not care one bit if their actions are illegal. Not one bit of remorse, not one ounce of integrity.

The crappy old machines can only recount 1 election at a time. So first we recount US Senate, then Gov race, then AG Commissioner.”

“The only “good” thing is that recounts must happen before this Thursday so the Dem State Rep. candidate seeking a recount according to his 31 vote loss is apparently sol due to his fellow Dems using outdated machines.”

“The crappy old machines are jamming up and mauling ballots, so the “solution” is to cart them deeper into the big warehouse out of view of GOP observers for “cleaning up”. There is no way to know what they are doing with these ballots, the undervotes for instance,” Mr. Loudon said.

“If you voted for DeSantis for Governor, but missed voting for Scott for Senate…I personally saw a ballot entirely GOP but with Nelson for Senate.”

“Florida ballots are filled out by filling out a line between two arrows to signify your choice using a black pen. Republican observers I spoke to were stunned to see that the people recounting the ballots and separating out ballots that were “undervoted” (meaning no candidate was chosen and “overvoted” (meaning more than one candidate was indicated) were all armed with black pens that could easily be used to fill in undervote ballots or spoil overvote ballots which could easily be thrown back into the counting machine.”

“The pens were necessary for completing forms to go with the boxes of ballots but now the ballot counters have red pens.”

“I also personally witnessed an uncounted ballot rejected by the machine, slid under a stack of counted ballots so it will not be counted. This happened at the single machine closet to the observers but there are seven other machines.”

This will not end well, America. Election theft is a serious issue. Even in Arizona, a radical socialist has pulled ahead over a US Veteran. Radical socialists and those who hate America and our Constitution have been winning. How are they winning? By theft, by fraud, by subterfuge.