The latest complaint comes from the New York Times’ poster child for black victimization, Charles M. Blow. To listen to Blow rail out at conservatives like Rush Limbaugh, whom he mocks as never having been “accused … of being a complex thinker,” you get the impression Blow thinks the Times hired him because of his own deep thoughts.

Blow’s oeuvre finds its point of departure in an interview of black billionaire Oprah Winfrey by the BBC in which she remarked somewhat cryptically, “There is a level of disrespect for the office that occurs. And that occurs, in some cases, and maybe even many cases, because he’s African-American.”

It’s not instantly clear that the verb occurs in the first sentence is a predicate of disrespect rather than office, but the pronoun he in the second sentence, Blow advises, refers to Barack Obama.

The paragraph that follows is as fair and open-minded as Blow has ever appeared. He writes

With that remark, Winfrey touched on an issue that many Americans have wrestled with: To what extent does this president’s race animate those loyal to him and those opposed? Is race a primary motivator or a subordinate, more elusive one, tainting motivations but not driving them?

It’s a good question — it certainly seems to justify a cynical reading of the findings in a recent Pew Research poll in which 82% of blacks surveyed said they approved of the job Barack Obama is doing. If nothing else, the 82% figure was an outlier.

But Blow doesn’t stay with the subject. Black racism doesn’t ignite his passions. Black suffering, especially at the hands of white racists, in contrast, does. “Racism,” he writes, “is a virus that is growing clever at avoiding detection. Race consciousness is real. Racial assumptions and prejudices are real. And racism is real. But these realities can operate without articulation and beneath awareness. For those reasons, some can see racism where it is absent, and others can willfully ignore any possibility that it could ever be present.”

You somehow get the impression that Blow was not ruminating over the recent rash of black group attacks on lone Orthodox Jews in the Crown Heights section of Brooklyn as he wrote these words. That impression is reinforced by the Limbaugh quote and Blow’s derision for its speaker.

In response to Limbaugh’s perfectly reasonable question to Winfrey that if blacks are so mistreated, what accounts for her success, Blow writes:

But the fact that white Americans opted not once but twice to let a black man lead them puts a lie to the claim. As for the part about overcoming obstacles, is Blow unaware of affirmative action, which is just one of many civic efforts to raise up and improve the lot of minorities? Executive Order 11246, which codified affirmative action, was signed into law by Lyndon Johnson nearly 50 years ago.

But the biggest lie in the piece comes at the very end: “Nerves are raw,” writes Blow, “antennas are up and race has become a lightning rod in the Obama era. This is not Obama’s doing, but the simple result of his being.” On the contrary, Obama by the people he has chosen to surround himself with (Eric Holder comes to mind) and his words (“the Cambridge police acted stupidly,” “If I had a son…”) has done more to ignite racial tensions and make race a divisive issue than any president before him of either party. 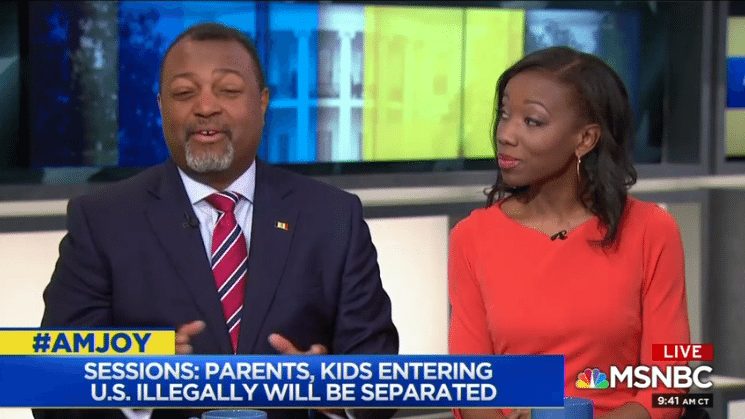