Jihadists stormed the Radisson Blu Hotel in Mali’s capital, Bamako, taking as many as 170 hostages including 140 guests and thirty employees.  Reports say as many as five were killed during the initial attack on the hotel.  News reports say that gunfire and explosions can be heard throughout the hotel.  Ten jihadists are said to be inside the hotel.  Mali is under protection from UN peacekeepers and have been since 2013.

Some guests were able to flee the hotel and are being led away by Mali security forces.  The attack occurred at 8 AM on Friday morning Bali time.  The jihadists drove up to the hotel and were carrying a diplomatic pass.  During the storming of the hotel, the attackers used rifles and explosive devices.  The hotel is now locked down, with no one able to enter or leave.  It is being said that most of the activity is concentrated on the seventh floor, where the terrorists are firing their guns down the corridor.

The US embassy has announced that there is an active shooting at the Radisson Hotel and is advising US citizens in Mali to contact their families to let them know they are safe and suggested they monitor local news broadcasts to stay up to date with any possible new developments.

This follows an attack in August in the small Mali town of Sevare, where thirteen people were killed, including five UN employees.  That attack was blamed on Islamic extremists with ties to Al Qaeda.

Human Rights Watch has labeled the area as an area devoid of order:

“…devoid of state authority in which Tuareg separatists, Islamist armed groups, pro-government militias and bandits have committed abuses with impunity”.

No other details are available at this time.

[Editor’s note: Meanwhile, Hillary Clinton says Muslims “are peaceful and tolerant people and have nothing whatsoever to do with terrorism.”  Maybe she got confused — again.] 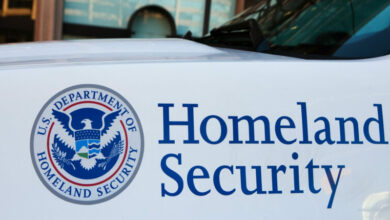