Another illegal alien with a violent criminal charges is released by Obama only attack a police officer in an unprovoked assault.   Jose Misael Reyes-Reyes attacked Deputy First Class Greg Morton of the Frederick Maryland County Sheriff’s Office.  Reyes-Reyes is an illegal alien, who was released by the Obama caliphate after arrests in May on a weapons charge and again in June on a charge of malicious destruction of property.  Reyes-Reyes is a known member of the violent MS-13 gang.

At approximately 9:30 a.m., Deputy First Class Greg Morton was on scene investigating a minor traffic accident involving a Frederick County Government vehicle in the 1400 block of Key Parkway in Frederick. While in his marked police vehicle completing the accident report, Reyes-Reyes started banging on the back driver’s side window. When Dfc. Morton turned to look in the direction of the disturbance, Reyes-Reyes reached through the front driver’s side window, which was half way down, and struck Dfc. Morton in the face and neck with his fist. Dfc. Morton pushed Reyes-Reyes away from his vehicle with the vehicle door, and verbally commanded him to get on the ground, while pointing his Taser at him. Dfc. Morton placed Reyes-Reyes under arrest in handcuffs, but when Reyes-Reyes was stood up he began kicking Dfc. Morton in an attempt to get away. Dfc. Morton regained control of Reyes-Reyes and waited on the arrival of assisting deputies and Emergency Medical Services (EMS).

Reyes-Reyes was arrested and booked for  disorderly conduct, disturbing the peace, obstructing and hindering, rogue and vagabond, and two counts of disorderly intoxication.  Apparently, you can be released from custody if you can produce 1 of 2 qualified documents.  Either a cancelled check to the DNC or a democratic voter registration card.  There are no exceptions to this rule, including a violent criminal history or the membership in an extremely violent gang.

Sheriff Chuck Jenkins was upset by the unprovoked attack and said:

“I am very concerned with what is going on across the country with law enforcement being targeted.  The current climate is placing a great amount of stress on law enforcement officers in the performance of their duties. This could have been a more serious situation and it should be noted that Dfc. Morton demonstrated great restraint in his reaction to the attack by Reyes-Reyes.”

How long before citizens rise up against the Obama caliphate and demand the same protections offered to Islamist extremists and illegal aliens? 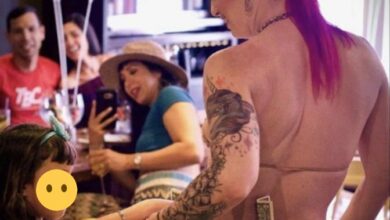