Tova Noel and Michael Thomas are the guards charged in the Jeffrey Epstein case. They were both arrested and charged with “making false records and conspiring to make false records and to defraud the United States by impairing the lawful functions of the Metropolitan Correctional Center.” The FBI is investigating the possibility of a “criminal enterprise.”

“As alleged, the defendants had a duty to ensure the safety and security of federal inmates in their care at the Metropolitan Correctional Center. Instead, they repeatedly failed to conduct mandated checks on inmates, and lied on official forms to hide their dereliction.” U.S. Attorney Geoffrey S. Berman

Jeffrey Epstein was an extremely high profile prisoner, with connections to the rich and powerful from all over the political spectrum both in and out of the United States. How the prison allowed this to happen is crazy- even though prisons experience suicides on a regular basis.

Noel and Thomas, who were assigned to Epstein’s unit at the federal jail, are accused of failing to check on him every half-hour, as required, and of fabricating log entries to claim they had.

According to the indictment, Noel and Thomas sat at their desks, browsed online and moved about the common area instead of completing the required checks on prisoners.

They were allegedly 15-feet from Epstein’s cell.

The two guards are accused of repeatedly signing false certifications saying that they had conducted multiple counts of inmates during their shift.

According to the Daily Wire, the FBI is still investigating the potential for “criminal enterprise” (whatever that means).

The Perfect Storm of Stupid? Or a Criminal Enterprise?

The “perfect storm of stupid” that surrounded the death of Epstein still boggles the mind. Cameras that didn’t work, guards charged for dereliction of duty, cellmates moved, suicide watch stopped, all of it is hard to swallow. Senator Lindsey Graham pointedly asked Federal Bureau of Prisons Director Kathleen Sawyer about the situation yesterday:

.@LindseyGrahamSC on Jeffrey Epstein: “Do you concur with the opinion that it was a suicide?”

Federal Bureau of Prisons Director Kathleen Sawyer: “That was the finding of the coroner.”

Graham: “Do you have any evidence to suggest otherwise?”

Sawyer: “I do not.” pic.twitter.com/2aBK0YWXuP

“Did Epstein try to commit suicide before? Yes. Did anyone say at the time that it wasn’t a suicide attempt? No. Then why are we so shocked that he tried to do it again and succeeded?…Two days before he actually takes his own life, he gets his attorney and he rewrites his will, leaving most of his assets to his brother… I hate to tell anybody what clues look like. But let’s see. Two weeks prior, you try to commit suicide. You convinced the psychiatrist that’s working for the correctional facility that you’re OK. You call your attorney and you say, ‘I need to redo my will.’ Ladies and gentlemen, you’re preparing to end your life.” Mark Fuhrman

Doctors who attended the autopsy said it was odd and people as far away as Bashar Al-Assad in Syria have stated “Epstein didn’t kill himself.” It has spawned t-shirts, memes, Twitter fights, and signs.  The FBI is trying to find out whether or not the two guards charged may have been told to do what they did or some other nefarious criminal network. It’s unlikely they’ll find anything. Why? Think about it. It’s the FBI. 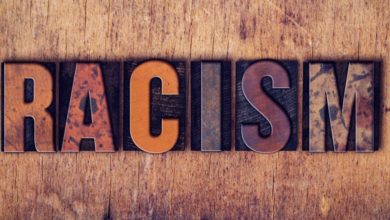