A Misdemeanor Complaint against former Governor Andrew Cuomo has been filed in Albany City Court,” Lucian Chalfen, director of public information for the New York State Unified Court System, told the Washington Examiner on Thursday. “As this is a sex crime, a redacted complaint will be available shortly.”

Ms. Commisso described the incident to CBS News in August 2021

He came back to me and that’s when he put his hand up my blouse and cupped my breast over my bra,” she said. “I exactly remember looking down, seeing his hand, which is a large hand, thinking to myself, ‘Oh, my God. This is happening.’”

“It happened so quick, he didn’t say anything. When I stopped it, he just pulled away and walked away.”

Per NY Focus specific charges are detailed in a misdemeanor complaint signed by Amy Kowalski, an investigator with the sheriff’s department:

I, accuse Andrew M. Cuomo, the defendant in this action and charge that on December 7, 2020 between the hours of 3:51 o’clock in the afternoon and 4:07 o’clock in the afternoon while at 138 Eagle Street (The Governor’s Executive Mansion) on the second floor, located in the City of Albany, County of Albany, State of New York, the defendant Andrew M. Cuomo did knowingly, and intentionally commit the class A misdemeanor of forcible Touching in violation of section 130.52 subdivision 1…a person is guilty of Forcible Touching when such person intentionally, and for no legitimate purpose forcibly touches the sexual or other intimate parts of another person for the purpose of degrading or abusing such person, or for the purpose of gratifying the actor’s sexual desire. 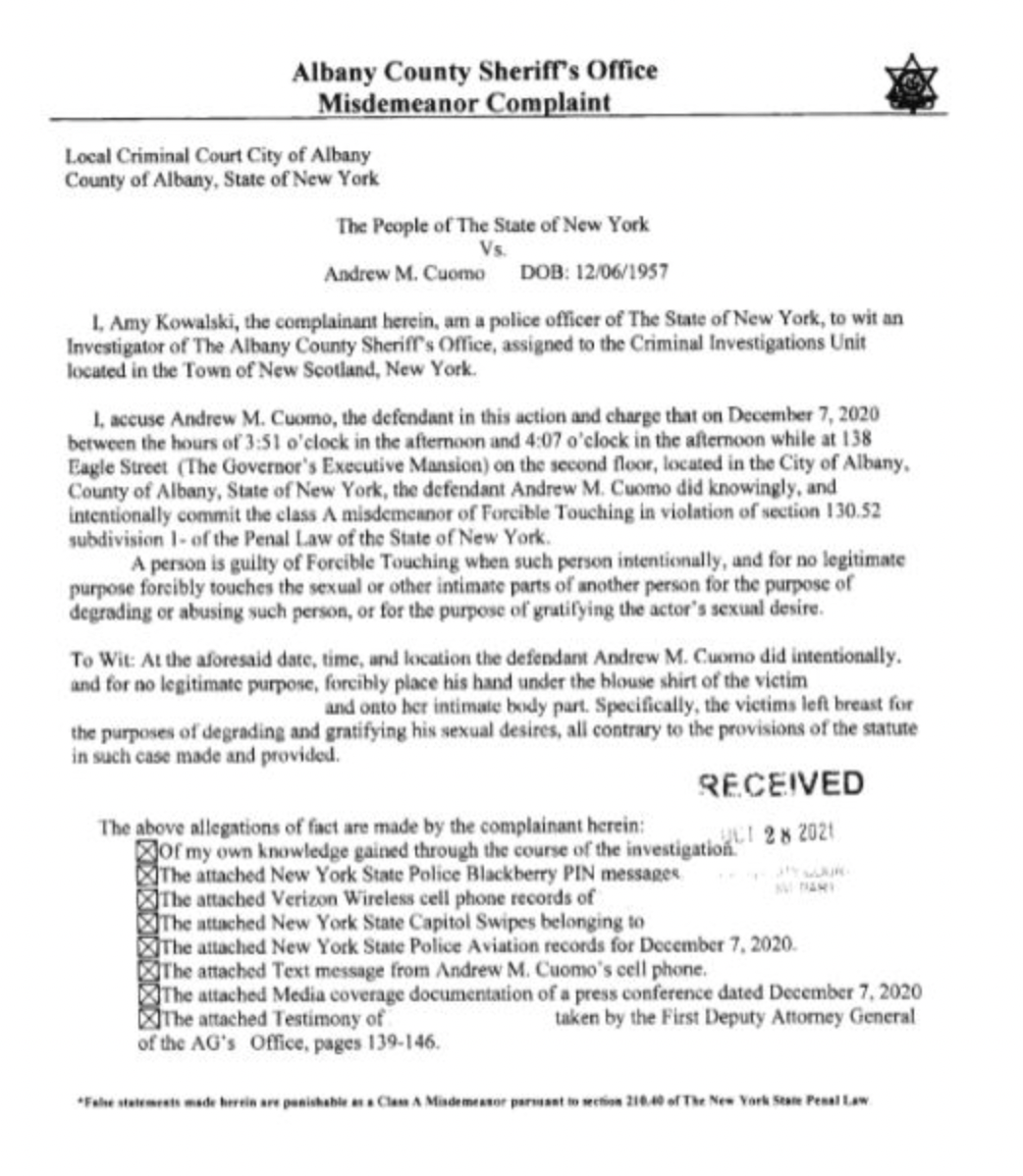 Mariann Wang, a lawyer representing two of the other Cuomo accusers was happy he was charged:

My clients are enormously grateful for the courage of the women who have come forward to speak the truth about Cuomo’s misconduct. Cuomo is being held to account as he should be, including by being forced to answer a criminal charge. We hope that all men who abuse their power by abusing women will see this and understand that there will be real consequences to their profoundly damaging behavior.

In NY State, forcible touching is a misdemeanor with a maximum sentence of one year in jail. 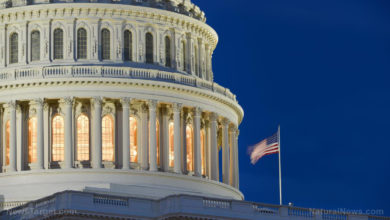 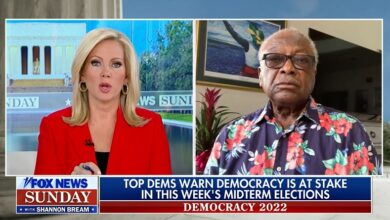