As leftists harped on the California fires this season by claiming it was all “climate change,” information was released of a woman who allegedly set the Fawn Fire since last Wednesday that destroyed 41 homes, 90 other structures, and so far more than 13 square miles of timber. Alexandra Souverneva, 30, is also suspected of setting other fires in Shasta County. As of Monday morning, the fire was only 45% contained, and 3 firefighters have been injured in the blaze.

The Fawn Fire in Shasta County

Souverneva lists her occupation as “Shaman” on her LinkedIn profile. When arrested, she claimed that she was going to boil some water because the water she found while hiking was actually a puddle of bear urine. She told authorities she first tried to filter the liquid with a tea bag. Then she stated that the woods were too wet (California is in a drought) to start the fire, so she had to drink the ‘water’ as is, according to the DailyMail. She is a former student at State University of New York College of Environmental Sciences and Forestry.

So we have a woman who went hiking and found a puddle of bear urine and tried to filter it with a tea bag, tried to start a fire, but had to drink it anyway. ?

Souverneva, who describes herself as a shaman, has a past criminal record. She was accused of trespassing earlier this month.

“It is difficult to grasp when a disaster like this is, apparently, not a natural disaster. But we have a suspect,” Shasta County Sheriff Michael L. Johnson said on Saturday at a meeting.

“Deliberate ignition, if proven, makes it harder for us all to grasp as a community, and to deal with what we’re facing,” he added.

The California Department of Forestry and Fire Protection revealed in a statement that Souverneva was spotted acting eerie in the area where the Fawn Fire was ignited on Wednesday afternoon.

Later that day, she walked out of the wooded area and admitted to firefighters that she was dehydrated and needed medical help, Cal Fire pointed out. Souverneva had a cigarette lighter tucked away, reportedly.

Local quarry workers encountered her just prior to the fire, and warned her that she was not allowed to go where she was headed, but she ignored them. When she approached firefighters with a story about trying to get to Canada, she was found to have a cigarette lighter, CO2 canisters, and a “green leafy substance” she admitted to smoking earlier in the day. Authorities took her out of the area for evaluation.

She was charged formally on Friday with felony arson to wildland with an enhancement due to the declared state of emergency in California. According to CBSLocal, she is under investigation for other fires in that area as well. She entered a not guilty plea and is currently in the Shasta County Jail. Her next appearance is set for October 7.

Did she allegedly set more than the Fawn Fire? Not climate change, arson. 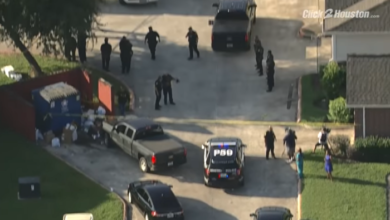