A former Washington prosecutor now serving on the editorial board for The Washington Times has suggested that perhaps Joe Biden really isn’t the down-to-earth, Scranton, good-ole-boy he acts.

“Did a Biden Senate staffer see the president’s dark side decades before we did?” Shapiro asks. “When Tara Reade’s allegations about Joe Biden sexually assaulting her first surfaced during the last presidential election, her description of an angry, power-driven misogynist didn’t seem to fit the picture of the dull, gaffing politician most of us were familiar with.”

However, he continued, “Twenty-one months into his presidency, and in the wake of a national address that characterized President Donald Trump and his supporters as a ‘threat to the country,’ a much darker and divisive Joe Biden has emerged—a figure obsessed with his predecessor, determined to project power, intimidation and absolute authority.

That Joe Biden, Shapiro wrote, “is the Joe Biden Ms. Reade has known since she says he pinned her against a cold Senate wall in the spring of 1993, kissed her neck and hair while sliding his hand up her blouse, and used his knee to part her legs to reach up her skirt.”

There have been outbreaks of that Joe Biden previously. While campaigning, he abruptly turned on an rally attendee charging, insultingly, that he was a “lying dog-faced pony soldier.”

He also got testy with a reporter who asked about his voting rights record.

Fox News at one point compiled a “long list” of times Biden “has snapped at journalists who asked him pointed questions.”

At Kaitlin Collins of CNN, asking about Vladimir Putin, he charged, “What in the hell, what do you do all the time?”

At a CBS reporter who asked about Hunter Biden’s laptop, he said, “I have no response, it’s another smear campaign, right up your alley, those are the questions you always ask.”

“In a memorable exchange with radio host Charlamagne tha God … a displeased Biden said if African-American voters like him couldn’t figure out he was a better option than Trump, then ‘you ain’t black.’ The host said his direct questioning on race was about what would best serve the black community, not just about Trump,” Fox reported.

Biden also has had multiple “testy” exchanges with Fox’s Peter Doocy, including where Biden sarcastically called him a “classy” reporter.

Biden, asked if 100 million vaccines within 100 days is too low of a goal, snaps: “When I announced it you all said it wasn’t possible. Gimme a break. C’mon man.” pic.twitter.com/O7n7jBOjvn

"How was your role as Vice President in charge of policy in Ukraine and your son's job in Ukraine, how is that not a conflict of interest?"

Biden: "I'm not going to respond to that!"

What is he hiding? pic.twitter.com/jbycKLARhE

I asked Joe Biden: What is your response to the NYPost story about your son, sir?

He called it a “smear campaign” and then went after me. “I know you’d ask it. I have no response, it’s another smear campaign, right up your alley, those are the questions you always ask.” pic.twitter.com/Eo6VD4TqxD

Shapiro wrote that Reade told him, “Imagine one of the most powerful people on the planet saying you’re nothing, someone who I thought would be a mentor, someone I respected and believed in. It affected my self-esteem, it haunted me.”

And it affected her other ways.

Soon after she filed a written complaint against Biden, she was fired.

And, Shapiro noted, Reade charged that Biden’s ego is a critical vulnerability, and the “key driving forced behind his continued attacks on Trump.”

“Underneath the commanding finger-pointing and authoritative speeches about protecting democracy and prosecuting ‘insurrectionists’ is a terrified beta male who fears his challengers,” Shapiro explained Reade suggested.

Then came Biden’s recent Philadelphia speech where he turned vicious against American Republicans and conservatives while in front a flag guarded by the U.S. military while the entire scene was flooded in blood-red light.

“The blood red background, having the two Marines there, he was sending a message to voters that he’ll go after them if they don’t agree with him. This is like the very thing he did to me, and it is the embodiment of insecurity. It is the imposter syndrome. Joe Biden was always a lightweight. He liked the image. He liked women. He liked to be adored. But he’s the embodiment of the insecure man trying to be the alpha, and what’s exacerbated it is the aging process. He’s different now in certain ways, but he was always insecure,” she explained.

She said Biden’s unstable actions have been around for a long time, too, explaining Evelyn Lieberman, a longtime Biden staffer, even complained about it.

“Evelyn Lieberman would complain that she never knew if he was going to lose it on camera. He would swear, he wouldn’t stay on point, and so it was always interesting to see the messaging, how the media would softball it. If you say something enough times, people just believe it or it becomes fact.” 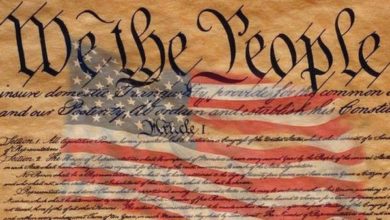 Constitution Day 2021: Celebrating The Counter-Revolution That Changed The World 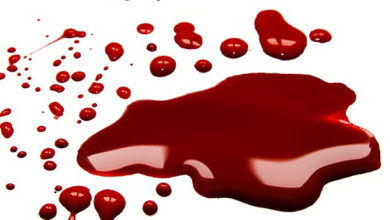