“Free speech is the bedrock of a functioning democracy, and Twitter is the digital town square where matters vital to the future of humanity are debated.”

That was Elon Musk, the new 100 percent owner of Twitter, Inc., declaring that the social media platform will now be a free speech platform, essentially for all of humanity. This is potentially a watershed moment in the history of liberty, one that generations may potentially look back upon and celebrate — but only if it works.

On April 14 at Ted Talks, Musk called Twitter removing content without explanation a “black box algorithm” that is “quite dangerous” and said all speech allowed under First Amendment should be allowed. He’s right.

The truth is, liberty and free speech particularly are greatly challenged in our increasingly technological world. Whereas in the 18th century when the U.S. Constitution was adopted, the primary force for censorship was thought to be the government, today the primary threat to liberty comes from massive corporations that over the past decade or so have wielded their vast influence to govern individual behavior on massive platforms like Twitter, Facebook and YouTube with billions of users.

Flush with billions of dollars of capital from Environmental, Social and Governance (ESG) investing, social media platforms like Twitter have, for example, pursued aggressive Diversity & Inclusion and other politically charged objectives, which internally impact racial and gender hiring quotas and diversity sensitivity training in companies, but outwardly on a social media platform, have meant explicit censorship policies under the guise of terms of service to police speech on the platforms that does not agree with those objectives.

In 2020, Twitter’s ESG report declared that would not “amplify” the speech of some on their platform: “Freedom of speech is a fundamental human right — but freedom to have that speech amplified by Twitter is not. Our rules exist to promote healthy conversations.” Also, “We aim to strike an appropriate balance between empowering freedom of expression and creating a safe service for participatory, public conversation.” In other words, some users would have more freedom of expression than others.

No longer. With Musk taking Twitter private — that is, off of the publicly traded platform on the Nasdaq Stock Exchange — Twitter will no longer be subject to the pressures exerted by ESG funds and other investors who want social media companies like Twitter to pursue left-wing, woke, radical, divisive politics and to silence dissent.

Long term, these trends have essentially been fostering conditions conducive to one-party rule. In April 2018, Twitter co-founder and former CEO Jack Dorsey retweeted an article by Peter Leyden and Ruy Teixeira that called our political discourse a “new civil war,” with Leyden and Teixeira writing, “America can’t afford more political paralysis. One side or the other must win. This is a civil war that can be won without firing a shot. But it is a fundamental conflict between two worldviews that must be resolved in short order.”

It called for “Democratic One-Party Rule” in the U.S. as a means of reconciling the nation’s challenges and implementing a left-wing, progressive agenda. Dorsey called it a “great read.”

In 2021, following the riot at the U.S. Capitol on Jan. 6, 2021, Twitter and Facebook suspended the account of the then-sitting President Donald Trump. It did not matter what Trump actually said at his speech on Jan. 6 at the Save America Rally on the National Mall, particularly when he called for protesters to be peaceful: “We have come to demand that Congress do the right thing and only count the electors who have been lawfully slated, lawfully slated. I know that everyone here will soon be marching over to the Capitol building to peacefully and patriotically make your voices heard.”

None of that mattered though. Trump’s Twitter account was banned permanently, which had more than 80 million followers and was suspended from Facebook, too, for supposedly endorsing violence on these platforms, without any evidence. Within days, Apple and Google had coordinated with Amazon Web Services to deplatform the Parler social media platform as well, which is a competitor of Twitter, by removing the app from the internet and Apple and Google Play stores, taking months to recover.

Afterward, Trump would go on to launch his own social media app, Truth Social, which is now deploying its public beta test. After Twitter and Musk announced the deal to sell Twitter to Musk, Trump said he would not return to Twitter, telling Fox News, “I am not going on Twitter, I am going to stay on TRUTH… I hope Elon buys Twitter because he’ll make improvements to it and he is a good man, but I am going to be staying on TRUTH.”

Which, good for Trump. Now he can build his own platform. As for everyone else, two free speech platforms are better than one. But the hard work remains ahead.

In John Stuart Mill’s classic, On Liberty, the most compelling defense of free speech in human history, the philosopher warned how a tyranny of the majority could impose censorship that would be “more formidable” than even governmental censorship and that it could “enslav[e] the soul” with little room for escape.

Mill wrote, “[W]hen society is itself the tyrant — society collectively over the separate individuals who compose it — its means of tyrannising are not restricted to the acts which it may do by the hands of its political functionaries. Society can and does execute its own mandates; and if it issues wrong mandates instead of right, or any mandates at all in things with which it ought not to meddle, it practices a social tyranny more formidable than many kinds of political oppression, since, though not usually upheld by such extreme penalties, it leaves fewer means of escape, penetrating much more deeply into the details of life, and enslaving the soul itself.”

In every way possible, social media is the “marketplace of ideas” that Mill and others championed, but it has to be protected or else it can be lost. Mill wrote, “Protection, therefore, against the tyranny of the magistrate is not enough; there needs protection also against the tyranny of prevailing opinion and feeling, against the tendency of society to impose, by other means than civil penalties, its own ideas and practices as rules of conduct on those who dissent from them; to fetter the development and, if possible prevent the formation of any individuality not in harmony with its ways, and compel all characters to fashion themselves upon the model of its own.”

It is not an easy problem to solve. Musk and Trump are merely men, and they won’t live forever to protect their own platforms. They have to build institutions that will follow their preference for liberty for future generations. As Mill warned, “there [still] needs protection also against the tyranny of prevailing opinion and feeling, against the tendency of society to impose… its own ideas and practices as rules of conduct on those who dissent from them…”

James Madison wrote of this in the Federalist No. 10, “There are again two methods of removing the causes of faction: the one, by destroying the liberty which is essential to its existence; the other, by giving to every citizen the same opinions, the same passions, and the same interests. It could never be more truly said than of the first remedy, that it was worse than the disease. Liberty is to faction what air is to fire, an aliment without which it instantly expires. But it could not be less folly to abolish liberty, which is essential to political life, because it nourishes faction, than it would be to wish the annihilation of air, which is essential to animal life, because it imparts to fire its destructive agency.”

Madison continued, “The second expedient is as impracticable as the first would be unwise. As long as the reason of man continues fallible, and he is at liberty to exercise it, different opinions will be formed. As long as the connection subsists between his reason and his self-love, his opinions and his passions will have a reciprocal influence on each other; and the former will be objects to which the latter will attach themselves. The diversity in the faculties of men, from which the rights of property originate, is not less an insuperable obstacle to a uniformity of interests. The protection of these faculties is the first object of government.”

Here, Madison is noting that factions and differing opinions are all a part of liberty, and that government’s foremost job is to protect liberty. But it is also the job of society to protect liberty as well. To create the conditions for it. Again it is not an easy task. As Mill noted,  “There is a limit to the legitimate interference of collective opinion with individual independence; and to find that limit, and maintain it against encroachment, is as indispensable to a good condition of human affairs as protection against political despotism.”

What that limit on liberty is Mill called “the principal question of human affairs.”

Mill laid out his principle, which was that “the sole end for which mankind are warranted, individually or collectively, in interfering with the liberty of action of any of their number is self-protection. That the only purpose for which power can be rightfully exercised over any member of a civilized community, against his will, is to prevent harm to others.”

Indeed. So, let’s try free speech. On Twitter. On Truth. And everywhere else. May the best ideas win. 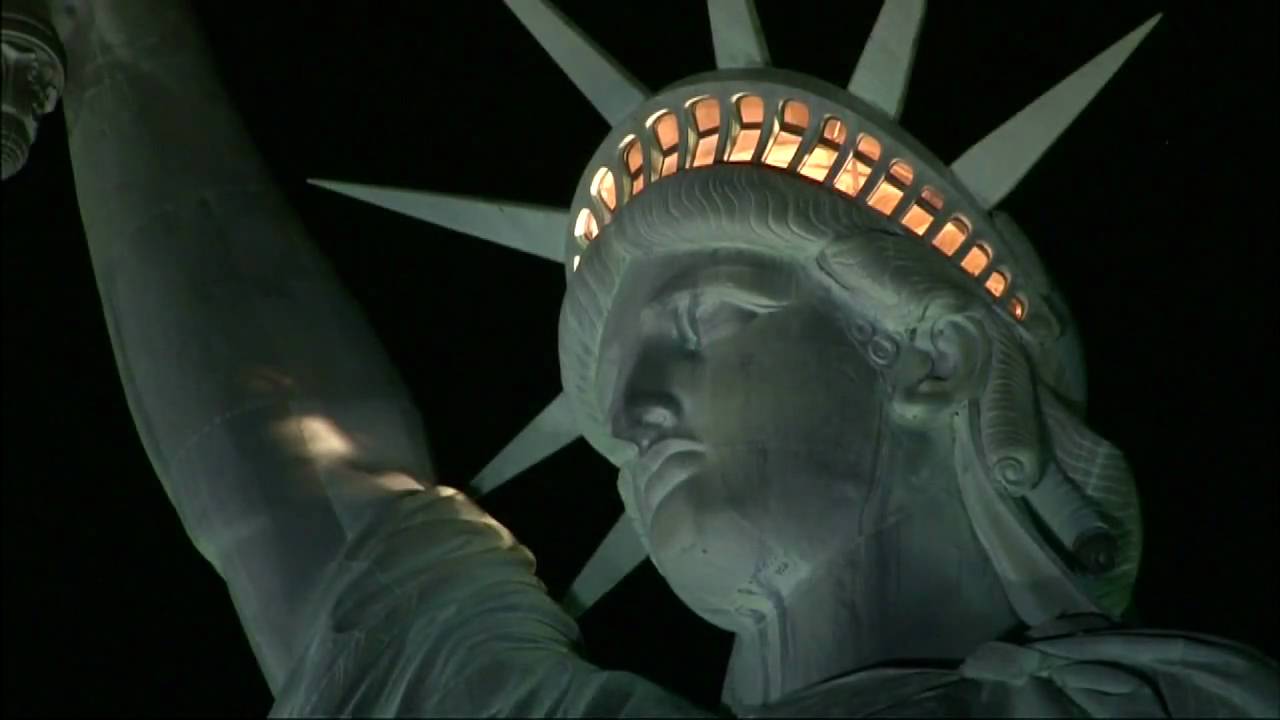 Opinion: “To Be or Not To Be” Part of the Establishment