A union in Britain that represents academics has declared its commitment to allowing members to “self-identify” not only as being of the opposite sex, but also as black or disabled.

The Edinburgh branch of the U.K.-wide University and College Union said on Twitter it strongly supports “trans inclusion,” the Times of London reported.

“Liberation cannot be built on exclusion,” the tweet said.

The tweet contained a link to a policy endorsed by the union that states: “UCU has a long history of enabling members to self-identify, whether that is being black, disabled, LGBT+ or women.”

That apparently means the union accept white people who “appropriate” the look and culture of black people, as did Rachel Dolezal, who stepped down as director of a local NAACP chapter after it was discovered she was a white person posing as a black person. And it affirms able-bodied people who considered themselves “transabled” and in some instances seek to have a limb amputated, be paralyzed or become blind or deaf, as a Canadian professor explained to WND.

The UCU policy explains that it “supports a social, rather than a medical, model of gender recognition that will help challenge repressive gender stereotypes in the workplace and in society.”

A staff member at Edinburgh University told the Times the union branch “is being used as a platform for an ideological crusade, with no resistance from University of Edinburgh management.”

The union affirms it supports an “intersectional approach within all its work.”

Intersectionality, the union explains, is a concept that recognizes individuals can identify with a number of different marginalized groups such as “white women, Black women, disabled women, cis women, trans women.”

“Listening and trying to understand difference within groups, from an intersectional position, is key to building the strength of the group as a whole,” the union contends.

He had a number of surgeries to make himself look like Jimin of the K-Pop band BTS.

“I identify as Korean — that’s just my culture, that’s my home country, that’s exactly how I look now.”

Dolezal, who legally changed her name to Nkechi Diallo in 2016, was blond with pale white skin in her youth. She later began to “identify” as transracial, then biracial and then black, eventually becoming president of the NAACP in Spokane, Washington.

WND reported in 2015 when she resigned her NAACP post shortly after her parents outed her as white.

Dolezal sued Howard University, a historically black institution, in 2002 for discriminating against her for being white. She claimed retaliation based on her race, gender, pregnancy and family responsibilities, saying she had been denied teaching positions and scholarship aid. She also complained that some of her artwork had been removed from an exhibition because black students were being favored. A judge, and subsequently an appeals court, found no basis for her claims. 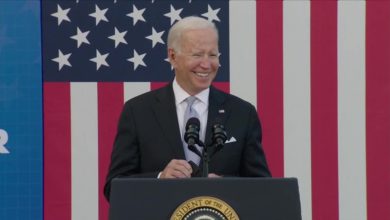