(Natural News) The leftists are going insane over the idea that they might no longer be able to murder babies in the womb, absolutely losing it in the wake of the leak of Alito’s abortion opinion.

One such looney liberal was Whoopi Goldberg, who went berserk during a rant on her show and made a ridiculous claim about abortion, as you can watch here:

Whoopi on who make the decision to have an abortion: “My doctor, myself and my child!”

Whoopi, no child in history has chosen to be aborted.

As you can hear in the video, Whoopi, exploding over the decision in her usual, ridiculous manner, said:

“But you won’t let me make my decision about my body. You are not the person to make that decision. My doctor and myself and my child, that’s who makes the decision.“

Two things are wrong with that statement, both of which are bolded.

First off, and perhaps most obviously, how does the child’s voice factor into the decision? Does she have the doctor use morse code or something to communicate with the baby? Has sonar evolved so well that if can be used to hear the baby’s thoughts? How does one go about asking it if it wants to die? Is the process a vote between the three parties involved, or does Whoopi listen to the opinions of the others and then do what she wants?

Hopefully those questions will be answered the next time Whoopi decides to rant about the issue.

The other point is more subtle. Whoopi, in her rant, said that abortion is “a hard, awful decision that people make.” How so?

Leftists claim that the fetus isn’t a child. If it’s not a child, as Whoopi and her allies would contend, which is the only thing that makes abortion something other than murder, then how’s it a hard decision?

Because deep down everyone knows that the fetus is a child and that murdering it is wrong. Much as they might hate to admit it, that’s the obvious truth if you take her “hard, awful decision” comment at face value.

Whoopi also claimed, without evidence, that many women were dying of self-induced abortions before Roe, saying: “We got tired of tripping over women in bathrooms, public bathrooms, giving themselves abortions because there was nowhere safe, nowhere clean, nowhere to go.”

Even the Washington Post fact-checked the claim that “thousands” of women were dying each year before Roe because of bad abortions and gave it four Pinocchios; it’s simply not true.

So, it was a few brief seconds of a whopper of a Whoopi rant that included even more lies and nonsense than usual. 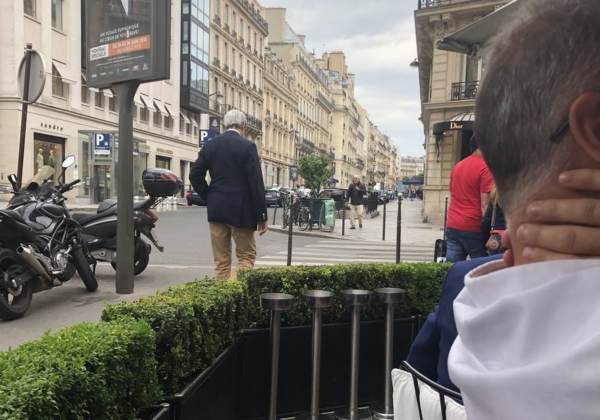