I find myself reading the headlines and being ashamed of our “leaders.”

I’m sick of seeing Google News featuring atop its page every day, “COVID-19 news: See the latest coverage of the coronavirus.” Break up Google – for this and for the blatant propaganda it spews.

Yes, I am very tired of Joe Biden and headlines like: “Omicron forces wave of closures nationwide as Biden warns winter of ‘death’ encroaching.”

What can you say about this story? “At least a dozen students were arrested Thursday and Friday in connection to threat rumors on TikTok and other social media apps that went viral Thursday.” BAN TIKTOK! We can live without it. Do Americans realize it’s less than useless? Just Chinese spyware!

I’m angered that it took a private relief effort to rescue Americans still trapped in Afghanistan. What happened to the U.S. government? There are still hundreds of Americans trapped!

I’m distressed to read that “OSHA will begin fining businesses that violate the federal vaccine mandate on Jan. 10.”

I guess I should be assuaged that Sen. Richard Blumenthal, who recently headlined a dog-and-pony show for Communists, didn’t think it was a good idea afterward, expressing, “I’m a Democrat and a strong believer in American capitalism.” Sure you are.

I’m worried that three former Army generals – probably a lot more – say they fear insurrection or “civil war” in 2024 if Donald Trump runs again for president. If they had their way, they wouldn’t allow him to run. Do I have that about right?

I’m terrified that only 86% of Republicans and independents believe our last president election was stolen. Are the rest blind, deaf and dumb? What do the rest of them think? Do they believe the nonsense that we can’t talk about an obviously failed vote because it bucks the accepted narrative that there’s no such thing as election fraud? Someone tell me how Joe Biden got 85 million popular votes – more than anyone ever elected president?

I’m appalled that we still haven’t proved this fact to EVERYONE! Maybe it has to do with not being able to speak about it, write about it or shout from rooftops to fellow citizens without fear of being censored, cast into prison, facing a show trial, or worse, in this “free country.”

I’m just horrified that it has come to this – in America!

The LAWLESSNESS breaks my heart! I’m 67 years old, and I’ve never seen anything like this. I have to blame the Christian church for the “no consequences” religion so many incredulously accept. I feel like apologizing to every cop I see.

Then I think of the needless inflation, the supply-chain crisis, the China virus that could have been Beijing’s first act of war – or is Anthony Fauci to blame?

Is Joe Biden our punishment? Will all the decent Americans pay this price because we trusted Democrats to conduct a free and fair election? How could we have been so naïve, so stupid, so incompetent?

And now we’ll have to tolerate Biden’s blather once more, when he speaks to the nation Tuesday night and blames us again for everything – us and Donald Trump! He’ll lecture us again about the omicron variant and all we must do to combat it. Does he realize in his non-cognitive condition that it’s not a virus that kills anyone? Of course not – he doesn’t even know who the president is, Joe Biden or Kamala Harris, as he introduced her once again that way last week.

I can’t take another speech from this guy. I mean it. I’m a newsman, and I can’t listen to him.

But, most of all, I can’t listen to Nancy Pelosi talk about the Jan. 6 Capitol “disturbance.” Among the frequent attacks that have taken place at that building, including bombings, shootings and terrorist threats, this was nothing. I think she wanted it to happen. I think she turned away the National Guard six times because she was eager for it. Even the Capitol Police were not fully on duty. I think she conspired with the FBI to make it happen. There are people in D.C. jail cells, in solitary confinement, in miserable conditions, for close to a year.

Have we seen such a thing in this country before? We’re talking misdemeanor charges at a time when Democrats are letting dangerous perps go free without bail!

And one woman was executed Jan. 6, Ashli Babbitt, by one of Nancy’s stooges. She was fired upon without warning. It’s clear Nancy Pelosi doesn’t even have a conscience.

This is what I mean. America is not a free country anymore – not even close.

It seems it will be a long time before this can be rectified – another year for another chance at a fair election.

The important thing now is getting prepared for the 2022 election. We cannot waste this opportunity. No more open voting. No leaving it to Facebook cash. Election “night” should be one night – no stopping the count, or counting ballots for days afterward. Only citizens vote. Trust but verify everything. We cannot take anything for granted.

Or else we will have only ourselves to blame. 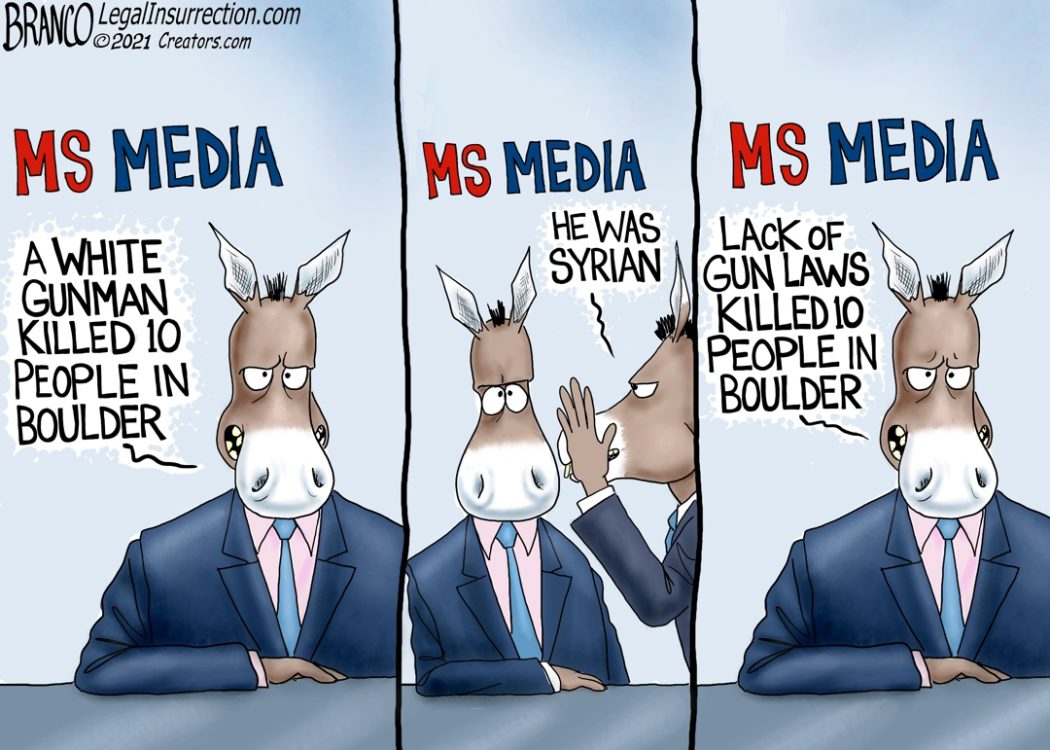 Cartoon of the Day: Moral Relativity 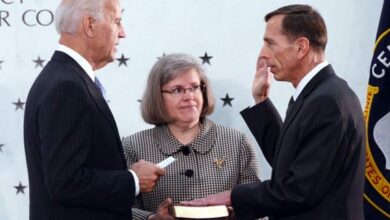 DOJ Has Had Criminal And Counterintelligence Investigations Of The Past Four Would-Be Presidents: Petraeus, Clinton, Trump And Biden