In an op-ed published Tuesday at the Washington Post, Elizabeth Bruenig, who, by the way, collects a paycheck from the paper, said it’s time to give socialism a try.

“What could go wrong?” Twitchy asked.

Bruenig complains that “Americans appear to be isolated, viciously competitive, suspicious of one another and spiritually shallow; and that we are anxiously looking for some kind of attachment to something real and profound in an age of decreasing trust and regard.”

She claims these traits “seem to be emblematic of capitalism, which encourages and requires fierce individualism, self-interested disregard for the other, and resentment of arrangements into which one deposits more than he or she withdraws.”

Not to be confused for a totalitarian nostalgist, I would support a kind of socialism that would be democratic and aimed primarily at decommodifying labor, reducing the vast inequality brought about by capitalism, and breaking capital’s stranglehold over politics and culture.

I don’t think that every problem can be traced back to capitalism: There were calamities and injustices long before capital, and I’ll venture to say there will be after. But it seems to me that it’s time for those who expected to enjoy the end of history to accept that, though they’re linked in certain respects, capitalism seems to be at odds with the harmonious, peaceful, stable liberalism of midcentury dreams. I don’t think we’ve reached the end of history yet, which means we still have the chance to shape the future we want. I suggest we take it.

There’s only one problem — Socialism has already been tried, repeatedly, and it has failed every single time.

Well, she’s doing her part to break capital’s stranglehold over The Washington Post — maybe newspaper opinion writers should be the first to live under socialism and report back on the experiment.

Now there’s an idea we can support.  Perhaps Bruenig and others like her should live in Venezuela or North Korea for a while and see what socialism is really like.

Move to Venezuela and give it a try but #America is a capitalist Constitutional Republic & we say Hell NO.

WaPo please explain; if Socialism is so wonderful why are these Vietnamese fleeing in an overcrowded scow; the Albanians bound for Italy; these Cubans crossing the shark-infested Florida Straits; these East Berliners tunneling their way out of the workers’ paradise? pic.twitter.com/NmadI7t3h1

Yeah, sure…. Let’s try the political philosophy that has the chief feature – as demonstrated by history – of producing misery and death for those living under it. Good call. https://t.co/AbDhkYvv9H

You have to have a hell of an education to say something this dumb. https://t.co/7H9VQkgqwO

It seems to us that this is the real problem leftists have with America. 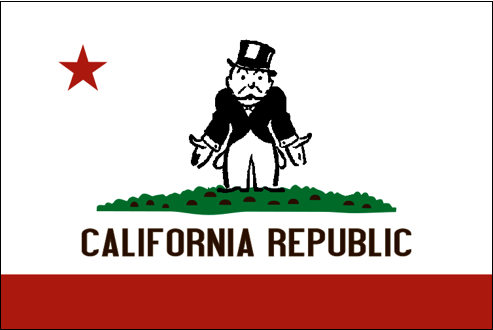