According to TheNumbers.com, The Passion of the Christ is still holding on to the top grossing domestic, Rated-R, movie spot of all time, nearly 20 years after release. Here are the top-3:

On a side note, American Sniper is one of my favorite movies of all time as well. Rest in Peace Chris Kyle.

But today let’s focus on the story of Jesus. Hollywood can’t seem to beat a movie that is now 18 1/2 years old and that says a lot about Christianity in America. Today I’d like to teach you a few things you may not know about the movie and the filming of it, but let’s start with a trailer for the 2004 film.

I saw the movie TWICE and can understand the R-Rating. You wouldn’t want kids to see it alone. It’s quite graphic and doesn’t downplay the suffering of Jesus Christ. So yes EVERYONE should see it, but kids should not see it without an adult, in my opinion.

Now let’s get into many things you may not know about the production of the movie.

cross for several hours outside. His body was so stressed and exhausted from playing the role that he had to have 2 open heart surgeries after the production! The crucifixion scene alone took 5 weeks of the 2-month filming time.

Seriously? Yes it appears that all of this is true.

And here is a video from Looper that tells more details.

I don’t know if you had time to watch the videos but Jim was NOT the only one struck by lightning during filming. Watch those videos when you have the time, assuming you are interested.

I wanted to write a short article today encouraging those who have not seen the movie to do it. In doing some research I was happy to find that a “sequel” is on the way in 2023.

Will the sequel come anywhere close to the original in terms of success? I tend to doubt it, but we must remember…

With God Anything is Possible! Kudos to Mel Gibson who is still acting like one of the good guys in Hollywood. God Bless You Mel!

Dean Garrison is the publisher of DC Clothesline and DC Dirty Laundry. Follow him on GAB, GETTR and Truth Social. He is permanently banned from Twitter and suspended, more often than NOT, from Facebook. LOL Please feel free to reprint this article in part or full. Dean is trying to resurrect his career after 2 years of blindness. His eyes are fixed but his web traffic and income are NOT. If you can help by sharing articles it would be much appreciated. Prayers are always appreciated too. If you can afford it, I would also be grateful for donations, large or small. I am blocked, because of politics, by ALL major donation websites. So if you have a donation please send it to me directly by snail mail: Dean Garrison, 109 Martha Street, DuBois, NE 68345. God Bless you ALL and God Bless America. We The People will win, or we will die trying! 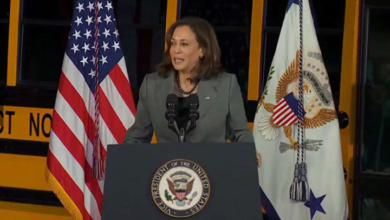 Dumb and Dumber – A Political Sequel 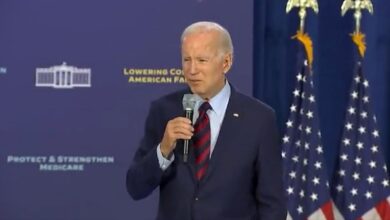 Now Can We Stop Pretending Joe Biden Is President?