While the Obama regime has decided to allow the killing of bald eagles to provide wind power, one Army veteran saved the life of a bald eagle he spotted hanging from a tree by a rope.  The method he used to save the eagle was unconventional, to say the least.

On Saturday, KARE 11 reported that Jason Galvin, an Army veteran with two tours in Afghanistan, rescued a bald eagle he spotted hanging in a tree by a rope by essentially mowing down three branches with a rifle.

Neighbors called the Rush City Fire Department and the Minnesota Department of Natural Resources but were told there was nothing they could do because the eagle was too high.

Galvin, the report said, cleared the idea with Phil Mohs, a conservation officer with the Minnesota Department of Natural Resources.

“He told me he was a veteran in the service and he wouldn’t do it if he couldn’t do it safely,” Mohs said, giving Galvin the go-ahead to start shooting, having already concluded the eagle would die in the tree if left alone.

On Thursday Jason Galvin took shots from a .22 caliber rifle to free an eagle that had become tangled in a rope, hanging upside down from a tree 75 feet off the ground.

“It was very windy and I was just waiting for the right shot,” said Galvin who spent 90 minutes firing roughly 150 shots while mowing down three branches, and finally the rope, holding up the eagle.

Other branches on the white pine and the underbrush below helped break the eagle’s fall.  The bird is now recovering at the University of Minnesota Raptor Center.

“It was a good weekend for it to happen,” Galvin said.  “Fourth of July, you know, that’s our bird. I can’t let it sit there.”

The eagle, now called “Freedom” by the Galvins and their neighbors, is now eating and drinking while its long-term prognosis was still being assessed.

“There was a lot of tears,” Galvin said of the experience. “When it finally came down, it was breathtaking.  It was a beautiful moment.” 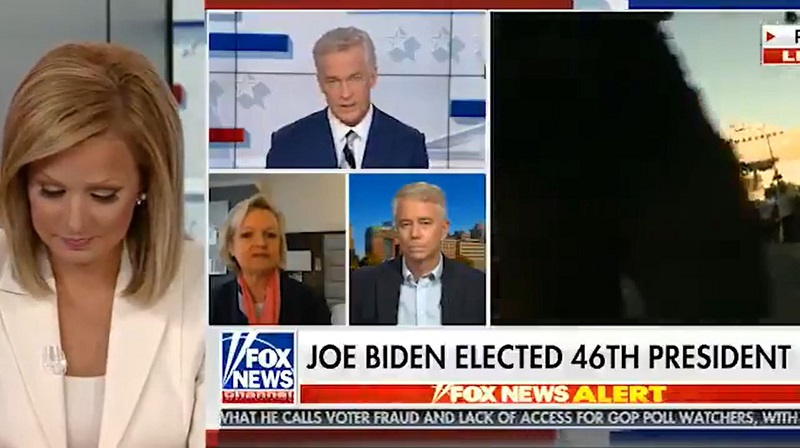