It’s well known now that it actually was the FBI that lobbied social media in 2020 just before the presidential election to suppress accurate but very damaging information about the Biden family’s international business operations, and that likely provided the impetus to swing the election from Donald Trump to Joe Biden.

Now a report from the Washington Free Beacon explains the two FBI officials who gave the marching orders to Facebook had donated to Democrats during that election cycle.

The FBI’s image has been badly tarnished in the past several years as it worked with Democrats to create the now-debunked “Russiagate” collusion conspiracy theory against Donald Trump, as candidate and then president.

Then there were the FBI’s actions against Trump directly, such as getting the information about Hunter Biden’s abandoned laptop and the unsavory details it documented about Hunter Biden and his father, Joe, suppressed.

There also has been the bureau’s armed raid of Trump’s Mar-a-Lago residence, in what apparently is a dispute over some records from his presidency.

Now the Free Beacon sheds more light on the FBI’s agenda against Trump.

Citing court filings and campaign finance records, the report says, “Laura Dehmlow, the unit chief for the FBI’s Foreign Influence Task Force, and Elvis Chan, the head of the FBI’s San Francisco cyber division, were ‘involved’ in the communications between the FBI and Facebook that led to the social media giant’s ‘suppression of the Hunter Biden laptop story.’”

It was Facebook chief Mark Zuckerberg, who additionally donated some $400 million through various foundations – and outside any election finance regulations – to local election officials who often used the millions to recruit voters in Democrat districts, who confirmed his company was influenced by the FBI to block the Biden scandals.

“According to campaign finance records, Dehmlow gave $60 to the Democratic National Committee in 2020. Chan contributed $50 each to Democratic Georgia Sens. Jon Ossoff and Raphael Warnock for their runoff campaigns in November 2020,” the report said.

And it was Facebook’s parent company, Meta, that identified Dehmlow and Chan in response to a subpoena for records of interactions with the Biden administration.

The Biden administration now is being sued for colluding with social media to censor free speech during the election, and the details about the FBI links were revealed in a filing in that case.

The Free Beacon said, “The contributions are likely to revive longstanding concerns about political bias in the FBI’s probe of Hunter Biden, who is under federal investigation over his taxes and foreign business dealings. Republican lawmakers have accused the FBI of shutting down aspects of the investigation into Biden and of inaccurately referring to reports about the Biden family’s business dealings as Russian disinformation.”

The Biden manipulations already have been under investigators by GOP senators for months.

The dispute erupted when the New York Post reported before the election on the scandalous details found in a laptop computer Hunter Biden abandoned at a repair shop. The FBI contacted Facebook about suppressing what it claimed was Russian disinformation and the social media company complied.

The report explained Chan has boasted about being “very involved” in helping protect the U.S. elections in 2020, working with the “private sector” on the issue. 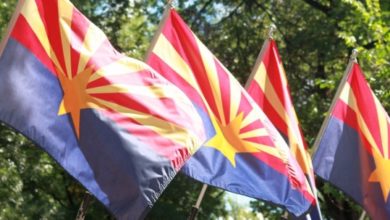