Police in Venice, Italy have been told to open fire as soon as someone yells “Allahu Akbar,” the UK Mirror reported Thursday.  Do not wait to see what they are planning to do.

Venetian Mayor Luigi Brugnaro explained why he feels his city is much safer than Barcelona.  For starters, Brugnaro has decided that it’s unacceptable to use the phrase in the city’s St Marks Square.

Instead of waiting until after a radical terrorist shouts “Allahu Akbar,” Venetian police are ordered to open fire and not to stop until either every terrorist is down or presumably, they run out of bullets.  Brugnaro was speaking at a conference in Rimini, in northeast Italy, when he told the audience why he is so confident that his city is safe.  How much better off would the world be if every city and every country would adopt the same policy.

I know what you are thinking.  All the terrorists would have to do is attack without using that phrase.  They can’t.  They are crying out to Allah to give them strength and to sustain them as they commit heinous acts of atrocities.

So, there is always a warning, but you can’t wait for them to attack first, because then it’s too late.  Brugnaro said last year he told police he expected them to open fire before the terrorists took four steps.  This year, he lowered it to three.

He went on to recall the arrest in March of four suspected jihadists who allegedly planned to kill hundreds of tourist by blowing up the world famous Rialto bridge.

He added: “They wanted to go to Allah. But we’ll send them straight to Allah before they can do any damage.”

Video has subsequently emerged of the left-wing mayor of Florence, Dario Nardella, rushing up to Brugnaro after the speach shouting “Allahu Akbar!” and laughing.

He has since taken to Facebook to apologise for his actions.

“I apologise for some comments in an online video. It was not my intention to offend anyone, not least the Muslim community, nor to joke about their religion or neither to reference the tragic events of our times.”

“In fact, during that video, I distance myself from the statement (made) by my colleague Brugnaro about Muslims during his speech at the Rimini meeting.”

Then Brugnaro said this (I love this guy): 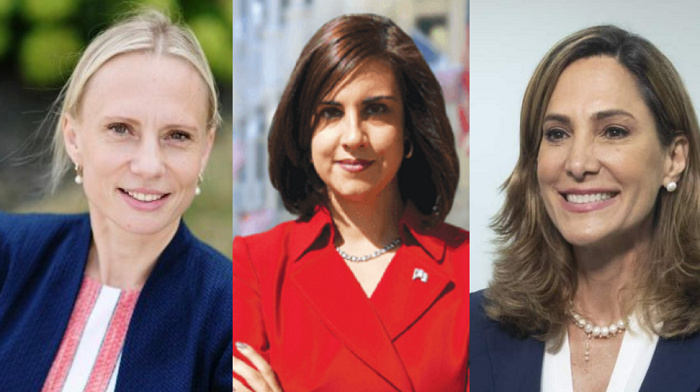