NOT unlike criminals who abuse core components of the U.S. justice system  (often, skirting punishment via “legal” loopholes utilized by aggressive defense attorneys), similarly, Islamists get away with murder – or the incitement thereof.

HIDING behind the Constitutional protection of the First Amendment (freedom of religion), unencumbered, they strike at the heart of America. Perversely, it is this Orwellian paradox which will lead to the death of the nation – if left to stand undisturbed. Never mind the fact that Islam is a quasi religion; in line with an immutable set of political constructs which are aimed to submit all to Allah. Political Islam.

EFFECTIVELY, akin to their red counterparts (a hybrid of leftist-fascist groups, plotting to bring down America), Muhammedans have been waging Jihad throughout America – regardless of this or that “sore” point, and sans any real push-back, other than pitiful pus*y-footing around.

IN other words, despite the fact that a preponderance of Islam’s followers in America not only pray for the nation’s destruction and act in support thereof (be it through frontal, stealth/civilizational Jihad, material or adjunct measures), still, they are able to carry on unmolested. How can this be?? Regardless, Trump’s recognition of Jerusalem (btw, that which should have been acknowledged decades ago) as Israel’s capital is little more than a pig in a poke excuse for more of the same – Jihad, “business as usual!” Yes, they are “hiding” in plain sight.

BUT just because Muhammedans continuously conspire to destroy America, it  doesn’t mean that their incitement shouldn’t be highlighted, as if akin to nothing new under the sun…here they go again….moving right along. To the contrary. After all, they are not two-year-olds, innocently, caught up in an out of control tantrum-mode!

Following President Trump’s recognition of Jerusalem as Israel’s capital, a Texas-based Islamic cleric has posted a recorded prayer on his Facebook page calling for Israel’s destruction, along with “their allies, and those who assist them and those who allowed them into the abodes of the Muslims.”

While Sheikh Ramadan Elsabagh does not mention Trump’s Wednesday proclamation, the Investigative Project on Terrorism, which translated the message from Arabic, interprets it as a “clear reaction.”

“Our Lord. Help holy Palestine,” Elsabagh chanted. “… O Allah, be with your oppressed worshipers in Palestine, O Allah destroy the Zionists and their allies, and those who assist them and those who allowed them into the abodes of the Muslims. By your power, O mighty one, O mighty one, through your power and might, O Allah, deflect them with what you will, and however you will, for you are omnipotent, and with a response omnipotent.”

Elsabagh is listed as the head of the Islamic Services Foundation Quran Institute in Garland, Texas, and is featured as a Quran reader on many Internet sites. HisYouTube pages have tens of thousands of views. His recitations are also featured in Google Play and iTunes.

“Oh Allah save [Al Aqsa] from the hands of the accursed violators, whom you have cursed in every book, and cursed them through every prophet,” he said in conclusion. “Oh Allah destroy them.”

The video drew several comments of “amen, amen,” according to a Facebook translation. One came from Said Abbasy, a New York-based Muslim Brotherhoodsupporter. Abbasy mourned the death of “Blind Sheikh” Omar Abdul Rahman – considered the spiritual guide for the 1993 World Trade Center bombers who was convicted for a plot to attack other New York landmarks and assassinate high-profile targets, according to IPT.

“Oh God,” Abbasy wrote on Facebook, “take vengeance on those who wronged him.”

Garland was the scene of a terrorist attack May 3, 2015, representing the first actually claimed by ISIS, Though the attack on a free-speech rally organized by activist Pamela Geller resulted in the deaths of only the two terrorists, who were killed by local police, it sent shockwaves through the U.S.

More than 100 people were gathered inside and the event was ending when two terrorists, radicalized Islamic extremists, Elton Simpson and Nadir Soofi, drove up to a checkpoint manned by a Garland police officer and a school security guard. The two terorrists opened fire with automatic rifles. A security guard, Bruce Joiner, was shot in the leg. Officer Greg Stevens returned fire with his handgun. A SWAT team on the scene shot both of the attackers in the head.

“This is standard Islamic belief,” Geller told WND about the imam’s public comments. “This imam may be reacting to President Trump’s recognition of Jerusalem as Israel’s capital, but Muhammad says that Muslims will kill Jews and the Jews will hide behind trees, and the trees will cry out, ‘O Muslim, there is a Jew hiding behind me, come and kill him.’ Trump’s decision is smoking out some of these Jew-haters, but American authorities are eventually going to have to face the fact that this is the Islamic mainstream, not ‘extremism.’ And it is Islamic Jew-hatred as commanded in Islamic texts and teachings that fuels this holy war against the Jewish state.”

Questions have remained about the role of the FBI in the case, which may have had advance knowledge of the attack.

The FBI has been under pressure from the U.S. Senate to explain the circumstances behind the terrorist attack. FBI Director James Comey told senators he would be willing to explain media reports that suggest the agency may have had advance knowledge of the attack. But he only said he would do that in a classified briefing, and no briefing has been set.

A report by “60 Minutes,” showed a remarkable level of involvement by the FBI on that day. An undercover agent was in the car immediately behind the two attackers, and was taking pictures of the scene just seconds before Simpson and Soofi opened fire. The undercover FBI agent had been in touch with Simpson for weeks prior to the shooting, and even texted him the message “Tear up Texas” weeks before the attack. And just after the pair began their attack, the undercover agent tried to flee the scene.

Hmm. But not to go off on a tangent, the FBI is neck-deep in Islam’s corner – a captured agency!

IT must also be stated for the record: Prior to Sheikh Ramadan Elsabagh’s latest “battle cry to Jihad” against America and Israel (for the “crime” of acknowledging that Jerusalem is the ancient capital of Israel, the Jewish homeland), know that a very close associate, who happens to be fluent in Arabic, has “slipped in and out” of mosques and Islamic Institutes across the U.S. – HOTBEDS of incitement and terror plots. The point being, he has recorded the aforementioned Islamic Jihadist (and countless others), as he railed against the “Big Satan” and the “Little Satan” and implored worshipers to avenge (thus, “honor”) Allah!

AS it happens, this intelligence agent (and relevant associates) is very familiar with the Islamic Services Foundation Quran Institute in Garland, Texas, as well as a host of related cancers which are spread throughout the nation.

TELLINGLY, it is not for nothing that these pages are rife with evidentiary trails – that which always lead straight back to venomous Jihadi exhortations from mosques. For the most part, they are handed over for this and that exposure – to be utilized however deemed fit. Discretionary.

IN this regard, but only as a foretaste, the following (open source) video and commentary links should suffice:

ALONG this Islamic trail of destruction, know that more than a few rallying cries have been recorded (in Arabic, some in English too) which revere the Jihadi conquests of Khalid Ibn Walid, aka the Sword of Allah; a noted commander of the forces of “Prophet” Muhammad and successive Rashidun Caliphs during the Islamic conquest of the 7th century. Pointedly, Islam has always been, and will always be, a “religion” of conquest. Mind you, Islam literally means “submission or surrender!” 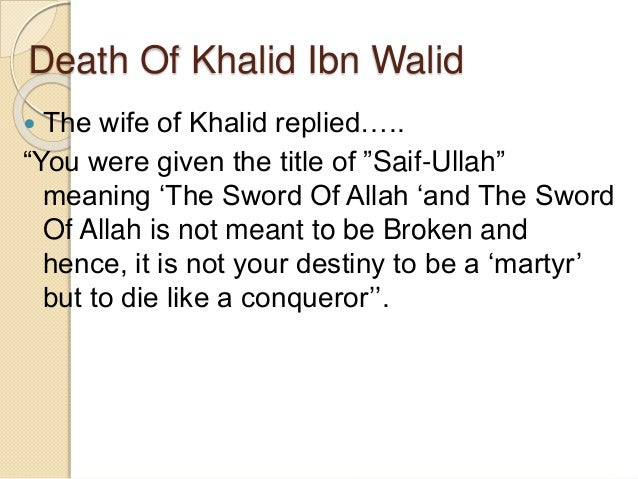 MOST significantly, this site has consistently asserted the following nexus: But for the fact that mosques, Islam’s barracks, are housed under the shield of “religious” cover, they would be exposed for what they are; communal “safe spaces” to incite to murderous Jihad – much of which is in Arabic, and with very few non-Muslims the wiser! You got that?

RESULTANT, isn’t it beyond imperative for patriots to wage a “reverse Jihad”  (through their own rallying cries in the direction of their elected leaders), warning: The enactment of new legislation to push back against the internal threat is non-negotiable!

MORE specifically, on the one hand, a two-tier Congressional Bill must connect the dots between political Islam as a method of Jihad against America, and, on the other, demonstrate how mosques and related Islamic Centers are used to spread and incite the teachings of madman Muhammad.

TO wit, it is this linkage which is a mandatory requirement; one which will finally rip the “religious” mask off of Islam. As a knock-on effect, its spearheads/beachheads will no longer be protected under the Constitutional umbrella. Inestimably, Sharia Law, Islam’s underpinning, is in direct contravention of the laws of the land!

NO time to lose!!