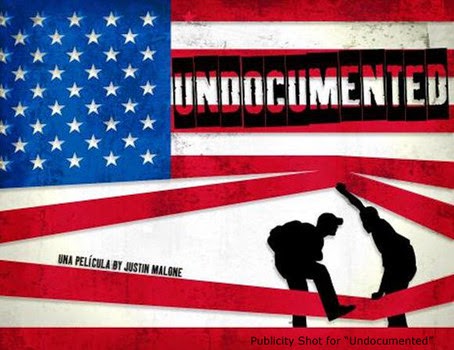 “I think race has something to do with the fact that they’re not bringing up an immigration bill.” Nancy Pelosi, wicked witch of the House

And now out comes the ever-loving race card once again, and this time it was used by Congressman Steve Israel (D-NY), head of the Democratic Congressional Campaign Committee. Saying, “the Republican base does have elements that are animated by racism,” Israel’s comment adds more fuel to the fires of racial hatred, and comes on top of Nancy Pelosi’s statement blaming racial issues for the Republicans’ refusal to act on comprehensive immigration reform …translation: on amnesty.

With NO elements of racial hatred within the Democratic party according to Pelosi and ‘Prince’ Harry Reid…and if you believe that I’ve got a bridge to sell you…what this all amounts to is the Democrats simple frustration over the Republicans stalling their ability to get these ILLEGALS into our country so they can be registered as Democratic voters…period.

The Senate bill as currently written outright gives a pathway to citizenship to the 11 million immigrants currently living here ILLEGALLY…and please know that there’s a lot more than the 11 million the government claims. And by the very nature of them coming and living here ILLEGALLY…coming here NOT following our immigration laws (Section 1325 in Title 8 of the United States Code states that anyone who enters or attempts to enter the U.S. at any time or place other than as designated by immigration agents, or eludes examination or inspection by immigration agents, or attempts to enter or obtains entry to the United States by a willfully false or misleading representation or the willful concealment of a material fact) is breaking our laws…meaning these people are out and out criminals for the word ILLEGAL in and of itself means breaking the law. ILLEGALS thus become criminals by the very nature of their being here, and now the Democrats want to embrace criminals just for votes…making the Democrats accessory after the fact if you will.

And what of the roughly 800,000 children of ILLEGALS who were born here. Do the sins of the parents necessarily reflect on the children…a conundrum for sure. But there are solutions for this. First and most importantly the borders must be sealed and sealed NOW with any and all caught crossing sent back to their home county. As for the children currently here…those under the age of 18 need to be sent back with their parents to said home countries NO matter how much the bleeding heart liberals whine they were born here, they grew up here, all they know is here. That’s why a caveat should be placed on those children who by NO fault of their own were born here stating that once they reach a certain age they and they alone…as in NOT their criminal parents…can reapply to LEGALLY re-enter the U.S., and then they would need to take the standard citizenship test that all LEGALLY arriving immigrants take to become an American citizen.

As for those children of ILLEGALS currently here over the age of 18 who want to stay in this country, to do so they must either join the military to show loyalty to this country or must join some other pre-approved organization or group that stresses and works for American ideals and values for we must recognize that NOT everyone is cut out for military duty or service. But with either option these American born children of ILLEGALS must serve for a minimum of four years, and then and only then would they be allowed to take the same standard exam for U.S. citizenship that all other LEGAL immigrants take.

The bottom line is simply this…by coming here ILLEGALLY…and rest assured these people knew damn well they were breaking our laws by coming here as they did…they became criminals and America was NOT intended or designed to be a country of criminals. And while Jeb Bush…a well-liked former Florida governor…tried for that touchy-feely kumbaya moment when he said, “Many illegal immigrants come out of an ‘act of love,” and should be treated differently than people who illegally cross U.S. borders or overstay visas, the truth is that he is wrong… totally and completely wrong. ‘Acts of love’ do NOT include breaking our laws nor do they include raping our health care system, our welfare system, or stealing jobs away from LEGAL Americans in the process of their ILLEGALLY being here. And this is what those so-called ‘acts of love’ do…they steal from rightful Americans…period.

And I really do NOT care to hear the liberal left propaganda about those they call ‘law-abiding ILLEGALS’ who came here solely to live the American dream nor do I care to hear about those ILLEGALS who hold legitimate jobs and support their families without government assistance for all are still criminals by their very being here ILLEGALLY, and NO special privileges must be afforded them either.

In fact, I’ll go one step further and say that anyone deported from our country who came here ILLEGALLY must NEVER be allowed to re-enter the U.S. for statistics show that these ILLEGALS are the ones who commit the most crimes and are the ones bilking our country and we taxpayer’s dry. For example, most ILLEGALS do NOT pay income taxes and for those few that do, most of the revenues collected are refunded back to the ILLEGALS when they file tax returns.

Now add in that every year ILLEGALS cost each American household an average of $1,117. And that number is on the low side because the greatest share of the ILLEGAL burden falls on state and local taxpayers whose monetary outlay in their state depends on the size of the ILLEGAL population in that state…a government sanctioned catch-22 ‘gotta ya’ situation either way.

Trending: Democrats Wrote Letter to Biden Asking Him To Give Up Nuclear Authority – Or Are They Still Harping Over Trump?

And finally, here are some NOT so happy statistics concerning crimes committed by ILLEGALS…for every 100 ILLEGALS who find jobs in the U.S., 65 American workers are displaced…six out of every 10 ILLEGALS deported are deported because they’ve committed a criminal act…every year more than 72,000 ILLEGALS are arrested for drug offenses in the U.S…ILLEGALS comprise over 25% of the federal prison population which means that a group that comprises less than 5% of the population is committing 25% percent of the crime and in some part of the country ILLEGALS are committing12 % of all felonies, 25% of all burglaries, and 34% of all thefts.

And as the Democrats continue to claim it’s all about race with the Republicans, the truth is that it’s about our rules of law and the documented facts and statistics and NOTHING more for America is and always has been a nation that welcomes LEGAL immigrants, and has NEVER been a nation comprised of racists. The only racists are those within the Democratic party itself…those who pull out the race card every time they don’t get their way or every time the race-baiters within the party…the likes of Barack HUSSEIN Obama, Jesse Jackson, Al Sharpton, Eric Holder, Elijah J. Cummings and assorted others…need to play upon racial fears for their own personal political gain.

And so the immigration debate will continue on both before and after the mid-term elections, but let’s remember that the best way to solve the immigration problem is for Congress to first seal the borders and then enforce the laws currently on the books…and there is NO racism involved in either…case closed.

The media have finally realized that Cuomo and Newsom are terrible. Will voters?
February 26th, 2021 Liberty Unyielding