Call her the “Gaffe-meister.” Democratic Socialist Rep. Alexandria Ocasio-Cortez is God’s gift to conservatives and comedians. She can’t go more than a day without saying or doing something really stupid.  Her latest faux pas was thinking a Democratic Party Congressman with whom she co-sponsored a bill, was a Republican.

In a tweet that has since been deleted, Alexandria Ocasio-Cortez (D-NY) mistakenly criticized Republicans by posting: “GOP: Let’s pose our older male members next to cardboard cutouts of young female legislators.” Note underlined section of the tweet that was the basis for her criticism. It points out that the guy with the cut-out is a Democrat.

It literally says in the tweet that she is quoting that Yarmuth is a Democrat.

AOC doesn't even know who her Democrat colleagues in Congress are, how embarrassing. pic.twitter.com/p9mxv2qwxw

The most hilarious part about this is that just a couple minutes prior she was attacking the "GOP" for "bad-faith attacking" her ideas, claiming that they were like "1st grade readers" pic.twitter.com/9hazi9SliR

One of Rep. Alexandria Ocasio-Cortez’s, D-N.Y., tweets seemed to backfire on Thursday when she tried attacking Republicans over a picture of a politician stood next to a cardboard cutout of her.

“GOP: Let’s pose our older male members next to cardboard cutouts of young female legislators,” she tweeted. Her tweet included a post from the Republican Party of Kentucky. However, the politician pictured was Democratic Rep. John Yarmuth, Ky., not a Republican as she claimed. 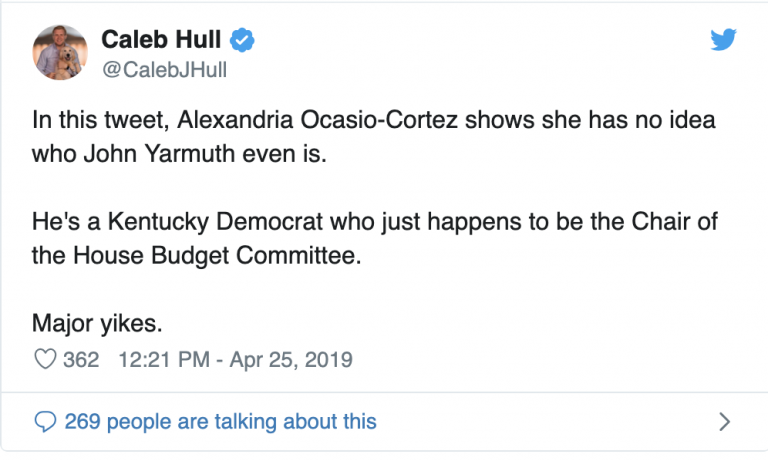 Even more embarrassing for Ocasio-Cortez, she is a co-sponsor of legislation reintroduced by John Yarmuth earlier this month.https://t.co/lDzGB0yVp6

Ah…the liberals who sponsor bills together…

Maybe this is the reason for her embarrassing mistake:

It’s true. You don’t know how many times people ask me for my autograph because they think I am Bradley Cooper.

I'm a Democrat. It disturbs me that one of our leading voices is a 29 year old who does most of her learning and thinking while mashing away at her smart phone.

Disturbing? You obviously have no sense of humor, she’s hilarious.

Ouch: David Hogg labeled ‘King of the Snowflakes’ on Twitter 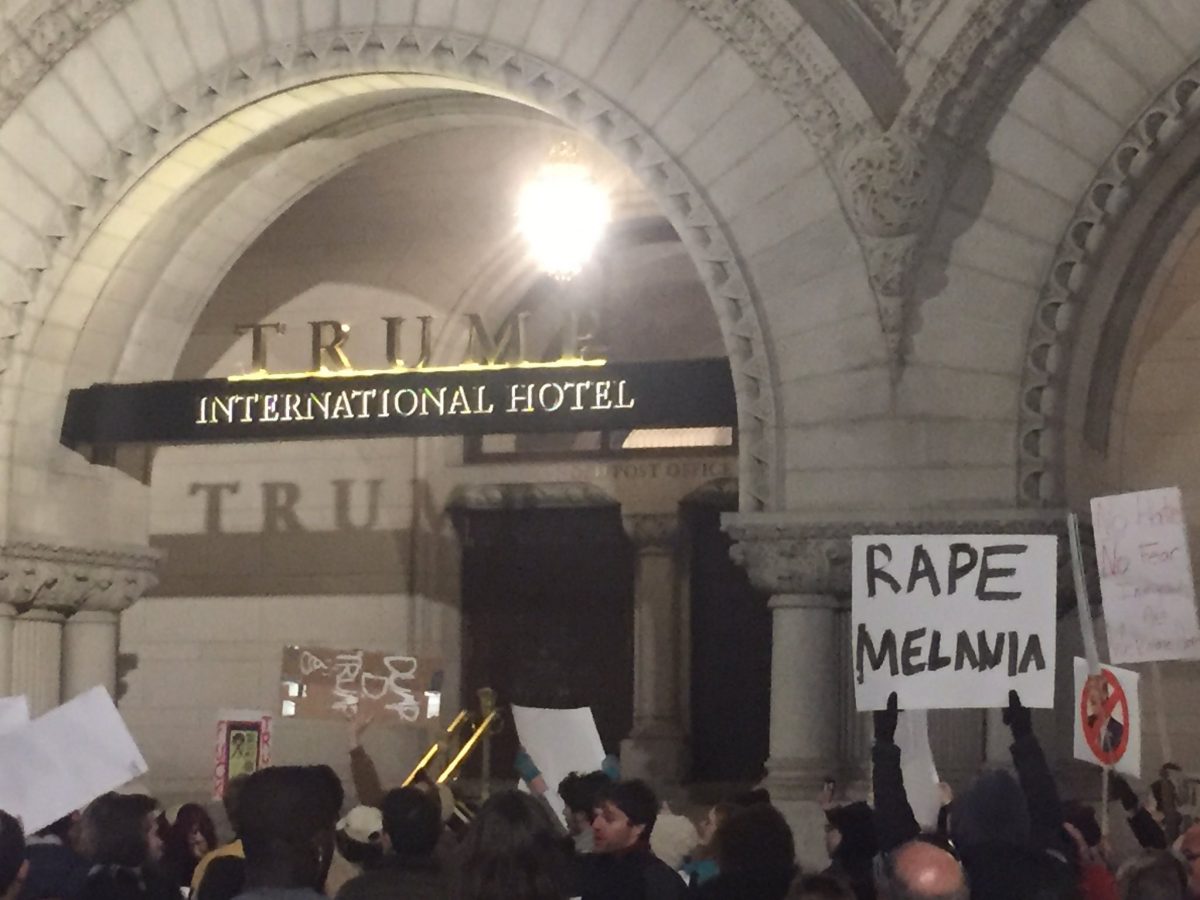