President Donald Trump’s energy policies have created an America that is energy independent for the first time in 60 years. That means we produce more energy than we consume. As a result, the price we pay now at the pump and to heat our homes is relatively affordable.

But Dan Kish, a distinguished Senior Fellow at the Institute for Energy Research said that could all change if Joe Biden is elected president. Kish said Biden’s Green New Deal energy plan would make America wholly reliant on countries like China and Russia.

On his campaign website, Biden touts that his energy policies would “go well beyond the Obama-Biden Administration platform” and even “go much further” than the Paris climate agreement.

Biden even touts that he oversaw the failed 2009 Recovery Act, part of the Obama Administration’s economic stimulus. That’s nothing to be proud of considering that under this program taxpayers lost more than three-quarters of a billion dollars in loans to startups including Fisker Automotive, Abound Solar and Solyndra, which all went bankrupt after receiving large government loans intended to help them bring green technologies to market.

“Trump solves the energy problem and Biden’s proposals cause energy problems,” said Kish, who has more than 25 years of experience in natural resource and energy policy, including as chief of staff for the Republicans on the House Resources Committee.

Kish said Trump and Biden could not be further apart in terms of their energy agendas.

“The entire western world depends on concentrated energy sources like oil, natural gas, and coal. But Biden wants to ban anything that produces carbon dioxide by 2035,” Kish said. That means America would have to rely solely on renewable energy sources such as wind and solar, which Kish said would put us at the mercy of China because China “controls the supply chain of everything needed for the solar and wind energy infrastructure.”

Kish said that the degree to which the United States would be dependent on China for our energy would be far worse than our past energy reliance on the Middle East.

“At the peak of our dependency, we relied on [the Middle East] for about 20 percent of our oil,” explained Kish. But he says under a Biden green energy plan, we would be relying far more on China.

Kish noted that the new fracking technology which allows energy companies to drill horizontally into veins of oil and gas plays a large role in our new energy independence.

“Trump wants to continue his idea that America should be energy dominant and Joe Biden wants to go down this road of stopping us from using the oil and gas and coal that we have in enormous abundance, all based on climate,” Kish said.

Kish noted that the environmental movement started with the goal to have cleaner air by reducing vehicle pollutants. He said we have achieved that goal.

“We have cleaner air than we’ve ever had,” Kish said. He added that a car today driving down the highway at 70 miles per hour puts out less emissions than a car just sitting in the driveway with its engine turned off did 50 years ago.

While Americans are enjoying affordable, reliable energy now, we should not become complacent in this election. If Biden wins the presidency, his policies would make us energy dependent on China, giving Beijing control of the entire supply chain for the Green New Deal. It’s almost as if we could call it the China New Deal. 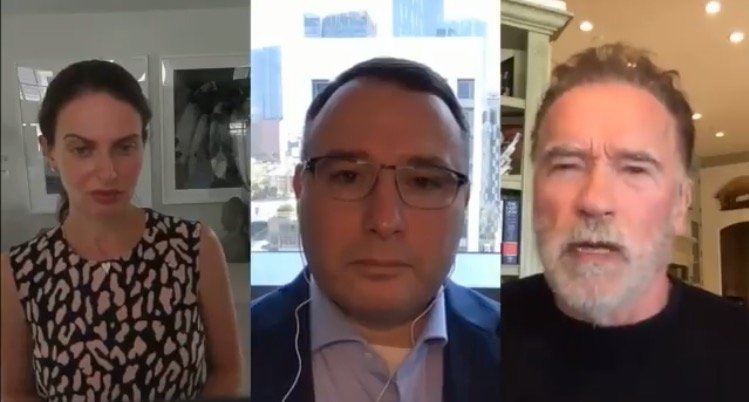