As St. Teresa of Calcutta once famously stated, “It is a poverty to decide that a child must die so that you may live as you wish.”

On the other side of the coin, it’s certainly within the realm of possibility that Satanists look upon abortion as a virtue, especially so for those who embrace hedonism so they can live as they wish.

One thing’s for sure, the Satanic Temple made quite clear in 2015 that they consider abortion an “essential religious duty.” That’s pretty much the same words used by Christians referring to Sacraments.

Perhaps best illustrating  the Satanic outlook on the purposeful killing of an unborn child, would be as reported by The Daily Caller;

The Satanic Temple is hosting a pro-abortion fundraiser on Valentine’s Day titled “Hugs and Kisses for Satan.”

The liberal group known for trolling Christians across the United States is seeking to raise funds in support of two pro-abortion lawsuits filed against the state of Missouri. Both are filed on behalf of a pregnant woman seeking an abortion in the state. She objects to laws requiring a 72-hour waiting period before the abortion procedure and that she must be given reading material saying the procedure ends a human life. The suits are filed at both the state and federal level on religious grounds.

“The Temple objects to these restrictions on religious grounds because they violate the Temple’s belief in the inviolability of one’s body,” the group said in a statement announcing the fundraiser Thursday.

Participants in the fundraiser are supposed to gather pledges of money according to the number of hugs and kisses they receive on Valentine’s Day. So if a sponsor pledges $1 per hug or kiss, and the participant gathers 20 hugs or kisses, that would send $20 into the pro-abortion lawsuit fund. The group will award prizes to whomever gets the most physical contact and/or money.

As cited on Catholic Online, St. Valentine of Rome was sentenced to a quite slow and painful death by Emperor Claudius for secretly marrying young couples in the Name of Christ.

As one pious legend regarding the saint is concerned, while imprisoned he healed the daughter of one of his jailers of her blindness. On the day of his execution, he left the girl a message signed, “Your Valentine.”

St. Valentine is recognized by the Catholic Church as the patron of those in love, engaged couples, a happy marriage, and of all young people. 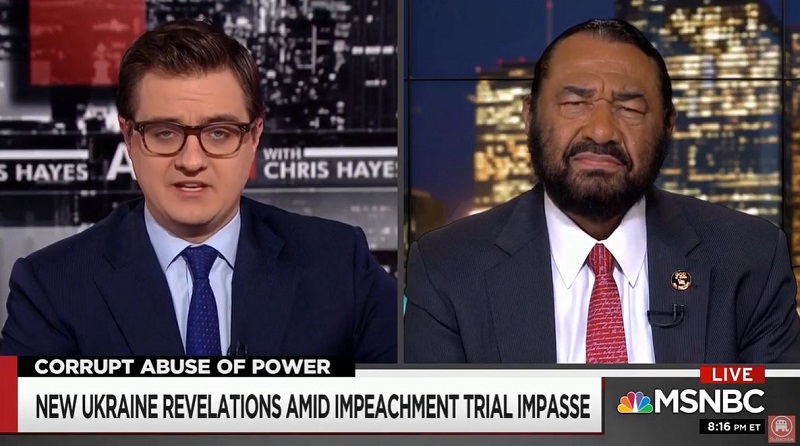 Video of the Day: Dem Rep. Al Green admits ‘genesis’ of impeachment was Trump’s run for the White House