Two high-profile shootings that took six lives in California over the past few days, including the incident at Saugus High School in Santa Clarita, provide more proof that California’s extremist gun control laws have failed, according to one of the nation’s leading Second Amendment organizations.

The Second Amendment Foundation expressed criticism in a prepared statement Tuesday for “anti-gun Democrats” who moved swiftly to exploit the school shooting to push for “universal background checks” when it wasn’t clear about the shooter’s identity and other details were still being investigated. As it turned out, the killer was a teen who left no diary or manifesto, and could not legally purchase a handgun, so background checks had nothing to do with the crime. But, according to critics like SAF founder and Executive Vice President Alan M. Gottlieb, facts don’t matter to the gun control crowd.

“What Thursday’s tragic school shooting really shows is the callousness of gun control fanatics who quickly dusted off their same old agenda knowing it has nothing to do with the circumstances of the Saugus incident,” Gottlieb said. “And now we’ve got four new victims in Fresno, and California gun control laws didn’t prevent that crime, either.”

Two students were killed at the high school, and four men were gunned down by assailants yet unknown at a backyard football party in Fresno. All four victims were members of the Hmong community, according to published reports.

“With each new gun control law,” Gottlieb observed, “California citizens were assured that the new restrictions were necessary to stop deadly crimes. But the only people to suffer the consequences are law-abiding gun owners and innocent victims.

“The Saugus school shooting should convince any rational person that lawmakers in Sacramento have perpetuated a fraud,” he continued. “They’ve known all along that their gun control agenda was only going to prevent honest citizens from exercising their Second Amendment rights. Criminals, regardless of their age, have never been prevented from committing deadly crimes by California’s extremist gun laws.”

According to CNN, no suspect or vehicle information is available for investigators in Fresno. It does not appear to be gang related, and detectives are being assisted by three federal agencies and the U.S. Attorney’s office.

Down in Santa Clarita, investigators are still trying to determine how the teen shooter got the .45-caliber handgun he used. The teen’s father reportedly died about two years ago, but there is so far no indication that the pistol, or any of the guns seized at the killer’s home, had belonged to the late dad.

What does appear clear to Gottlieb and other rights advocates is the California politicians are too stubborn to admit all of their gun restrictions have not prevented these and other tragedies. Earlier this year, there was another mass shooting at a garlic festival in Gilroy that took three innocent lives before the killer committed suicide. State gun laws didn’t prevent that one, either.

“It’s time for Democrats in Sacramento, including Gov. Gavin Newsom, to admit their gun control crusade has been an abysmal failure,” Gottlieb said. “They’ve closed their eyes and ears to the truth like they closed their minds to the Constitution. They should apologize to gun owners for years of scapegoating their own policy failures.” 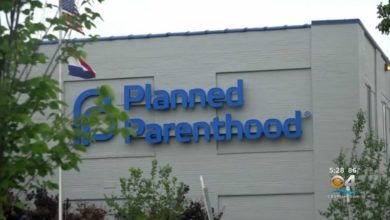