Here’s an important question you must ask yourself. IF Obama knew that Russian “spies” were living out of the two compounds he closed down, then why weren’t they removed before all this Russian hackers talk? Why did they leave known spies inside the United States? Because there is an agenda, that’s why- he wants to make Trump look like a Russian tool, an illegitimate President. It won’t work.

Russian hackers have been around since computers were invented. Seriously. They’ve reportedly hacked the White House, the Pentagon, hijacked a US Satellite, and done all sorts of messy hacks over the years. But why leave them in place in the US if the govt knew of their activities? Or has the government been removing them steadily, not telling us, and just decided that it was time to blow it up as part of a propaganda move over Donald Trump?

Food for thought from Wikileaks

Wikileaks received the data that was released.  Founder Julian Assange has asserted constantly that the person who sent the information to them was not a Russian hacker, nor a state entity.  Americans tend to believe their government, but this time that may not necessarily be a good choice.

In a recent interview with Sean Hannity, Assange once again insisted it was not Russian hackers that released the information. He told Hannity that he was “1000%” positive that it was not the Russians.

So someone is lying. Is it the CIA (they’d never do that oh no not ever)? Was it the FBI that suddenly changed its mind from “we don’t agree that the Russians had the right motives to do it” to “Oh yes the Russians did it?” Or is Julian Assange a clueless idiot who doesn’t even know who he is dealing with?

Other countries, and in particular China, launch cyber attacks against the U.S. constantly: the only reason Russia is in the headlights is because of Donald Trump, plain and simple.

The Washington Post printed a news story claiming that the Russians hacked the power grid. When that was found to be blatantly false, they had to retract the story. We reported on that fake news previously. The malware was on a single laptop not even connected to the grid, and was an old version of malware that was of Ukraine origin.

Then, in the frenzy to report that Russian hackers are everywhere, CNN used a screenshot from a popular video game, Fallout 4,  to illustrate how ‘Russians hacked’ and why Obama instituted sanctions against them. They’re taking some heat for it, since the game is copyrighted.

The thing about computer hacking is that it’s such a general, far-reaching term that it’s almost impossible to explain to someone who isn’t already familiar with it. So, news networks who need b-roll footage to show while they’re talking about hacking usually just show keyboards or random strings of letters and numbers, while the audience stares blindly at the screen, assuming that whatever they’re looking at is somehow related to the topic. Or, if you’re CNN, you steal footage from one of the most popular video games of the year and hope that nobody watching will recognize it.

Obama and his media operatives are doing everything in their power to cause Trump problems. Lie, Cheat, Steal…the modus operandi of the left forever.

Announcing Reader’s Choice Award: Select The Liberal Media Propagandist Of The Year For 2020 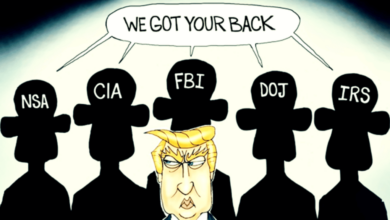 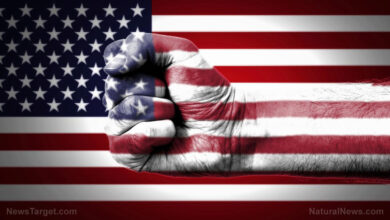 How Do We Defy The Fascist Far Left In Their Plan To Destroy The US?