“What was produced by the intelligence community at the request of Ms. Rice were detailed spreadsheets of intercepted phone calls with unmasked Trump associates in perfectly legal conversations with individuals,” diGenova told The Daily Caller News Foundation Investigative Group.

“The overheard conversations involved no illegal activity by anybody of the Trump associates, or anyone they were speaking with,” he added. “In short, the only apparent illegal activity was the unmasking of the people in the calls.”

Other knowledgeable official sources with direct knowledge and who requested anonymity confirmed to TheDCNF diGenova’s description of surveillance reports Rice ordered one year before the 2016 presidential election.

Also on Monday, Fox News and Bloomberg News, citing multiple sources reported that Rice had requested the intelligence information that was produced in a highly organized operation. Fox said the unmasked names of Trump aides were given to officials at the National Security Council (NSC), the Department of Defense, James Clapper, President Obama’s Director of National Intelligence, and John Brennan, Obama’s CIA Director.

Joining Rice in the alleged White House operations was her deputy Ben Rhodes, according to Fox.

Critics of the atmosphere prevailing throughout the Obama administration’s last year in office point to former Obama Deputy Defense Secretary Evelyn Farkas who admitted in a March 2 television interview on MSNBC that she “was urging my former colleagues,” to “get as much information as you can, get as much intelligence as you can, before President Obama leaves the administration.”

As we reported Monday, news of Rice’s involvement was broken by Mike Cernovich, an attorney and author previously castigated by CBS as a purveyor of “fake news” in a report that was slammed as “more fake news.”  He also said there’s more to come:

Col. (Ret.) James Waurishuk, an NSC veteran and former deputy director for intelligence at the U.S. Central Command, told the Daily Caller that there had to be many more people involved in the Obama regime to launch such an operation and warned of dire consequences.

“We’re looking at a potential constitutional crisis from the standpoint that we used an extremely strong capability that’s supposed to be used to safeguard and protect the country,” he said. “And we used it for political purposes by a sitting President. That takes on a new precedent.” 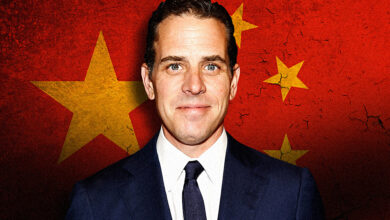