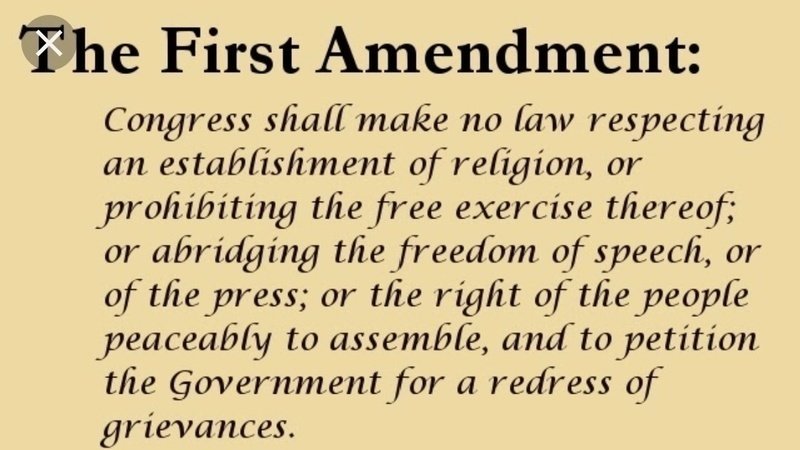 WHENEVER, wherever socialists/Marxists gain control, the first freedom-based underpinning to go down the rabbit hole is in direct proportion to their main target, that is, free speech. As such, within their totalitarian worldview, it goes thusly: free speech for me (the political overseer, or associates thereof), but not for thee (the subservient class, a.k.a. deplorable-like citizenry).

AND it is along this most disdainful, racist, divisive, but truth-telling continuum that little is as indicative of the foresight of America’s Founders than said understanding re what drives totalitarian thinkers. Simply put, without the most basic right of all, the ability to speak/think freely, well, all other rights fall by the wayside, eventually and inevitably. Yes, this sacred right must include even the most offensive speech – unless said speech directly {emphasis added} incites to violence.

THAT being a cornerstone of western society’s civilized norms, know this, too: once its edifice is shaken, the oft-mentioned (and feared) “slippery slope” is nothing but a short downhill spiral. Guaranteed.

INCONTESTABLY, it is into the above explosive minefield that socialists/Marxists in America, inside and outside officialdom, have embedded themselves – most especially, within the nation’s school system. As per Karl Marx, the “father” of revolutionary Marxism:

INDEED, Marx (and his disciples, then and now) understood that to capture the “hearts and minds” of every generation, what matters most is for the state to take charge of their “education” – and they did! Effectively, generation after generation of those “schooled” within the public school system in America have, in one way or another, been indoctrinated into Marxist ideology and theory – dangerously twisted, as it is. In reality, its knock-on effects can be felt all across the nation’s college campuses, as legions of students are primed and willing to become the foot soldiers of a mostly radicalized teaching and administrative staff. Hence, the mayhem and lack of free speech! Orwellian.

IN fact, this is precisely why the “educator of all educators”, better known as Bill Ayers – yes, that very same inextricably intertwined “non-neighbor” of HUSSEIN Obama – is Exhibit Number One re the aforementioned indoctrination to bring down America!

…..Bill Ayers, the foremost leader of the Weathermen “is in his third decade as a national leader in the movement to radicalize the educational training of schoolteachers”…..

YOU got that? The unrepentant leader of a duly designated domestic terror organization spent over 30 years “educating” teachers how to radicalize their charges – and the Department of Education has his back!

TO wit, it is into this hellish vortex that the seeds that Ayers and fellow revolutionaries planted have borne full fruit.

SO, what exactly has 30 + years of radicalized educational training of America’s schoolteachers wrought? More pointedly, what hasn’t it torched?

A school in Michigan has decided to discipline students for what they do and say at home, and now is getting sued for overstepping its authority.

The case has been filed in U.S. District Court in Michigan on behalf of four students who summarily were suspended from the Saline High School because of a private snapchat conversation.

The school found out about the offensive language that was used, and took action immediately, even though the conversation had nothing at all to do with the school, according to David Kallman, of Kallman Legal, who is working on behalf of the students and their parents.

The case asks for a declaratory judgment, damages and injunctive relief for the violation of their constitutional rights to due process and free speech.

Two of the students have been returned to classes, but two others have been recommended for expulsion, Kallman reported.

The snapchat occurred on a Sunday evening between friends and acquaintances, he reported. African-American and Caucasian children were using inappropriate and offensive language in a joking manner and in the context of immature banter among friends, Kallman reported.

“The conversation did not occur at the school, at a school event, or on any school equipment. While all the children are embarrassed by their language, it does not justify the school’s rush to judgment and overreaction.”

He said, “This case boils down to a simple question: When a child misbehaves at home, who disciplines – the local public school or the parent? If a child gets stopped for drunk driving on a Saturday night, does the school have the right to expel that student? The answer is obvious. No. The conversation of these children had nothing to do with the school. It has no authority to discipline students for out of school misbehavior.”

He said, “The school is acting is acting outside the scope of its authority, has no legal right to impose the discipline carried out, and has violated our clients’ constitutional rights by their reckless and hasty rush to judgment.”

The damages included those for “mental anguish, damage to their reputation, and … adverse consequences socially, educationally, and vocationally.
TOTALITARIAN overreach, anyone? Not according to Marx’s radicalized teaching manuals – a bonafide part of public education in America!

MOST significantly, as intended, decade after decade of said radicalized “teaching methods” has ripped apart America’s ethos, root by root. So much so, in November 2018, an ENTIRE class was “evacuated” because a free-thinking student refused to take off his “disturbing” MAGA hat, of course, on the orders of his commandant-like teacher! Mind you, had it been a Karl Marx, Che Guevara, or some such revolutionary hat, well…..but that’s not the half of it. Read on. Keep learning the bitter truth.

A  high-school teacher may have evacuated his entire class because one student was wearing a “Make America Great Again” hat, according to a video that was posted on YouTube.

The video, which was originally posted in an article on The Daily Caller, features audio of what is allegedly the teacher and the student arguing, reportedly recorded by one of the students in the classroom.

“You’re putting me in a position where I’m either going to gather everybody up and go to another classroom and you can remain here like an a******, or you can take your hat off, or you can go talk to an AP about it,” a voice, reportedly the teacher, can be heard saying. “Now, what do you want to do?”

“I can’t sit here and learn?” another voice, reportedly belonging to the student who was wearing the hat, asks.

“Not with that hat on,” the teacher allegedly responds.

DARE it need to be repeated…… 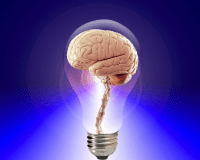 Americans R So Stoopid That They Are Literally Eating Rotten Meat To Get High
May 6th, 2021 Sons of Liberty Media 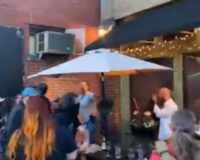