Eight video releases from Jan 6, 2021 would never have seen the light of day were it not for a judge who unsealed them in December based on a motion of Discovery from an attorney. What they revealed is inconsistent with the Democrat and police narrative of what happened that day. They showed DC Metro police beatings of innocent citizens, people being shoved to the ground and trampled, people being pepper sprayed by police in the midst of a press of too many people in a narrow tunnel. One of those trampled and beaten was Rosanne Boyland, who died. Another, Victoria White has filed a lawsuit.

Rosanne Boyland’s death was ruled an “overdose” of prescription medication. The family strongly questions that determination. Yet the video reveals that she was beaten repeatedly by a police officer and mercilessly thrown into a pile of bodies. “The only ones who tried to help her are the ones sitting in jail right now.”

Boyland, from Kennesaw, Ga., traveled to Washington D.C. for the Save America rally at the Ellipse on Jan. 6. She is seen on video entering the Capitol tunnel, walking next to conservative activist Philip Anderson. Bystanders continue filing in toward the double doors leading into the Capitol.

About 2 1/2 minutes later, police begin pushing the crowd backwards. Boyland is seen at one point looking down at her feet as the mass of humanity flows back toward the entrance. Less than two minutes after that, she disappears from view after falling. Police continue to push the crowd out of the tunnel, causing bodies to pile up on the stairs.

A man in a blue cap and fur-trimmed jacket hood points at the ground and pleads with police to stop pushing. Others in the crowd try to hold off the police, desperately signaling that people are down on the sidewalk. Despite the pleas, police make another push against the crowd, sending more bystanders down the stairs.

Men trying to pull people off the pile are doused with pepper spray. About seven minutes after Boyland was pushed out of the tunnel, a man steps right in front of police and shouts, “Stop!” He grabs an aluminum medical crutch off the ground and holds it out in a blocking motion.

Some people were able to carry Boyland’s lifeless body to the front of the police line and another man with a “sheriff” patch francially performed CPR. That man was pulled away from her. Then police dragged her into the Capitol. By then she was dead.

Then the crowd erupted into a rage and began throwing things at the police. The video confirms what witnesses said before: that Rosanne Boyland was crushed by the crowd as police pushed them, then beaten repeatedly by a police officer as she lay unconscious.

“We just want to know what happened to Rosanne. There are so many questions. There’s video of her being beaten by a police officer after she’s already down on the ground. And then she is seen on video again shortly thereafter and the police drag her. The guys who are out there with her are doing CPR, and one of the police officers like picks up her leg and starts dragging her down the tunnel.”

Excessive Use of Force?

Victoria White has filed a lawsuit against DCMP for police beatings on Jan 6, 2021. As a previous victim of domestic abuse, what happened on Jan 6, 2021 destroyed her progress in healing.

Victoria C. White, the Minnesota woman who allegedly suffered a beating by District of Columbia police in the West Terrace tunnel at the U.S. Capitol on Jan. 6, 2021, has filed a federal lawsuit alleging assault, battery, and excessive use of force.

…White’s beating is shown in detail on a three-hour video unsealed by a federal judge in December in a case involving another defendant charged in the wake of the rally featuring then-President Donald Trump and the subsequent unrest at the U.S. Capitol.

The video shows White being struck by police nearly 40 times in a four-minute span, including blows to the head with a steel baton and punches to the face and head, delivered by an officer in a white shirt..

Victoria White actually attempted to stop a man from vandalizing the Capitol on that day, only to be allegedly severely beaten by police later..

Video shows the man with the green helmet bashing the window at least 18 times with a small bat before he’s pulled down by a man in a brown coat. White is seen trying to wrest the bat from his hands before shouting at him not to vandalize the Capitol.

The attorney who filed the motion of discovery, Joseph McBride, also stated that a careful review of the eight videos released shows provocateurs who coordinated with police.

Careful, patient analysis and cross-referencing of these eight videos will lead you to the truth. Look for coordination and communication between members of the crowd who look out of place with uniformed police and begin to connect them to each other.”

So we have severe police beatings by DC Metro officers, one of which may have led to a death, police shoving the people back into piles where they were crushed, and provocateurs in the crowds that appear to have contributed to the riot. Republican lawmakers have attempted to elicit truth from AG Garland et al, but thus far have been given a mealy-mouthed response that means nothing. 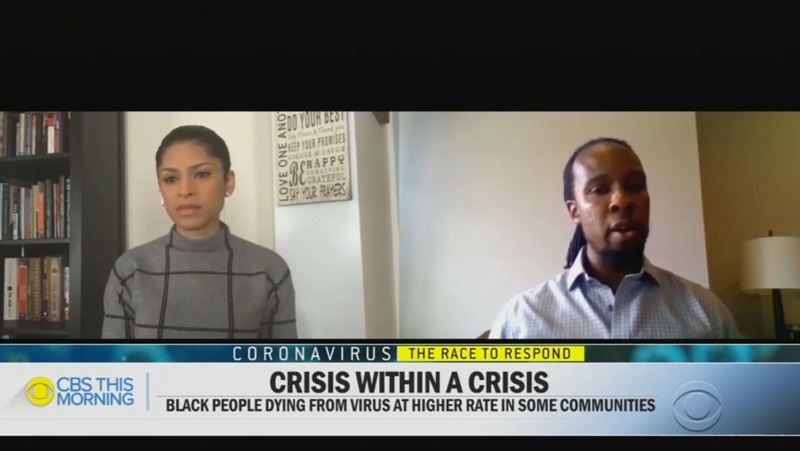 Video of the Day: CBS Brings Far-Left ‘Anti-Racism’ Expert To Learn If Coronavirus Is Racist