It seems that CNN, the cable outlet once declared the least-trusted name in network news, seeks to replace MSNBC as the official network of insane liberal hatred.  During Saturday’s edition of “CNN Tonight,” Don Lemon — an individual dubbed “the dumbest man on television” by President Trump — had a good laugh when his Trump-hating guests smeared millions of Trump supporters as ignorant rubes who can’t read.

WAJAHAT ALI, CNN CONTRIBUTOR: You elitists with your geography and your maps and your spelling!

WILSON: Your math and your reading!

ALI: Yeah, your reading, you know, your geography, knowing other countries, sipping your latte!

WILSON: All those lines on the map!

ALI: Only them elitists know where Ukraine is!

Lemon thanked Wilson for his mockery of the 63 million Americans who voted for Trump, stating, “Oh, my God! Hold on — hold on — hold on. That was good, sorry. Rick, that was a good one — I needed that.”

Here’s video of the outrageous segment, courtesy of Newsbusters:

Here’s a transcript, as posted by Wilmouth:

DON LEMON: First of all, Kelly has a masters degree in European Studies from Cambridge University. Also, he (Mike Pompeo) doesn’t really say that she couldn’t identify Ukraine on a map, he insinuates it’s just a — it’s just a petty attempt to put her down, right? Is that what this is?

RICK WILSON, REPUBLICAN STRATEGIST: Of course — of course. He’s just trying to demean her, and obviously it’s false. And, look, he also knows, deep In his heart, that Donald Trump couldn’t find Ukraine on a map if you had the letter “U” and the picture of an actual physical crane next to it. He knows that this is a, you know, an administration defined by ignorance of the world, and so that’s part of him playing to their base and playing to their audience, you know, the credulous boomer rube demo that backs Donald Trump — that wants to think that (does impersonation) “Donald Trump’s the smart one, and y’all — y’all elitists are dumb!”

WAJAHAT ALI, CNN CONTRIBUTOR: You elitists with your geography and your maps and your spelling!

WILSON: Your math and your reading!

ALI: Yeah, your reading, you know, your geography, knowing other countries, sipping your latte!

WILSON: All those lines on the map!

ALI: Only them elitists know where Ukraine is! Sorry, I apologize.

ALI: But it was Rick’s fault. I blame Rick. But, in all honesty–

ALI: But can I tell you what NPR should do? NPR should take a black sharpie, circle it all around that whole subcontinent — Bangladesh and Ukraine — and then just be like there’s Ukraine, right in the middle, just In honor of Donald Trump.

Reaction to the insulting segment was pretty much what you’d expect:

This is one of the most revolting things I’ve ever seen on CNN, and that’s saying a lot.

America, this is what the liberal media thinks of you: pic.twitter.com/51eBSjeTVR

Indeed.  As we and others have noted, both CNN and MSNBC have declared war on those who support the president, deriding them as brain-dead cultists unable to think for themselves.  These aren’t “news” networks anymore.

This, by the way, IS CNN.  And yes, America, they hate your guts.  Let that sink in. 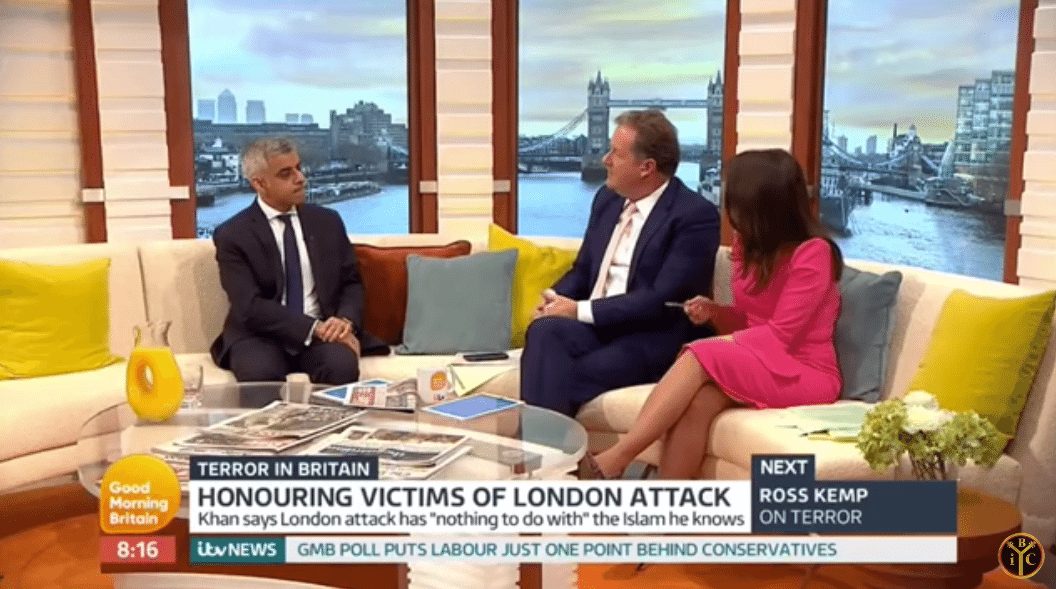 Piers Morgan shreds Mayor Khan on jihadists in London: ‘Where are they?’ — Video