Gen. Lloyd Austin testified before the Senate Armed Forces Committee that Obama spent $500 million of the taxpayer’s money to train just 5 Syrian rebels how to fight against ISIS.  Call me crazy, but I think that is a pretty high price to pay.

If that’s not bad enough, he has plans to train another 100 fighters.  That could end up costing Americans as much as four Obama vacations.  The class had 54 members to begin with but only 5 were able to finish training.  Despite the price and the lack of results, the program is set to continue.

This month, Obama claimed that the best way to defeat ISIS is to use Syrian rebels.  Exactly what will the five successful trainees do to justify the expense?

He says they provide a powerful counterweight to the ever growing ISIS forces that have taken over large areas of Iraq and Syria.  There are an estimated 30,000 to 50,000 ISIS fighters in Syria alone.

Next week, Obama will lay claim to being the greatest war time president since Lincoln.  [Editor’s note: Joe Biden’s come pretty close to that already...] 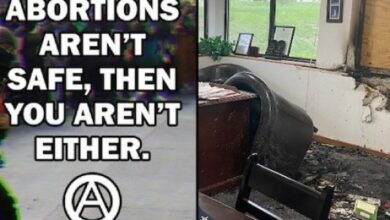 HEY BIDEN: Your Buddies Are Firebombing And Vandalizing Pro-life Institutions … Is That ‘Domestic Terrorism’?