Once again, Pope Francis the False Prophet is at it again. Frankie the Fake symbolizes the betrayal of Christendom and the sacred teachings of Jesus Christ. He is the perfect disciple of Satan as this wicked world rapidly achieves an evil Zion that stretches across the planet. Ever since Cain killed Able the depraved nature of a fallen species has flourished over the righteous choices of free will. Billions of deaths have occurred as murder became the universal instrument of human destruction by all barbarians, from every era of history. Now this deceptive Pharisee Judas announces that “Bad souls “are not punished,” Pope Francis is quoted, “those who do not repent and cannot therefore be forgiven disappear. There is no hell, there is the disappearance of sinful souls.”

Well, if there was ever a Pontiff that rejected repentance, Francis is the embodiment of this new age of hedonism. The popular Debunking the myth of hell is expressed by Carol Meyer in The National Catholic Reporter.

“I don’t care if scripture mentions hell or Jesus talked about it, if saints had visions of it, or if it’s a time-honored Catholic teaching. It simply can’t be justified on any level. We have no proof of its existence. It doesn’t work as a preventative for wrong. Fear is the lowest form of motivation in moral development, and has probably been more the cause of the terrible crimes of humanity than any deterrent. People laugh and joke about burning in hell and draw cartoons about it, but almost no one takes it seriously.”

One can easily see Pope Francis agreeing that hell is a caricature of fear, no matter what Jesus Christ aforementioned on the condemnation for sin. Why be surprised, since the Socialist Pope rejects our Savior for the teaching of the Marxist secularists.

By disavowing the nature of an immoral soul, the entire purpose of divine creation is denied by this heretic. The consequence from the reputation in the Gospels of Jesus, results in a rejection in the entire New Testament message.

For the self-absorbed and narcissistic indulgent, such a refutation offers only empty gratification and ultimate social relativism. The state of world affairs is beyond salvation when the gift of redemption is rejected.

The Catholic Church has always been preoccupied with its own political power. Such a departure from intellectual scholarship and tenets founded upon spiritual canons of the Gospels has harmed the spreading of the testaments and the covenant, between God and man.

Papal doctrines and dogmas have fallen short of the literal word of the Father, Son and Holy Spirit. The Apostolic church has maintained traditional precepts formally adopted in the Nicene Creed. Accepting Jesus Christ as the Messiah as the complete fulfillment of the prophecies in the Old Testament is fundamental to the faith.

Such historic basic recognitions within the Eastern Church and most Protestant Dominations share this belief with the Latin Church. However, variances about the character of our created spiritual being, illustrates that reason alone is unable to achieve pure perfection in the knowledge of the metaphysical composition and immortality of the soul.

Pope Francis admissions are most disturbing on a cardinal level. In order to counter these charges against sacrilege, the Vatican issued a denial. Don’t trust report that Pope Francis denied reality of hell.

“What is reported by the author in today’s article is the result of his reconstruction, in which the literal words pronounced by the Pope are not quoted. No quotation of the aforementioned article must therefore be considered as a faithful transcription of the words of the Holy Father.”

Scalfari, a self-proclaimed atheist, is the founder and former editor of Italian leftist newspaper La Repubblica. In an article published on the site March 29, Scalfari claims that Pope Francis told him, “hell doesn’t exist, the disappearance of the souls of sinners exists.”

Scalfari’s fifth meeting with Pope Francis, it is not the first time he has misrepresented the Pope’s words following a private audience.”

If the remarks attributed to Francis by Scalfari are so misleading, why has he been granted all these interviews? Let’s not distract from the essential reality, that the sympathies and alliance between Pope Francis and the worshipers of Baal who make up the New World Order are the embodiment of demons in the service of Beelzebub.

Christians of every denomination share a basic belief in the salvation from the crucifixion of the Lamb of God. For those who do not accept HIS sacrifice, what would be the point of accepting the grace of redemption? If one rejects the promise of eternal life, it would be much easier to deny the punishment of hell.

For a list of reasons for scorning the torture of hell, read Why is the idea of eternal damnation so repulsive to many people? Pope Francis is not a spiritual Pontiff. He is an apparatchik of his fellow travelers. His pronouncements deny The Theology Of Hell And Damnation. For A Defense Of The Traditional Christian Doctrine Of Hell, listen to the presentation by Dr. Scott M. Sullivan.

Jorge Mario Bergoglio has committed more damage to Christianity and especially to the Catholic Church than any other Bishop of Rome. The Heresy Charges Against Pope Francis are an unprecedented condemnation in modern times.

“Last September, a group of 62 clergy and lay scholars took the rare step of presenting Pope Francis with a “Filial Correction,” charging him with permitting the spread of seven heresies, at least by omission, about marriage, the moral life, and the reception of the sacraments.

The filial correction, in the form of a 25-page letter, was delivered to the Pope at his Santa Marta residence on August 11, 2017. No similar action has taken place within the Catholic Church since the Middle Ages, when Pope John XXII was admonished for errors which he later recanted on his deathbed.

Expressing “profound grief” and “filial devotion,” the group of clergy and lay scholars “respectfully insist[ed]” that Pope Francis condemn the heresies that, in their view, he has directly or indirectly upheld, and that he teach the truth of the Catholic faith in its integrity.

The number of signatories quickly grew to 250 scholars, some from prominent institutions around the world. Pope Francis has issued no response. (Ibid.)”

Whatever the accuracy or lack thereof, the sentiments of Pope Francis are consistently erratic. If this is the reputation of the hellfire method of Papal Infallibility, the Church needs to bring back Pope Benedict XVI and relegate Francis to a retreat. Since Hades does not exist for this heretic, his sinful soul will just disappear.

This Controversial Pope Francis Marks Five Years At Helm Of Catholic Church outlines some of the highlights.

“During a visit to Bolivia in 2015, he described unbridled capitalism as the “dung of the devil,” condemned the impoverishment of developing countries by the world economic order and apologized for the church’s treatment of native Americans. His departure from some Church precepts on family and social issues has roiled the mainly conservative Catholic hierarchy. In Sep 2016 four cardinals issued a formal correction of views the pope had expressed in his Amoris Laetitia. In Sep 2017, more than 60 Catholic scholars signed a document that alleged that Pope Francis had committed seven heresies regarding his teachings on divorce and remarriage and moral relativism. For conservatives, the pontiff’s announcement in 2015 that priests around the world would be allowed to forgive the “sin of abortion” during a “year of mercy” from Dec 8, 2015, ranked as virtually unforgivable. The pope did hew to Catholic dictates when he described birth control as a sin, but stepped back from it with the view that Catholics need not reproduce “like rabbits.” The liberation theology movement gained strength in Latin America during the 1970s, according to Encyclopedia Britannica. Because of their insistence that ministry should include involvement in the political struggle of the poor against wealthy elites, liberation theologians were often criticized inside and outside the Catholic Church as naive purveyors of Marxism and advocates of leftist social activism. By the 1990s the Vatican, under Pope John Paul II, had begun to curb the movement’s influence through the appointment of conservative prelates in Brazil and elsewhere in Latin America. Prior to the 2013 papal conclave, Pope Francis had served as both archbishop and cardinal in Argentina for more than 12 years. He was the first citizen from the Americas, the first non-European and first Jesuit priest to be named pope.”

As they say for the rest of the story, the souls of his leftist followers are already condemned. Remember what J.P. Sartre said “ Hell is — other people! “ 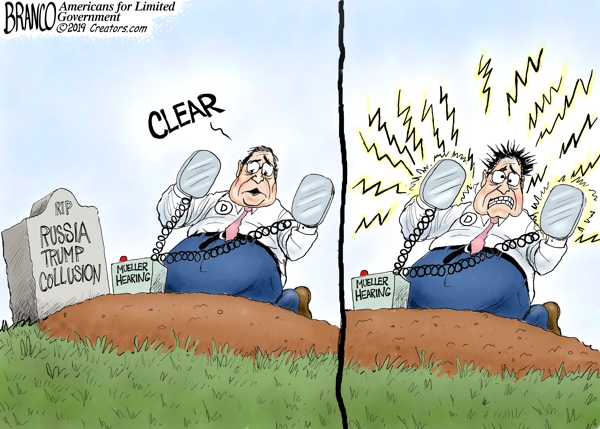 Cartoon of the Day: Shocker 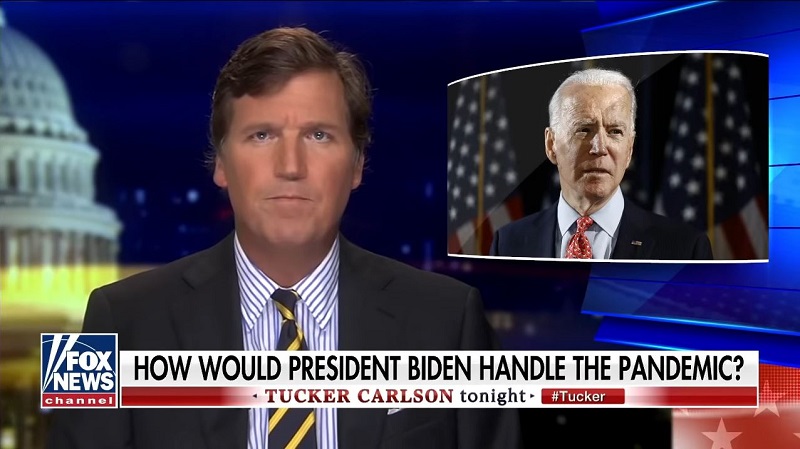 Video of the Day: Tucker Carlson Asks If Joe Biden Could Navigate A Salad Bar Or Find His Own Car

If They Come for Your Guns, Is it Your Responsibility to FIGHT?