NATO expansion is now a certainty, as Turkey dropped its objections to adding Finland and Sweden to the alliance. The alliance formally invited the two nations to join. NATO itself designated Russia as a “menace to the security” of the alliance on Wednesday. Russia said that the move was “destablizing.” Previous Russian threats of moving nukes to the border near Finland were muted when Putin declared that he had “no problem” with the two countries joining NATO as long as the alliance didn’t encroach on Russian territory.

Ironically, NATO- the North Atlantic Treaty Organization- was created in 1949 to combat the Soviet Union’s expansion. Now NATO expansion is once again an attempt to stop Russia from attacking the two neutral countries to the Northwest of Russia. Finland in 1948 signed a pact with Russia, agreeing never to join a hostile organization. Sweden hasn’t been involved in a war since Napoleonic times because it stated that it wanted to be free of military alliances. All of that went out the door when Russia invaded Ukraine.

Article 5 of the NATO treaty states: “Collective defence means that an attack against one Ally is considered as an attack against all Allies.” The pact is a cornerstone of the NATO alliance, and one that Russia knows is a huge issue. Finland shares an 830 mile border with Russia, which is why Putin threatened to put nukes along that border earlier this year.

Russia has an alliance of its own: CSTO– the Collective Security Treaty Organization. It consists of Russia, Armenia, Belarus, Kazakhstan, Kyrgyzstan and Tajikistan. Its Article 4 has a similar agreement to Article 5 of the NATO Pact.

Finland and Sweden both have spent $Billions on their militaries to keep themselves safe from military aggressors. The US Germany and UK spend the most for their share of the alliance’s military. The amount each country owes to the alliance is a cost-sharing algorithm based on the GDP of each country. With inflation rampant across the globe, those GDPs may drop radically.

Regardless, since the US and Canada belong to NATO, the responsibility to protect the new newest members will be a reality should Russia attack a member state. NATO recently expanded their readiness forces to 300,000 from the member countries, up from the standard 40,000 troops.

And then of course, there’s China and North Korea… 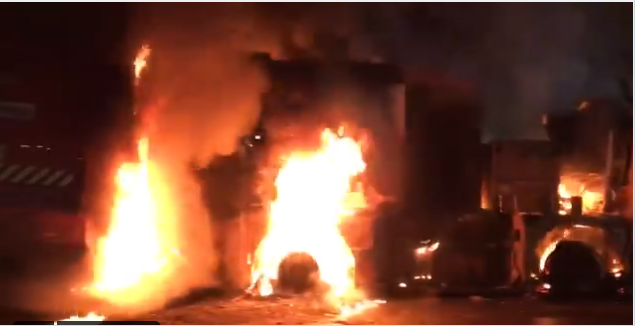