Maxine Waters issued a warning to her supporters that a right-wing group planned to protest her office, only to have her supporters show up instead chanting “black power” and burning the American flag.

A right-wing group known as the Oath Keepers had originally planned a demonstration in front of Waters’ office due to her incitement of violence against conservatives and as a show of support for immigration enforcement.

The group’s members typically dress in military gear and bring rifles with them to their protests.

Maxine issued a statement asking her supporters to avoid the group at all costs.

“I am requesting those individuals and groups planning a counter-protest to not be baited into confronting the Oath Keepers with any demonstrations in opposition -such an occurrence would only exacerbate tensions and increase the potential for conflict,” she said.

But in a plot twist, the Oath Keepers never showed up, instead saying they didn’t want to cause problems and seeking to “ensure peace” according to the Los Angeles Times.

Supporters of the congresswoman, meanwhile, ignored her advice and showed up regardless, holding an unprovoked counterprotest but causing shocking problems all on their own.

According to CBS News, Maxine’s fans surrounded a vehicle that was occupied by “two men who appeared to be white,” with the driver being forced to stop.

The protesters then opened the truck doors and stole a flag that was flying on a pole in the bed of the truck before the driver could hit the gas and flee the scene.

Photos emerged of the protesters stomping on the American flag then setting it on fire while chanting “black power” and “resist!”

“This is not the American flag, this is their flag,” they were also heard shouting.

Outside of @RepMaxineWaters, a group of people who had come to protest the @Oathkeepers are chanting “Fuck the government. America was never great.” pic.twitter.com/Ya3RWPjbhW

Another man showed up outside of Waters’ office because he “was curious what this protest was all about.”

He denied being an Oath Keeper and explained that he has a son in the military.

Video posted to social media shows the man being forcibly escorted to his vehicle.

This guy in the navy hat showed up.He initially wouldnt tell people why he was here + people started to get physical with him. As he was being escorted to his car he told me he has a son in the armed service and was curious what this protest was all about but not an @Oathkeepers pic.twitter.com/3BFQ1p2kLO

All of this violence – the flag burning, accosting a vehicle, forcing a man back to his car – is wholly endorsed by the California congresswoman.

She has repeatedly encouraged and incited people to harass conservatives in public and her low IQ followers are just responding in kind.

“If you see anybody from that Cabinet in a restaurant, in a department store, at a gasoline station, you get out and you create a crowd, and you push back on them, and you tell them they’re not welcome anymore, anywhere,” she told supporters.

That’s exactly what these far-left lunatics did outside her office. They created a crowd. They pushed back on the man who has a son in the military. And they told the truck driver he wasn’t welcome anymore, anywhere.

Maxine’s rhetoric led Florida Congressman Ron DeSantis to call her “the pied piper for the unhinged left with her rantings and ravings.”

“I don’t think she’s fit to serve” in Congress, he added.

She certainly has some explaining to do after encouraging a riot in front of her office Thursday evening. 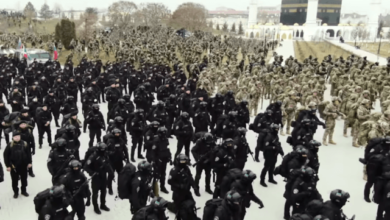 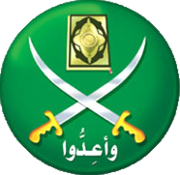