It’s spooky season here in the United States, and it appears as though even the sun wants to give us a little scare this weekend.

With Halloween right around the corner, there will be plenty of downright disturbing movies on television.  There’ll be plenty of haunted houses to walk through as well, and trick or treaters doing their best to bring a little fright to the night as well…and maybe even under the northern lights?

A massive solar flare from the sun could lead to a dazzling (and maybe spooky) northern lights display for parts of the northern United States this Halloween, according to a NASA scientist.

The sun storm, a powerful X1-class solar flare, erupted from the sun on Thursday (Oct. 28) and sent a vast cloud of charged particles toward Earth that should arrive over Halloween weekend, and possibly even the haunted day itself. Those particles will slam into the Earth’s atmosphere to amplify the regular northern lights caused by the sun’s solar wind.

The solar flare, the second most powerful eruption from the sun this year, sparked a strong geomagnetic storm that should supercharge the northern lights, and could make them visible from as far south as New York, Idaho, Illinois, Oregon, Maryland and Nevada, said C. Alex Young, NASA’s associate director for science at the Heliophysics Division of the agency’s Goddard Space Flight Center in Maryland.

And while the light show may be thrilling, there were some concerns as well.

On Thursday, the U.S. National Oceanic and Atmospheric Administration’s (NOAA) Space Weather Prediction Center declared that an X-1 class solar flare had occurred. X-class flares are the strongest type, but they can get much stronger than X-1.

In any case, the flare was enough to cause an R3 “strong” radio blackout, according to the NOAA.

Explaining whether the flares shooting out of the side of the sun in the SDO video could be linked to the ongoing activity we’re experiencing, NASA solar video producer Scott Wiessinger told Newsweek that the same active region of the sun could produce more flares as it slowly turns toward Earth.

“As it rotates around toward us, we’ll probably see an increase in flux and strengthening flares because we’re looking more and more directly at it,” Weissinger said. “In the footage from the 25th-26th, it’s pointed off to the side, so it’s like looking at a torch or flashlight angled away from you. In a few more days we’ll be looking ‘right down the beam.’”

Authorities were also concerned about potentially harmful effects on the US power grid as well, which could make for an incredibly spooky night. 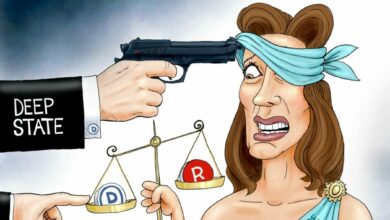 Cartoon of the Day: Blinders Are Off 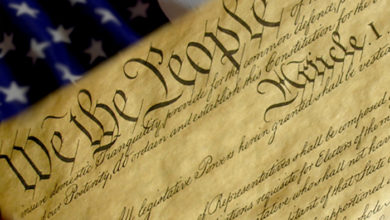 PA Man Who Drove Though A Crowd And Murdered Mom With A Hammer Was No ‘White Rager’
August 15th, 2022 Clash Daily

PA Man Who Drove Though A Crowd And Murdered Mom With A Hammer Was No ‘White Rager’
August 15th, 2022 Clash Daily

The Government that Some Trust In: We Need to Murder More Babies
August 15th, 2022 Sons of Liberty Media
Our Privacy Policy has been updated to support the latest regulations.Click to learn more.×
Close
Close
Log In