In a satirical post at the Daily Caller, Blake Neff painstakingly researched and documented 13 times Russian hacker’s actions hurt Hillary’s campaign for president.  (After all, we know it’s not her fault)  He wrote the column to dispel arguments by conservatives that the reason Hillary lost is that she is the worst candidate of all time.  Here are just a few of those incidents as presented by Neff.  Enjoy.

1996: Russian Spetsnaz special forces pepper Clinton with sniper rifle fire as she lands in Sarajevo after the Bosnian War. Shortly after, Russian hackers destroy all video footage of this event, replacing it with fake news accounts that Clinton’s visit was peaceful. Clinton’s unbelievable bravery in Bosnia is subsequently disbelieved.

Jan. 28, 2009: Russia-financed black hat hackers in Donetsk, Ukraine, hack Clinton’s personal Blackberry and modify the emails she sends. An email demanding that Clinton follow all Department of State email rules is quietly deleted, and replaced with a spoof email demanding the creation of a private email server stored at her personal home in New York.

May 2013: A Russian hack of Clinton’s teleprompter modifies her speech to Banco Itau, altering her speech to say that her dream is “open borders” with the entire Western Hemisphere, instead of her original dream of “safe, well-regulated borders.”

February 2015: Chinese hackers in the employ of Moscow penetrate the Clinton Foundation and alter its payroll to pay men far more than women, causing the Clinton campaign embarrassment when this big imbalance is brought up, undermining their efforts to run a campaign on closing the pay gap.

May, 2015: Rudolph Epstein, a minor Clinton staffer co-opted by a Russian hacker’s girlfriend, convinces Clinton campaign manager Robby Mook to outsource the campaign’s decision-making to a computer program named Ada. The program, though, is simply the work of hackers from Novosibirsk, who use it as a vehicle to sabotage Clinton’s campaign while promoting various fake news storylines. The program steadily supplies Clinton with terrible ideas, such as printing off literal “woman cards” and joking about wiping her email server “with a cloth.” 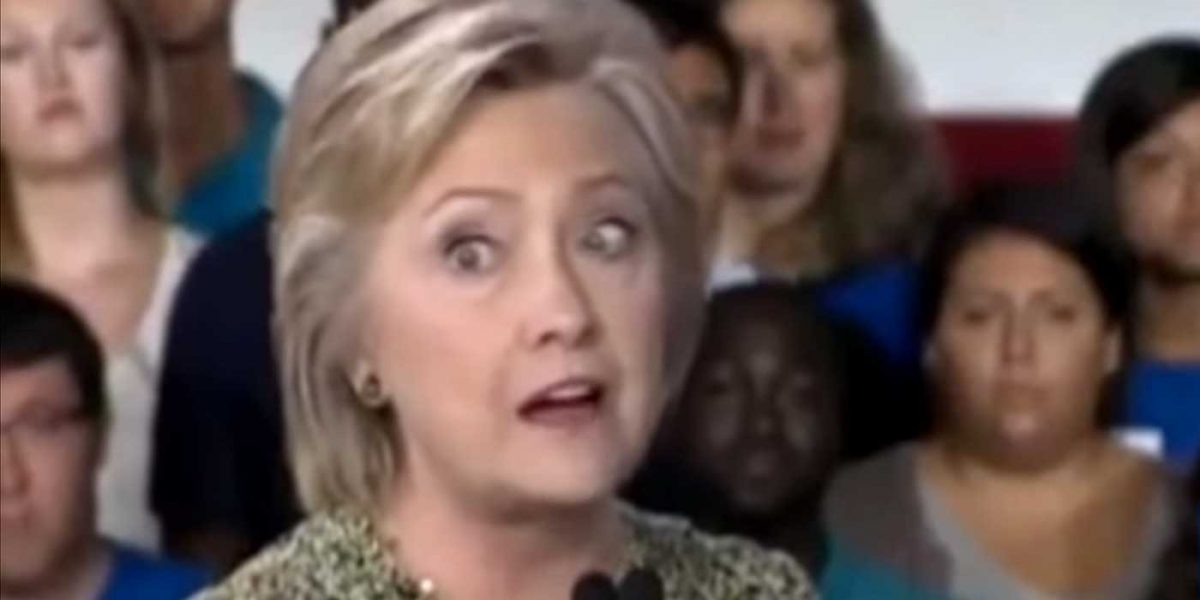 What’s up with those Clinton googlie eyes?