There is a push among liberals to urge electors to reject Donald Trump and vote for someone – anyone according to one plea by Hollywood liberals – else for president. Republicans shouldn’t get upset by these attempts to deny Trump the presidency for one simple reason: They are doomed to fail.

According to the popular vote outcome, Donald Trump is expected to win 306 votes in the Electoral College. A candidate needs 270 electoral votes to become president. This means that 37 Republican electors would have to abandon Trump. So far only one, Chris Suprun of Texas, has announced his intention to vote against Mr. Trump.

While the Hollywood appeal is true in its claim that the Constitution doesn’t require electors to vote for any particular candidate, many states do. And what the video doesn’t tell you is what happens next if Trump does not win the Electoral College vote on Dec. 19.

According to the Twelfth Amendment, the election would then go to the House of Representatives where the Dump Trump movement would face two insurmountable obstacles. The first is that the Constitution says that the House must choose from the top three electoral vote getters. At that point, the choice will only be between Donald Trump, Hillary Clinton and the third place finisher, if there is one. At this point, there is no consensus candidate for the faithless electors, who call themselves “Hamilton electors,” to rally around, let alone one that could unite Democrats with anti-Trump Republicans. John Kasich, one popular possibility, asked electors not to vote for him last week.

The second is that the House is controlled by Republicans who will almost certainly vote for Donald Trump. The vast majority of Republicans seem to have unified around Trump, at least for the moment.

The odds are long against the election ever making it to the House of Representatives in the first place. Most of the electors who seem to be willing to break faith with their parties and the voters of their states are Democrats. Politico reported in November that “at least a half-dozen Democratic electors” had joined the effort to stop Trump in the Electoral College, but so far Chris Suprun is the only Republican elector to publicly announce his intention to vote against the result of his state’s popular vote.

With the outcome of the Electoral College vote all but certain, the rogue electors can feel free to vote their conscience or resign their position to protest their opposition to their party nominees. It won’t make a difference. The Democrat electors, mostly Bernie Sanders supporters, have nothing more to lose than their party standing (plus state penalties) since their candidate is not going to win anyway.

For Republicans, the choice is more difficult since Trump will become president, with or without their votes. They risk their standing in the party if they take an unpopular stand against a president who has increased his own popularity since his upset victory over Hillary Clinton. The Democratic Party might forgive Bernie supporters. It is less likely that a GOP dominated by Donald Trump will forgive and forget. 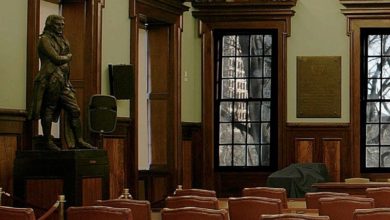