President Obama is sorry. Boy, is he sorry! He is about the sorriest excuse for a president the nation has ever seen. But because he is still Barack Obama, he can do no wrong in the eyes of diehard supporters like Chris Cillizza of the Washington Post. When Obama steps deep into a steaming pile of dung — whether it is the Benghazi scandal or the IRS scandal or the most recent and perhaps devastating scandal of his presidency — the Big Lie — people like Cillizza will report that his shoes came out shining clean.

In an article yesterday, Cillizza admitted that Obama is in trouble. He noted that the president had (and you can almost hear Cillizza swallowing hard as he typed) “apologized” for misleading the 5% of Americans who will lose or have lost their health insurance coverage thanks to Obamacare.

But just as quickly, Cillizza turns around and writes that “5 percent of the country … isn’t all that big a deal unless you are part of that 5 percent.” And Obama, he quotes, acknowledged as much in his quasi mea culpa during an interview with NBC’s Chuck Todd:

Even though [the health care law] only affects a small amount of the population, you know, it means a lot to them, obviously, when they get — this letter canceled.

The majority of folks will end up being better off, of course, [but] because the Web site’s not working right … they don’t necessarily know it. But even though it’s a small percentage of folks who may be disadvantaged, you know, it means a lot to them.

I mean, we’re talking about 5 percent of the population. But — but that’s — a significant number of people. Even though a whole lot of them are gonna be better off.

The expression, 5%, has come to eclipse two other percentages liberals have clung to in the past as mantras: The 1% (referring to the idle and evil reach who hoard money that could clothe and feed the less fortunate) and 47% (the number that sunk Mitt Romney’s chances to wrest control of the White House away from wunderkind Obama).

Some commentators have noted that 5% is still a sizable chunk of the U.S. population. James Taranto, observing that the Census Bureau places that figure at just over 317 million and that 5% of that number is around 16 million, invites readers to imagine that Ponzi schemer Bernie Madoff had swindled 16 million people. (Taranto shifts into a more cynical vain, writing, “No, that doesn’t quite do it justice. Imagine if Bernie Madoff had swindled 16 million people, many of whom never agreed, or had any desire, to do business with him in the first place.”)

But back to the 5%. What percentage of the population would it take for Chris Cillizza and Obama himself to admit that his “misinformation” about the grandfathering of extant polices has led to a major crisis. Would 16% do the job? By the most optimistic reading, 13% of the population — 40 million — was uninsured when Obama came into office, resolving to provide health care for each and every one of them.

I ask about 16% because a report by McClatchy indicates that as many as 52 million Americans — 16% —stand to lose their insurance thanks to the Affordable Care Act.

The words are bitter medicine for Obama and his acolytes. Sadly for them — and us — they have no remedy. 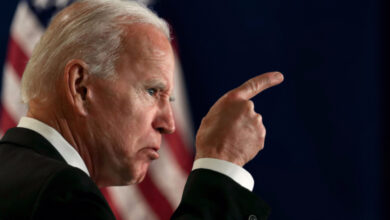 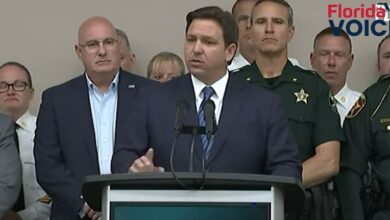