In response to a lawsuit against the Biden Administration over collusion between Social Media giants like Facebook, a Louisiana judge ordered that all emails between KJP, Fauci and other officials to Big Tech be turned over to the court within 21 days. The lawsuit contends that the administration colluded with Big Tech to silence opposition during the Pandemic and other situations over so-called “misinformation,” thereby attacking the First Amendment.

The lawsuit was filed by AG Eric Schmitt (Missouri) and AG Jeff Landry (Louisiana). The first part of the Discovery on August 31 showed that at least 50 government officials from various agencies were  involved in pressuring Big Tech to censor the opposition. Doctors who were against the vaccines, ordinary people, all of these things played into the censorship. Knowing that the efficacy of the Covid vaccines is now in serious doubt, the lawsuit was filed. And some of the Biden administration began stonewalling the attorneys general over the lawsuit.

But some of the officials refused to provide any answers, or answer all questions posed by the plaintiffs. Among them: Fauci, who serves as director of the National Institute of Allergy and Infectious Diseases (NIAID) and chief medical adviser to President Joe Biden.

The government claimed that Fauci should not be required to answer all questions or provide records in his capacity as NIAID director or in his capacity as Biden’s chief medical adviser. It also attempted to withhold records and responses from Jean-Pierre.  The Epoch Times

The government’s pressure on social media giants is part of a bigger agenda. They claim they were just making sure people got the best “science-based” information. But they censored hundreds of doctors and nurses with real expertise, and that’s not counting the First Amendment violations against ordinary citizens.They’ve been doing it for many years, not just with Covid. You might not be able to find the science, but following the money is where the science will be these days.

Big Pharma made billions off of the Covid pandemic. The censorship (as all of us can testify) has been off the charts for years – Big Tech will stop at nothing to cut off people from being able to speak their minds. Pressure from the Biden government has only exacerbated the problem. And truth has been buried solidly in such censorship.

“As a result of these actions, there has been an unprecedented rise of censorship and suppression of free speech – including core political speech – on social media platforms,” the lawsuit says. “Not just fringe views, but perfectly legitimate, responsible viewpoints and speakers have been unlawfully and unconstitutionally threatened in the modern public square.”  Lawsuit via Fox

Twitter, Facebook (Meta), Instagram, and others did whatever the government told them to do. We’ve already heard that Zuckerberg did what the FBI asked him to do regarding Hunter Biden’s laptop – a giant-sized election manipulation. It’s that kind of collusion that prompted the lawsuit.

Will Big Tech just claim Section 230 and be done with it? The Louisiana Judge ordered the communications, but how this will eventually play out is anyone’s guess, especially since the government will try to find a sympathetic judge for an appeal. 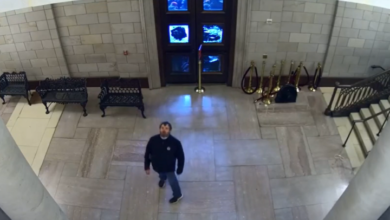 Someone Opened the Doors from the Inside on Jan 6, 2021: Defense Attorney