An army of America-hating leftists are now targeting the Star-Spangled Banner after 49ers quarterback Colin Kaepernick’s protest of the national anthem, and are going so far as to rewrite history in an effort to slam it as racist.

On Monday, the Daily Caller reported:

While ticked off NFL fans began churning out memes labeling Kaepernick as unpatriotic and burning Kaepernick’s 49ers jerseys, progressives raced to explain why the song is racist. “Colin Kaepernick Is Righter Than You Know: The National Anthem Is a Celebration of Slavery” gushed a headline from the Intercept.

“Almost no one seems to be aware that even if the U.S. were a perfect country today, it would be bizarre to expect African-American players to stand for ‘The Star-Spangled Banner,’” Jon Schwarz writes in the Intercept piece. “Why? Because it literally celebrates the murder of African-Americans.”

But does it, really?

At issue is the third verse of the song — which, by the way, isn’t sung — reads:

No refuge could save the hireling and slave
From the terror of flight or the gloom of the grave,
And the star-spangled banner in triumph doth wave
O’er the land of the free and the home of the brave.

“In these lines of the third verse he’s celebrating the death of slaves and mercenaries who opted to fight for the British in exchange for their freedom following the war,” the Daily Caller said.

Black Lives Matter’s Shaun King had this to say:  “Most of us have no true idea what in the hell we’ve been hearing or singing all these years, but as it turns out, Key’s full poem actually has a third stanza which few of us have ever heard. In it, he openly celebrates the murder of slaves. Yes, really.”

No, King, he doesn’t.  King and the rest of the America-hating left can be excused for their ignorance simply because history is no longer taught in our schools.

About that third verse:

You may wanna hire a historian to fact check your shit. "Hireling & slave" referred to impressed Brit soldiers https://t.co/BN4UrnZajg

Even the left-wing Snopes (a site I’ve had issues with before), noted:

There are historians (notably Robin Blackburn, author of The Overthrow of Colonial Slavery, 1776-1848, and Alan Taylor, author of “American Blacks in the War of 1812”), who have indeed read the stanza as glorying in the Americans’ defeat of the Corps of Colonial Marines, one of two units of black slaves recruited between 1808 and 1816 to fight for the British on the promise of gaining their freedom. Like so many of his compatriots, Francis Scott Key, the wealthy American lawyer who wrote “The Star Spangled Banner” in the wake of the Battle of Fort McHenry on 14 September 1814, was a slaveholder who believed blacks to be “a distinct and inferior race of people, which all experience proves to be the greatest evil that afflicts a community.” It goes without saying that Key did not have the enslaved black population of America in mind when he penned the words “land of the free.” It would be logical to assume, as well, that he might have harbored a special resentment toward African Americans who fought against the United States on behalf of the King.

In fairness, it has also been argued that Key may have intended the phrase as a reference to the British Navy’s practice of impressment (kidnapping sailors and forcing them to fight in defense of the crown), or as a semi-metaphorical slap at the British invading force as a whole (which included a large number of mercenaries), though the latter line of thinking suggests an even stronger alternative theory — namely, that the word “hirelings” refers literally to mercenaries and “slaves” refers literally to slaves. It doesn’t appear that Francis Scott Key ever specified what he did mean by the phrase, nor does its context point to a single, definitive interpretation.

About Key, the author of the poem that is now our national anthem, the Washington Times said (Emphasis added):

A man of many contradictions, Key was a slave owner who despised slave trafficking. He founded and was active in the American Colonization Society, a controversial group that declared the answer to ending slavery was sending free blacks back to Africa. Although owning and trading slaves, Key freed several and represented, free of charge, both free blacks and slaves in court.

He held a pointed disdain toward politics for its backstabbing and manipulative nature but was a fervent supporter of President Andrew Jackson, a fierce partisan and the nation’s first true populist president. He quickly became a Jacksonian Democrat and spoke on his behalf at political rallies. He went on to become part of Jackson’s “Kitchen Cabinet,” an unofficial group of advisers that often met in Key’s Georgetown home.

Interesting.  Yes, Key despised slave trafficking and (ahem) he was a Democrat.

But we’ll never hear that from those on the left who hate America and everything about it.

At the end of the day, the lyrics of the national anthem are a smoke screen; the complaint is with the USA, period. https://t.co/8M692yxE7b 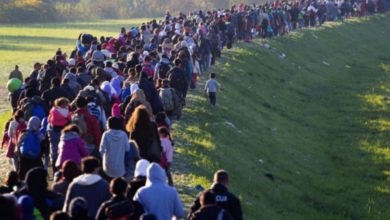