The first of May is “Commie Day” for the left. The systematic destruction of the American culture has been caused by the Marxists who want to call themselves Progressives. The Democrat Party sees a Bernie Sanders as a standard bearer of Lenin’s ideology and a Hillary Clinton as an offspring of Stalin. There is no semblance of a loyal opposition or pretense that bipartisan compromise can be attained in a civilized manner. No; the Left has declared war on the traditional principles upon which American was established. Citizens of good will need to face the enemy within and admit that the Federal government has a Fifth column that wants to overturn the few remnants of the Republic and impose a full blown dictatorship of the ideological pure collectivists.

Even The New Republic acknowledges A History of Radicals In the Democratic Party. The New Deal openly embraced the communist dogma and pushed their alliance with the Soviet Socialists. James N. Gregory notes.

“In the years that followed, radicals of many kinds became energetic New Dealers working from within to push the Democratic Party to the left. The Socialist Party withered. The radical labor activists who created the United Auto Workers and other new Congress of Industrial Organizations unions tied them closely to the party of Franklin D. Roosevelt. Even the Communist Party embraced the new strategy after 1936, still fielding some of its own candidates while working quietly to support progressive Democrats in what it called the “Democratic Front.”

Captain Joseph R. John presents a current assessment in Historian Ties Democrats To Marxist Plan To Collapse U.S. From Inside and cites Charles Sasser as a source.

The Democratic Party policies have shifted its support to Socialist, Marxist, Radical Black Nationalist Groups, The Muslim Brotherhood, and CAIR.  Perez and Ellison have been supporting anarchist rallies, demonstration, and violent street riots that have been taking place nationally, since President Trump was inaugurated.

The new extreme radically left, Socialist/Marxist Democratic Party “no longer supports” the US Constitution, “Freedom of Speech” at rallies or in classrooms, they object to voter registration only for American citizens, oppose requiring picture IDs in order for citizens to vote, and opposes closure of the wide open southern border to prevent terrorists, drug dealers, and Illegal Aliens from entering the US. The corrupt left of center liberal media establishment has done an excellent job of concealing just how radically left the Democratic Party has become over the last 8 years.”

The popular culture erases any factual understanding of history, especially when the despotic crimes of the apparatchik are ignored or glorified. Progressives are maladjusted and void of common sense. They refuse to apply intrinsic moral standards and easily operate as demented Machiavellian thugs.

“Meanwhile, in our broader culture, Marxist sentiment is especially strong in the minds of our young citizens, as evidenced by the millennial groundswell behind Bernie Sanders’ 2016 efforts – which boasted an arguably stronger chance of putting a socialist in the Oval Office than even the efforts of Huey Long. Gangs of Marx-inspired blackshirts in the “Antifa” (self-proclaimed anti-fascists) movement now trample across our college campuses, shutting down dissent by terror and intimidation that mimic the troubles of Europe between the World Wars.

Has a century of practical failure taught us nothing? How can this day be marked by anything other than sympathy for the victims of the ideology that created it? This is a day for nothing but mourning.”

As the younger generations are indoctrinated to become dysfunctional idiots, the inverse in stamping out free speech and accepting violence as a replacement for discourse grows. While the GOP has capitulated to this progressive defective mentality, the trend of Republican retirements may just be the beginning of the next level of political civil war. Alabama Rep. Mo Brooks Brooks Suggests Republicans Are Retiring Because of Assassination Fears warns.

“Brooks also pointed to the fact that in the past month, a man pled guilty to threatening Arizona Rep. Martha McSally and three different people have been arrested for threatening Reps. Scott Taylor and Tom Garrett of Virginia and Frank LoBiondo of New Jersey.

“Notice a trend here?” he said. “I have a congressman who is a friend here who has a three-year old daughter whose daughter was threatened with murder.”

He also said the “socialist Bernie Sanders wing of society” was pushing for a revolution that would lead to Maoist level of violence.

“There are a growing number of leftists who believe the way to resolve this is not at the ballot box but through threats and sometimes through violence and assassinations,” he said.”

Looking for an electoral solution is doubtful. When a Bill would lower DC voting age to 16 or California DMV allows illegal’s to vote, it is insane to believe that the expanding of the ballot box to entitlement proponents could lead to anything other than the complete destruction of our once proud country.

The Commies define the mass media narrative, the Socialists dominate the teachers unions, the Deep State administers the left-wing political agenda and the masses are controlled by the elites who want to impose their globalism model. May Day 2018 lauds the Trump Resistance Movement because these psycho-neurotic autocrats hate Western Civilization. They do not want to see America Great Again. Happy May 1 for all the comrades who are waging war against the real citizens who built this country. 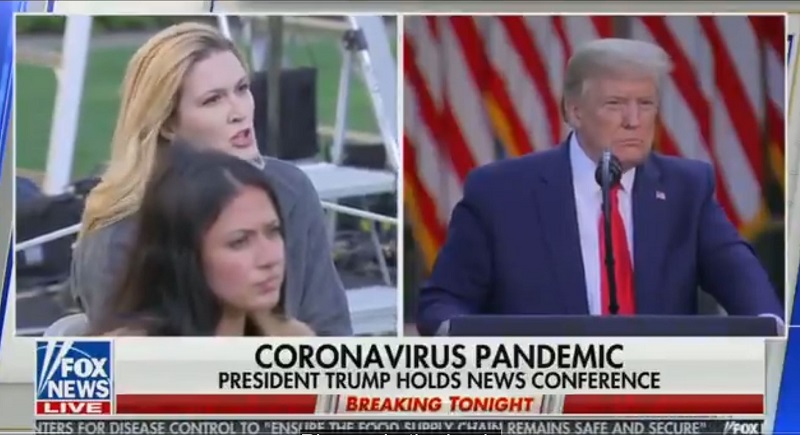 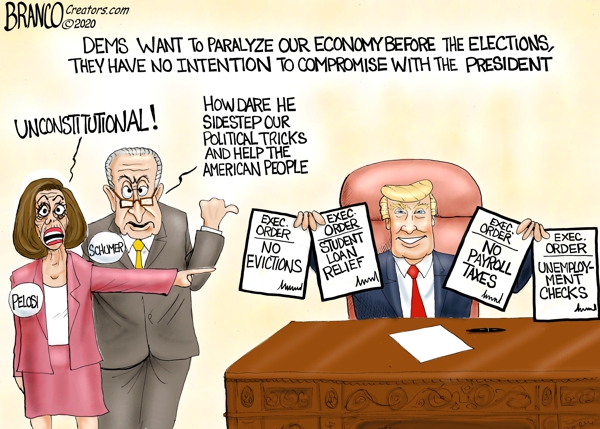 Cartoon of the Day: COVID Relief