Political prognosticators nearly uniformly are expecting a GOP majority in Congress, at least the House but also possibly the Senate, following this November’s elections.

If that happens, Anthony Fauci, the exceedingly self-confident – he once declared “I am science” – adviser to Joe Biden on COVID conditions will be under the microscope.

So promise Sen. Roger Marshall, R-Kan., and Rep. Jim Jordan, R-Ohio, who have released a video assuring Americans they will investigate why scientists first considered a Chinese virus lab in Wuhan to be the likely source of COVID, and then abruptly changed their position.

And what influence Fauci had on that change.

The Washington Examiner reports that GOP investigators have found a multitude of emails revealing that scientists consulted early “believed … that COVID-19” originated in the Wuhan and was possibly or even likely a leak.

But apparently, the report explains, “Fauci worked behind the scenes to shut the hypothesis down. In particular, notes from a Feb. 1, 2020, conference call show at least 11 scientists theorized about the virus’s origin, with many leaning toward the lab leak theory, but most of them soon came out in favor of the natural origin, and some signed letters calling a lab leak a conspiracy theory.”

The members of Congress deride the Fauci work as “the Fauci COVID Cover Up” and say that given a GOP majority that is expected to result from the November balloting they would seek sworn testimony from the 11 virologists who took party in a telephone meeting with Fauci, who heads the National Institute of Allergy and Infectious Diseases.

Both he and former National Institutes of Health chief Francis Collins also would be asked to provide information, under oath.

“One of the things we’ve done is we’re putting those 11 virologists on notice,” Jordan said. “Those are the first people you want to talk to. You want to talk to the 11 guys on that call, and you want to find out what exactly did happen. We’ve seen the emails and correspondence after the call, subsequent to the call, but what all happened?”

Then, he said, “We want to find out what exactly Dr. Fauci and Dr. Collins may have had to say on that particular phone call. So that’s how you start investigations. You don’t bring in Fauci for a deposition right away. You start by looking at these folks who were on the call, get all the documents you can in unredacted form — so that’s something that needs to happen.”

The members of Congress explained they are convinced Fauci, Collins and others “knew right from the get-go that this thing most likely came from the lab, and I think they took real concerted steps to make sure the country didn’t get that information.”

The report explains among those who had doubts were Jeremy Farrar, of the Wellcome Trust, who told Fauci in a summary of the meeting that “some” of the scientists thought a lab leak hypothesis was viable.

Meanwhile, the report said, Collins wondered whether his government organization could somehow “put down” what he called a “destructive conspiracy” of lab leak suggestions.

Ultimately, seven of those scientists expressed the opinion that COVID-19 may have come from a Wuhan lab leak.

Fauci, in fact, publicly condemned “theories” that COVID-19 “does not have a natural origin.”

One key opponent of the lab leak explanation has been the Chinese government, which called it a “totally … concocted lie.” 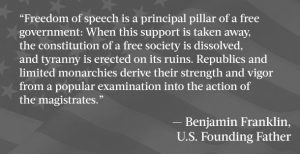