Mathew A. and his wife weren’t originally on the Trump train as it were. They started the election year supporting a different candidate and as they watched that candidate fall away, started to look into Donald Trump more. Both nearly left the Trump train for good when the now-infamous tape came out with his less than favorable comments, but found themselves back on-board as the election year progressed. Both Mathew and his wife are highly educated with professional careers. They are married and have two children they say are only involved in politics as much as is appropriate for their age. They cast their votes for Trump in the hopes that their children would have opportunities for success in the future.

Both expressed disgust with the obvious media bias present during the whole election year. They agreed that at some point it became a “dog pile” with the way the media addressed Trump and it only spurred them to want to support him more. It became so obvious that the media was in Hillary’s camp that you just couldn’t take anything they said seriously anymore, especially at the end of the election trail. They believed the onslaught of politicians and news media ganging up on the GOP nominee was out of fear. He is anti-establishment, and that scares those who have enjoyed the power that comes with that very same establishment.

Immigration reform and economic policy were the most important areas that determined the couple’s vote this election, especially in the wife’s area of employment, where she sees the impact of illegal immigration. Being a teacher in the public school system, she says that oftentimes students will be placed in her class that are illegal immigrants recently brought to the country by their parents. The issues that are a consequence of not being assimilated over time include the children not speaking English as a first language or being anywhere near the grade level they are placed in, but the teachers are expected to have their whole class room meet standardized testing throughout the year, which is not possible with an influx of students that do not speak English and are not up to grade level for their age. This has a serious impact on the education that other students in the class receive and on the job environment for the teachers themselves. However, she expressed concern about speaking out and bringing attention to the problem because she would be considered racist or not politically correct and potentially lose her job. It’s not about the origin of where these kids come from, or what their race is — it’s about being a teacher in an increasingly burdened education system and knowing that none of the kids are getting the education they deserve due to this additional burden.

The two discuss how they handle politics when it comes to their children and what is age appropriate for their family. They thought Hillary’s ads about children watching political debates and being afraid were tasteless. Parents should involve their children in politics as much as is appropriate for their age and then it is the parent’s responsibility to make sure that their child, or children, have accurate and fair information, not fear-mongering nonsense. Allowing children to be terrified with misinformation to reinforce a parent’s candidate choice is an irresponsible and disgusting tactic that too many parents engaged in during this election year.

Both husband and wife expressed concern with how Washington is currently ran, specifically stating, “These people we elect go in as millionaires and come out as billionaires when they are supposed to be public servants.” Something is very wrong there. They both stood up and voted for Trump in an effort to see common sense restored, corruption ended, illegal immigration stopped, and jobs restored to this country. They, and all those like them, want to see the end to the political correctness movement and the lack of common sense and logic that seems to accompany it. They want order restored to the Republic.

And if you’re as concerned about Facebook censorship as we are, please go here and order this book: 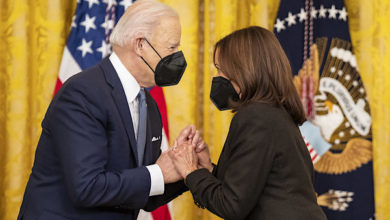