From adopting ethnic babies and sharing self-inflicted Me Too sob stories, to one-uping each other with “I Hate Donald Trump More Than You Do” stunts, Hollywood stars have an unhealthy and disturbing need to engage in unsettling behaviors in an effort to grab headlines to sate their never-ending hunger for attention. And, like COVID 19, it spreads to the emotionally fragile fans who want desperately to be part of the trend-setter crowd. Now, apparently, bailing thugs out of jail is Hollywood’s latest fashion trend.

In 1999 adopting Russian babies was all the rage. In 2008  it was all about the Asian baby craze. In 2009, Luchina Fisher of ABC News confirmed that “black babies were Hollywood’s Hottest Accessory.” Madonna and Angelina Jolie adopted one. So Charlize Theron and Jillian Michaels adopted black kids, too.

But, with so many white celebs walking around with their fashionable black babies, Theron had to step it up to prove she was more woke than the other Hollywood Adopt an Ethnic Baby fashionistas by parading her adopted black son Jackson through the streets of Beverly Hills in braided pigtails and dresses because – wouldn’t you know it — he decided (at the uber-woke-age of three) that he’s a girl!

I feel sorry for these kids. They’re props, accessories, something they use for photo-ops when they aren’t somewhere else pretending to be someone else and reciting lines written by someone else.

When I see a celebrity exploiting their kids for publicity it reminds me of something Gomez said to Fester in Addams Family Values: “I hope that someday you’ll know the indescribable joy of having children, and of paying someone else to raise them.”

Then came the Me Too thing, where Hollywood’s hottest stars prostituted themselves to Harvey Weinstein to further their careers — like the Nasty Woman Ashley Judd, who negotiated for an Oscar before letting him have his way with her – and then blamed him for her sins. She chose to do it. They all did. Then they wanted people to feel sorry for them and tell them they were a victim. It was an insult to all of the real victims. But it was all the rage.

Then it was the I Hate Donald Trump More Than You Do craze.  It was like watching a wretched 12-step poker game where Hollywood’s most emotionally fragile attention addicts tried desperately to win the Shock You Jackpot.

Madonna “thought an awful lot about blowing up the White House,” which was matched by Robert Dinero’s bid to “punch him in the face,” which was raised by Kathy Griffin who hired a photographer to take pictures of her holding a fake bloody, decapitated Trump head. It ended what little was left of her “D-List” career. So, I guess she won.

But just as fast as “dad” sneakers and letter necklaces of 2019 gave way to heeled thongs and ankle chains in 2020, Hollywood’s social issue fashions are hard to keep up with.

With the ethnic baby thing, the Me Too thing and the I Hate Donald Trump More Than You Do  thing, becoming so passé, Hollywood’s virtue signal snobs have created a whole new trend to set themselves apart from the uncultured classes and more importantly, to impress the hell out of each other.

Yep, the compassionate and caring Hollywood celebs are now casting alms upon the alter of “I’m Better-Than-You” by bailing out  the precious, underprivileged minority thugs who are trolling the streets of our nation tearing down statues, looting every business they can find and burning whatever they don’t think is worth stealing! It’s so for real. Bailing thugs out of jail is Hollywood’s latest fashion trend.

Trending: Biden Shows Off His ‘Math’ And ‘Logic’ Skills During Virtual Roundtable (Video)

So now, Hollywood’s wokest elites — like Seth Rogan, Steve Carell, and Ben Schwartz — are tripping over each other to donate more money than the last guy to something called the Minnesota Freedom Fund, a non-profit organizing cash bail payments for Minneapolis protestors arrested amid the carnage of the riots.

Of course, the uber self-obsessed Chrissy Teigen, took to social media in a series of f-bomb laced tweets to make sure everyone knew she donated more than they did because she’s… well… more woke than they are.

Even 13 members of Democratic presidential candidate Joe Biden’s  Campaign staff advertised their donations to MFF, which opposes the practice of cash bail by… arranging cash bail.

“We stand against cash bail,” their website boasts with the richest of hypocritical irony, “as unjust and identify wealth-based discrimination as a vehicle for the criminal justice system to target populations for structural violence.”

Yep. A non-profit, “against cash bail,” that’s organizing cash bail to free a bunch of people who get arrested for burning and looting and assaulting business owners – even black business owners — who try to stop them.

You just can’t make this stuff up.

On June 2, 200 at 5:58PM, I received an unsolicited email from GoFundMe CEO Tim Cadogan imploring that I – as part of the “GoFundMe community,” contribute to his “Justice & Equality Fund “to support organizations and people that are dedicated to addressing both urgent needs and systemic problems.”

“We have committed $500,000 to start the Fund,” Codogan’s email stated, “which will initially focus on bail, racial justice, and law enforcement reform.”

Oh, it’s official. Bailing Thugs Out of Jail is Hollywood’s latest Fashion trend. In fact, a fashion website called Highsnobiety (yes, the name is entirely too precious), has even added Black Lives Matter to the header of their home page, right up there with “Style,” Sneakers,” and “Summer Sales.” 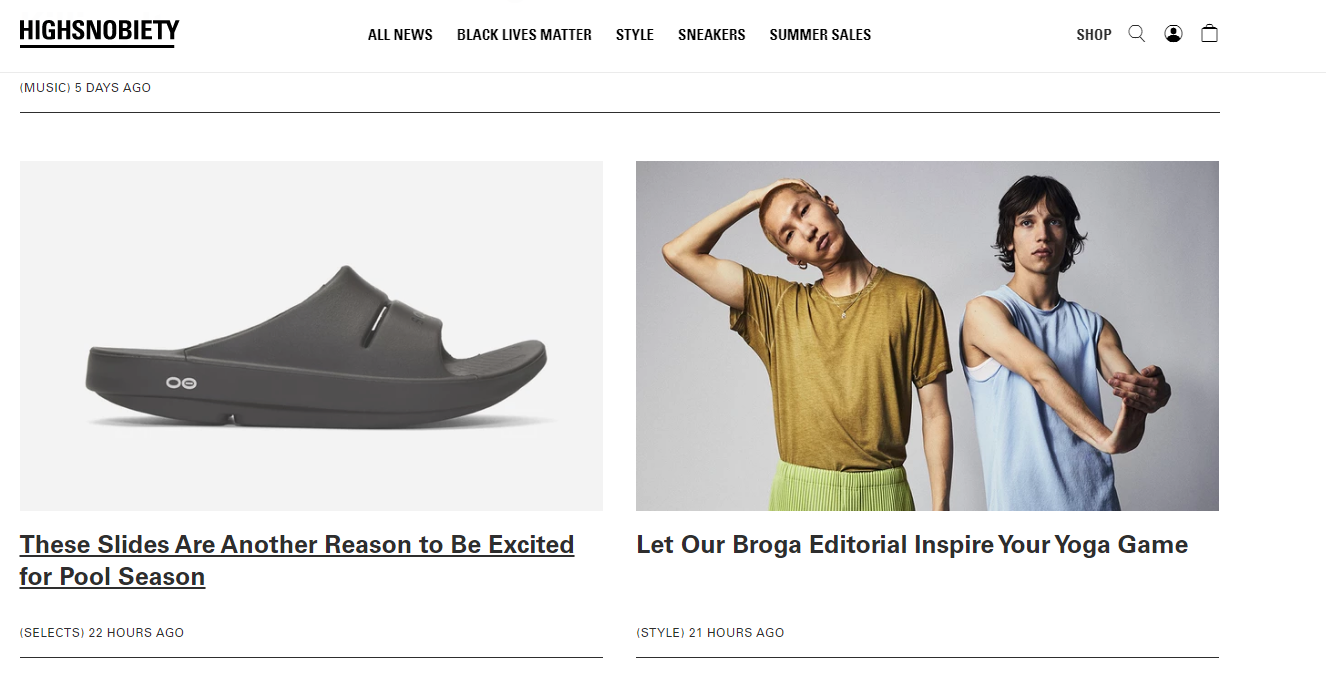 “Highsnobiety,” so says the website, “is a brand dedicated to today’s generation of style-conscious individuals. Our scope encompasses everything from fashion, to sneakers, to design, music, and entertainment. In a world where being culture-obsessed has become the rule (not the exception), our mission is to turn curious outsiders into cultivated insiders.”

Ooooo… Count me in.

To make it easier for all you “curious outsiders” to become “cultivated insiders,” they even provide “a list of organizations that are bailing out protesters, listed alphabetically by city.”

Of course, to us outsider-little-people, all of this makes about as much sense as the new stupid YouTube video, wherein a bunch of rich, self-obsessed attention-starved Hollywood snobs set up a camera somewhere in their Hollywood mansion – likesly surrounded by walls and armed security — to sing an un-bathed, make-up free rendition of John Lennon’s “Imagine” while wearing the same sort of old grubby clothes we pleebs might be wearing while watching this nightmare in quarantine.

Oh please. Who the hell do they think they are fooling with this crap?

Yes, it makes them feel like they’re better than you to pretend they’re just like you, and it makes them believe you’ll love them more if you think they care about you and your boring life struggles. They think it makes them look open-minded, benevolent… and their new favorite (albeit grammatically incorrect) “woke.”

But does anyone really believe these people actually spend any time dreaming about a world with no possessions… of being as poor as the people they look down on? Hell no. The thought of being without their designer clothes and gated mansions, having to actually live like – or, God forbid, near — us is the sort of nightmare that wakes them from a sound sleep with cold sweats.

They’re snobs. They only want to be around other snobs and they only care about what other snobs think.

It’s like John Buchan once said: “The true definition of a snob is one who craves for what separates men rather than for what unites them.”

Napolitano BOOTED From FOX News After MALE Producer Says He Was Sexually Assaulted By The Former Judge And MORE!
AFF

BREAKING NEWS Out Of Oklahoma- THEY GOT HIM!
AFF