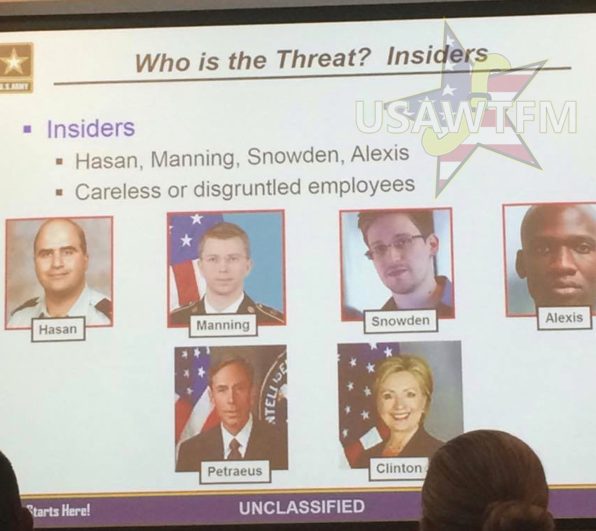 On Sunday, the Daily Caller reported that Democratic Party presidential nominee Hillary Clinton was listed on what appears to be a slide showing potential insider security threats along with former CIA director David Petraeus.

According to Jonah Bennett:

Admins of the Facebook page “U.S. Army W.T.F! moments” told The Daily Caller News Foundation this is the second time they’ve received a picture of this particular slide in the last six months. They posted the slide to their page Sunday.

Admins said the picture came from a servicemember stationed at Fort Leonard Wood in Missouri.

“The text of ‘careless or disgruntled employees’ echoes FBI Director James Comey’s description, ‘extremely careless,’ of Clinton’s handling of top secret and classified information when she served as Secretary of State. Comey then went on to recommend to the Department of Justice that no criminal charges be filed against her,” Bennett added.

Clinton is considered an insider threat, according to the slide, because she is “careless” and/or “disgruntled”. Those adjectives are kind considering the numerous times her career has been connected to the development of ISIS. Republican presidential candidate Donald Trump has considered Clinton one of the “founders” of ISIS–meaning her actions helped contribute to its founding and growth while she was Secretary of State.

“Even the media, who usually protects Hillary Clinton from any disparagement against Trump, regularly calls out Clinton for becoming ‘tone deaf’ about ethics and lacks “transparency, candor, and accountability,” Regan Pifer said.  “On a daily basis, Clinton demonstrates why she should not be our next President. The U.S. Army’s operational security report is only confirming what we’ve been seeing all along.”

“You realize when Secretary Clinton is elected this brief becomes a UCMJ violation (Article 88, Disrespect towards officials),” one Facebook user said.

A post at Popular Military said this slide was part of annual TARP, or Training Requirement for Threat Awareness and Reporting Program.  All Army personnel — including active duty, Reserve, National Guard, contractors and DA civilians — are required to receive this training every year.

And yet, Clinton is just one election away from becoming the most powerful person in the world. 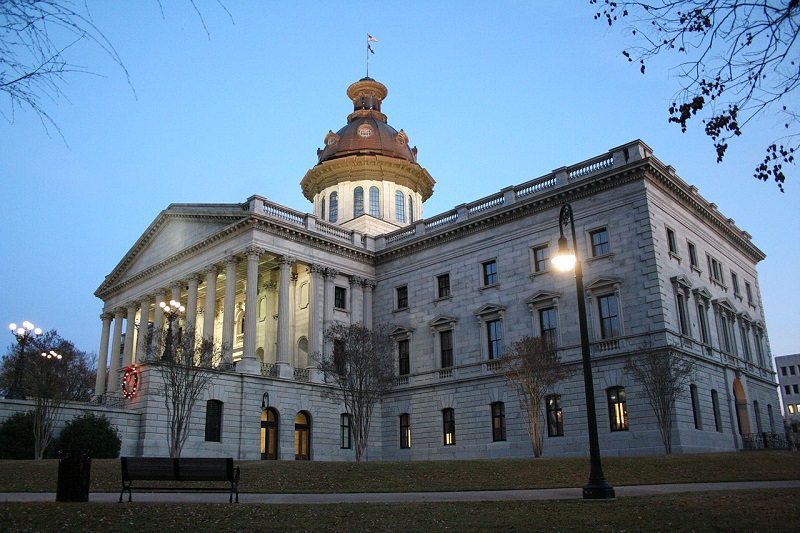 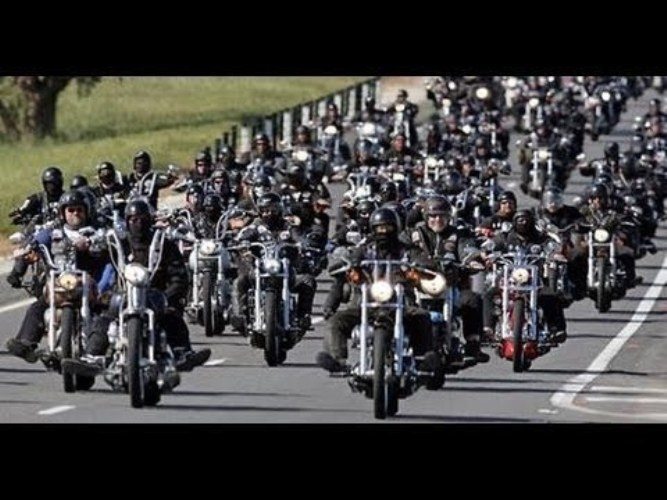 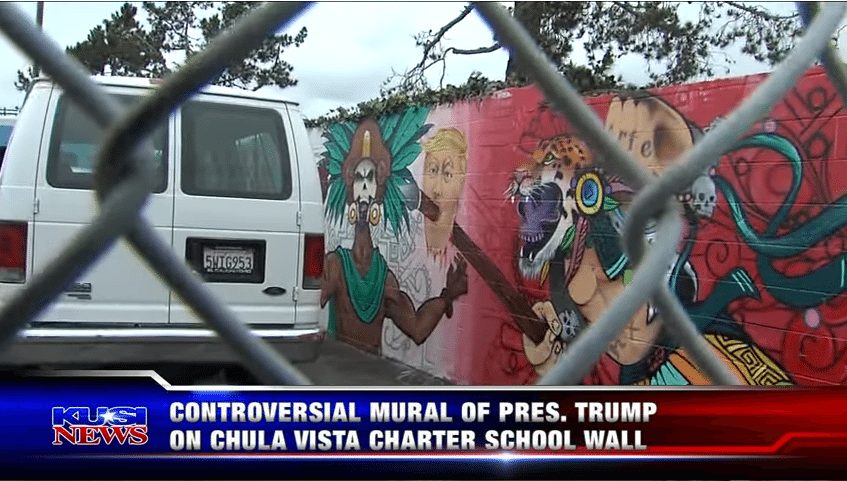