A woman was arrested on Sunday at the Peace Bridge in Buffalo as she was trying to cross into the United States. She is a suspect in the White House ricin incident from Saturday. While information is slim at this point, it was stated that she had a gun on her person. She is also suspected of sending the ricin to Texas officials.

The Canadian woman charged for sending ricin to President Trump & law enforcement agencies in Texas was previously deported. Pascale Ferrier tried to cross back into the US on Sunday & was found carrying a gun. She recently tweeted about killing Trump. https://t.co/nvACsTHsTP pic.twitter.com/EnuKaViQwY

A spokesperson for U.S. Customs and Border Protection (CBP) has confirmed to WGRZ-TV that a woman suspected of sending a letter containing the poison ricin to President Donald Trump was arrested at the Peace Bridge in Buffalo.

The official, CBP Buffalo Field Office Public Affairs Liaison Aaron Bowker, did not say when the arrest was made, although Candian authorities stated she was arrested Sunday. Her name was not released. U.S. Authorities in Washington DC are expected to charge her. CBS reported that the hearing for the woman is set for Tuesday at 4 p.m. in the court of Magistrate Judge H. Kenneth Schroeder, Jr.

U.S. officials have reportedly arrested a woman suspected of sending a letter containing the poisonous substance ricin to the White House, addressed to President Trump, according to a U.S. law enforcement official.FBI officials did not immediately return a request for comment from The Hill. The agency said a day earlier that it did not believe a threat to public safety was ongoing. Secret Service officials also did not immediately confirm the woman’s arrest…

…Canadian officials added Saturday that they were assisting with the U.S.’s investigation, though no other information about a suspect was available.

“We are aware of the concerning reports of packages containing ricin directed toward U.S. federal government sites,” a spokeswoman for Canada’s minister of public safety, Bill Blair, told CNN. “Canadian law enforcement is working closely with their US counterparts. As this is an active investigation we cannot comment further.”

On Monday morning, specialized teams of Canadian authorities investigated a condo in Longueuil, Quebec that was supposedly connected to the suspect. The units near the condo were evacuated.

Our Chemical, Biological, Radiological, Nuclear, Explosives team (CBRNE) is leading the operation. Police and Fire teams from Longueuil are also on site.  All necessary measures have been taken to ensure public safety.

A swarm of police teams arrived at a residential building on Vauquelin Boulevard in Montreal’s St-Hubert at 10 a.m. on Monday. A CBRNE (Chemical, Biological, Radiological, Nuclear and Explosive) team is leading the operation, which also involves local police and firefighters.

RCMP Cpl. Charles Poirier confirmed the search warrant concerns the “suspicious packages” sent to the White House and “other areas of the United States.” He said a number of surrounding units in the condo building have been evacuated as a precaution.

“There’s a link between the female suspect who was arrested in Buffalo, N.Y. yesterday and this residence,” he told reporters from the scene.

“We can’t confirm that it’s actually her residence. We know she’s linked to that address, but the nature of that link, that’s yet to come.”

More information will be reported as it is received. 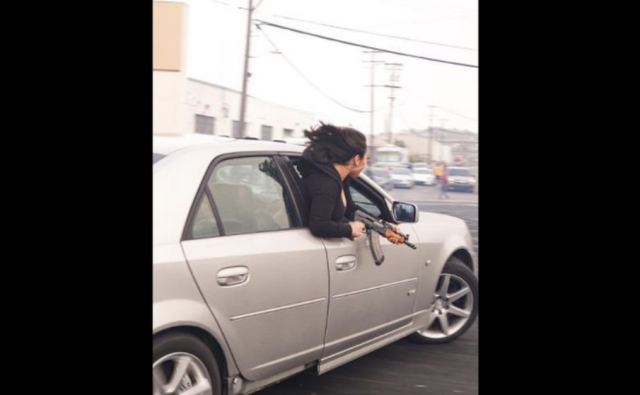