On Tuesday, Fox News’ Peter Doocy did what the rest of the media should have done ages ago — he confronted White House Chief Propagandist Karine Jean-Pierre for denying that Donald Trump won the 2016 election and that Gov. Kemp won his election in Georgia.

Of course, Jean-Pierre responded with an incredibly ridiculous answer.

“You tweeted in 2016 that Trump stole an election,” Doocy began.

“Oh, I knew this was coming,” Jean-Pierre said, cutting him off. “I was waiting, Peter, for when you were going to ask me that question.”

“Let’s be really clear: That comparison you just made is ridiculous,” Jean-Pierre said, adding that she was speaking specifically about voting rights at the time.

“Governor Kemp won the election in Georgia. I have been clear about that,” she continued. “I have said President Trump won the election in 2016, and I have been clear about that. What we are talking about right now is, let’s not forget, what happened on Jan. 6th, 2021. We saw an insurrection, a mob, that was incited by the person who occupied [the White House]. … It was an attack on our democracy.”

Here’s the tweet in which Jean-Pierre became a direct threat to “democracy.”

And here’s what she had to say about Kemp’s election back in the day:

Yes – the race was stolen.

Here’s what she wants us to believe:

DOOCY: "If we're all in agreement that it is incorrect to say the 2020 election was stolen, what about the 2016 election?"

KJP: "We're gonna focus on the here and now." pic.twitter.com/3NHa3A8NAT

DOOCY: "You tweeted in 2016 that Trump stole an election."

KJP: "I knew this was coming."

DOOCY: "If denying election results is extreme now, why wasn't it then?"

KJP: "That comparison that you made is just ridiculous." pic.twitter.com/EJyoykV1Ta

One has to assume @KJP46 says the comparison is "ridiculous" because she still believes the 2016 election really WAS stolen, right? https://t.co/xocmsmba7F pic.twitter.com/2hA3N0Hk8C

Of course, she’s a lying liar.  Which is fitting, since she serves a crooked politician who lies every time he opens his crooked lips. 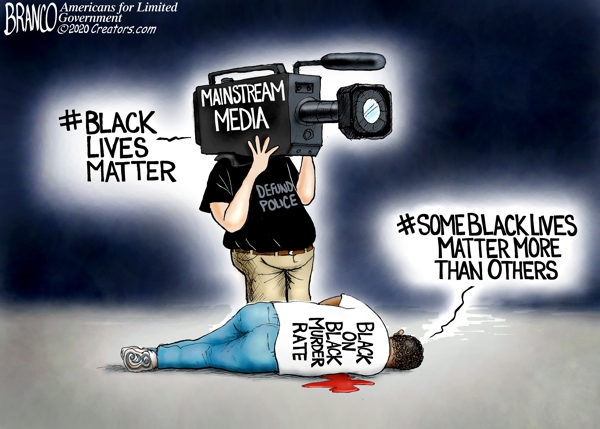 Cartoon of the Day: What Matters Most?