According to the CEO of Aetna, Obamacare is in a “death spiral.” Mark Bertolini predicted that, as bad as Obamacare’s problems of declining enrollments and fewer insurance companies are this year, next year is likely to be worse. By 2018, some areas of the country may not have a single insurance company in their health insurance exchanges.

“It’s not going to get any better; it’s getting worse,” Bertolini said in an interview with Politico.

Last year, Aetna announced that it would pull out of most insurance exchanges for 2017. Earlier this week, Humana announced that it was withdrawing from the program for 2018. The withdrawal of the two large insurers means that Blue Cross Blue Shield is largest remaining company in most insurance markets. If Blue Cross elects to exit the exchanges, it would be catastrophic for Obamacare.

Bertolini expressed support for a number of ideas that are being considered by Republicans. Less expensive major medical plans linked to health savings accounts would help encourage younger, healthier consumers to buy health insurance. He also supports a risk pool for insurance companies who have high losses due to large numbers of sick policyholders.

“The repeal is easy. They can do that tomorrow if they want to,” Bertolini said. “The question is what does the replacement look like and how long does it take to get there.”

But Republican divisions over what the replacement will look like seem more and more likely to derail the repeal entirely.

“I hear things that are unacceptable to me,” said Sen. Rand Paul (R-Ky.) in Politico after a meeting in which Republicans discussed keeping the Medicare expansion and creating a system of tax credits. “If they don’t seem to care what conservatives think about complete repeal of Obamacare, they’re going to be shocked when they count the votes.”

The initial division between Republicans was whether to repeal and replace Obamacare simultaneously or repeal immediately and craft a replacement later. President Trump intervened on behalf of the simultaneous action, but has since failed to offer clear guidance on the Administration’s strategy.

“Right now, I would say it’s not that easy to repeal it. I don’t know if it’s a guarantee,” said Rep. Peter King (R-N.Y.). “I don’t know where the White House is. The president has said he’s not going to be kicking people off the program, off the rolls. He’s not going to do that.”

Currently, one faction of Republicans favors crafting a repeal bill that will avoid Democratic filibusters by bundling the repeal and replacement together in a budget reconciliation. Such a strategy would prevent the Senate’s 48 Democrats from blocking cloture votes on individual replacement bills. Speaker Paul Ryan set a timeline for repeal that would pass a bill by the end of March.

That isn’t quick enough for the House Freedom Caucus. CNN reports that the group is seeking a vote on the 2015 repeal bill that was vetoed by President Obama. “For goodness sake, we should be able to put something on President Trump’s desk that’s at least as good as what we put on President Obama’s desk. Not something watered down,” said Rep. Jim Jordan (R-Ohio). “Let’s repeal it. Let’s do what the voters sent us here to do.”

Medicaid is proving to be a sticking point for some Republicans from states that approved the Medicaid expansion. The Freedom Caucus plan would give a two-year transition period, but many Republican senators want more time for their constituents to find replacement coverage.

Meanwhile, the White House doesn’t seem to have a specific plan. “Statements from the White House about it, frankly, would be helpful,” Rep. Carlos Curbelo (R-Fl.) told Politico.

President Trump’s bully pulpit would be valuable in unifying Republicans to a single bill and winning public support. Unfortunately, several GOP officials say that Trump’s shifting positions and public statements that often differ with what they are told behind closed doors have caused them to tune the president out. 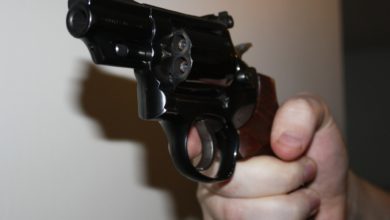